San Francisco (CNN Business)This year’s 4/20 was shaping up to be big.

The high holiday honoring the cannabis plant was projected to draw record public celebrations and retail sales — a reflection of the grassroots movement evolution into a burgeoning US industry. Plus, at 4:20 pm on April 20, 2020, it is the year of “four 20s.”
This year’s 4/20 will indeed be significant, but for different reasons.

As a result of the coronavirus pandemic, event planners have scrapped plans for large; outdoor gatherings; groups have organized online livestreams; and retailers have shifted expectations for a day that typically rang like Christmas to their cash registers. 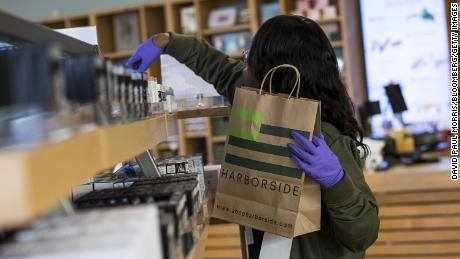 “It’s bittersweet, but we want to make sure everybody is safe,” said Alex Aquino, whose Sounds Bazaar event business organized the annual 4/20 gathering on San Francisco’s Hippie Hill, which typically attracts more than 20,000 attendees.

Aquino and crew had spent more than eight months planning for this year’s iteration, which was set to be the first-ever free 4/20 event to have legal cannabis sales on-site.
“We were pretty excited; it was definitely a big milestone for us,” Aquino said in an interview with CNN Business. “We got everything prepared, and here comes this little virus that was lingering. And all of a sudden, it’s a pandemic.” 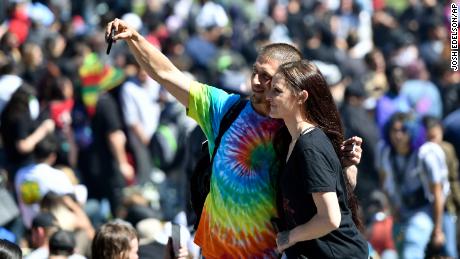 Instead, the party is moving online, with help of sponsor Weedmaps, and featuring appearances and performances from Mike Tyson, Billy Ray Cyrus, Erykah Badu and Wiz Khalifa.
“We’re human and we want to interact; we want to belong to something and gather,” he said. “So it is a different shift in the vibe of it all.”
The funneling of large gatherings throughout dozens of online livestreams creates challenges for advocacy organizations such as the National Organization for the Reform of Marijuana Laws, which typically would have volunteers fan out amongst the crowds to highlight causes such as state legalization measures.
Instead, NORML will heavily promote online education and advocacy efforts such as its “Smoke the Vote” election guide.
“When a door closes, a window opens,” said Erik Altieri, executive director of NORML, which is also encouraging both consumers and businesses to behave responsibly on 4/20.
“Businesses just need to make sure that they’re not putting their bottom lines over the health of the community,” he said. “And we’ve seen that largely abided by so far.”
On April 20, 2019, Americans spent $90 million on state-legal cannabis purchases, according to BDS Analytics, which tracks points-of-sale data at dispensaries.
“But this year, everything is in question,” said Roy Bingham, BDS Analytics co-founder.
Typically, cannabis businesses run promotions and discounts for 4/20, resulting in large swaths of people flocking to dispensaries.
“Until Covid-19, a new record this 4/20 seemed inevitable,” he said.
According to a forecast by BDS Analytics, legal cannabis sales in America were on track to grow by 31% to $16.3 billion in 2020. In February, legal cannabis sales were up 17% from the year before, he said.
During the Covid-19 pandemic, cannabis businesses are trying to walk the fine line of celebrating 4/20 and generating some business while not generating any crowds.

“We turned it from a daylong celebration to a monthlong [event],” said Jeff Yapp, chief executive officer of Golden Leaf Holdings, which runs the Chalice Farms dispensaries in Oregon.
The company quickly canceled plans for 4/20 block parties and instead focused on encouraging virtual gatherings and online sales for delivery or curbside pickup.
Source: Read Full Article