Categories such as washing machines, refrigerators and television sets have seen sales growth of around 8-10 per cent in August compared to last year, industry sources said, with September also reporting a similar growth trajectory. 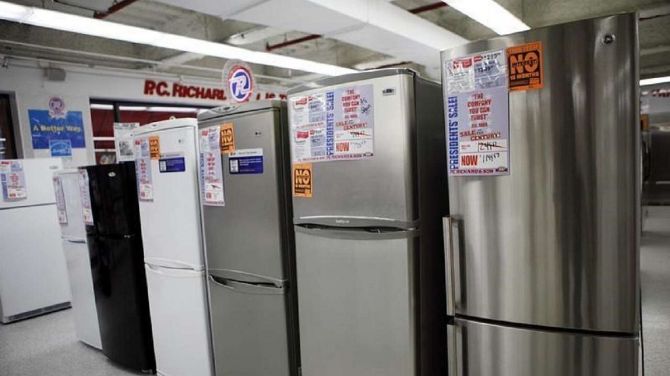 Companies – including durable and electronic players – that depend on the festive season for their sales said August and September are ticking up well.

This has prompted them to prepare for the Dussehra-Diwali period that kicks in next month.

This optimism comes amid warning notes by economists who said that the economic recovery remains weak.

“I don’t think we will see a V-shaped recovery.

“However, the good sign is that contraction in the index of industrial production (IIP) is slowing from the decline of 57.6 per cent seen in April, which was the full month of the lockdown,” said Madan Sabnavis, chief economist, CARE Ratings.

“As we approach the Dussehra-Diwali period, some demand should manifest itself, both in rural and urban areas, in the durable categories. This should augur well for these companies,” Sabnavis said.

Over a third of durable sales happens in the festive season, with companies gearing up for the season from August-September, pushing their products into trade and lining up their festive campaigns.

Small appliances are also bought in large numbers during the festive season as gift items, experts said, making it an important period for them.

“From August, we’ve seen demand come in well for the home appliances and even the television market as the vertical lockdowns have eased and there is greater movement of goods,” said Kamal Nandi, business head and executive vice-president, Godrej Appliances.

“While the demand is a result of the lifestyle changes triggered by Covid-19, it is still heartening to note that there is some consumption happening at a time when financial insecurity remains high among people in general,” said Nandi, who is also the president of the Consumer Electronics and Appliances Manufacturers Association (CEAMA).

Categories such as washing machines, refrigerators and television sets have seen sales growth of around 8-10 per cent in August compared to last year, industry sources said, with September also reporting a similar growth trajectory.

“We saw pent-up demand in June and July, once the Unlock programme began.

“August onwards, however, demand has been more sustainable, which is a good sign,” Bajaj added.

T T Jagannathan, chairman, TTK Prestige, said that with lower dependence on the domestic help, people are cooking more themselves, fueling the growth of kitchen appliances.

Daily sales at the company are back to what existed before the lockdown and revenue share from e-commerce has doubled, he said.

“Over the medium to long-term, we expect overall revenue to grow in double digits, with the kitchen appliances category expected to grow fastest in the product portfolio,” said Jagannathan.

A report by brokerage ICICI Direct stated that Prestige Smart Kitchen stores, which are the company’s exclusive outlets, have seen sharp surge in average daily sales in June.

This is because people sought to buy products of their choice with the Unlock programme kicking in.

The trend, the brokerage said, has continued into July and August and is expected to last as consumers remain confined to their homes.

Sector analysts said that most players are running full steam in terms of capacity, with most struggling to catch up with demand.