Mark Barnett, one of the UK’s best-known fund managers and a former protege of Neil Woodford, has left City firm Invesco, a month after being sacked from another high-profile fund he ran.

Barnett, who was with Invesco for 24 years, managed £5bn of investors’ money across several UK equity funds.

Invesco said it was reorganising its product range and management team and that Barnett’s departure had been “mutually agreed”. 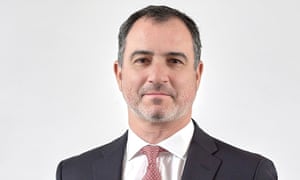 Barnett had run three UK portfolios for the firm: Invesco’s UK Strategic Income, High Income and Income funds. In early April, he was sacked from the Invesco Perpetual Income and Growth Investment Trust, which – despite its name – was not part of Invesco.

Barnett had worked with Woodford, whose investment empire collapsed last year leaving investors nursing losses. Both made big investments in small, unlisted companies, which were difficult to sell when customers wanted to make withdrawals, and also took stakes in firms that had fallen in value in the expectation they would bounce back.

However, returns had been worse than for other UK funds, and as investors started to get concerned about his strategy, Barnett’s funds experienced large withdrawals. According to Reuters, Invesco’s UK Strategic Income, High Income and Income funds recorded total outflows of just over £2bn in the year to September 2019.

Barnett will be replaced by James Goldstone and Ciaran Mallon. Stephanie Butcher, Invesco’s chief investment officer, said she and her colleagues “wish to place on record our appreciation of Mark’s profound commitment to both clients and colleagues over 24 years”.

Barnett said: “I am extremely proud of my career at Invesco and for my long-term track record of value creation for my clients.”

In March, it was reported that Barnett had sold all of the unlisted stocks in his High Income and Income portfolios at a discount of 60%. The move reduced the value of investors’ holdings by 5%.

Last year, the Bank of England said it was considering whether funds such as Barnett’s, which invested in these kinds of illiquid assets, should have restrictions on withdrawals by investors.