On February 24, when Vladi­mir Putin announced a military operation on Ukraine, few would have thought that Indian government-owned GAIL India would feel the impact. 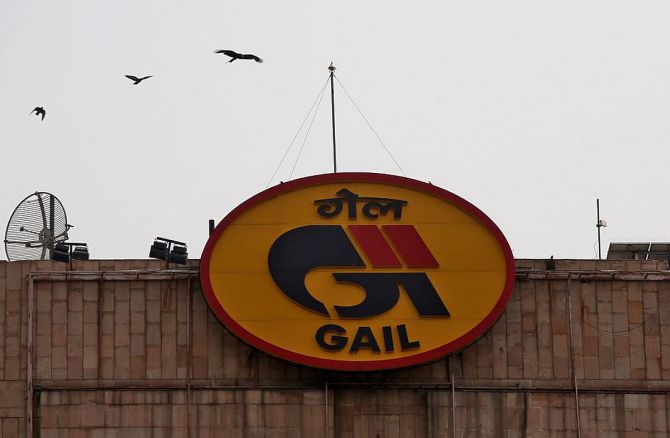 The tensions over gas supplies were essentially a Europe-Russia problem, related to the sanctions western economies imposed on Moscow.

But the EU de­pends on Russian imports for 40 per cent of its gas stocks, an over-dependence that Russia has underlined with Kremlin-owned Gazprom cutting its supplies through the Nord Stream 1 pipeline to 20 per cent, citing maintenance issues.

Blowback from this gas crisis is finally having an impact on India, too, as Europe started drawing more gas to tide over the short supply, ahead of the winter.

Earlier this month, state-run GAIL (India) has said that a former Gazprom subsidiary has invoked force majeure on long-term liquefied natural gas (LNG) contracts, resulting in the rationing of gas for fertiliser and other industries.

GAIL’s consumers are facing a supply cut of at least 10 per cent due to the current crisis, an issue that could impact India’s signature city gas distribution (CGD) project and impact government finances by way of higher fertiliser subsidy.

So far, the company has defaulted on supply of eight cargoes.

The last supply GAIL received was in June.

In calendar 2022, the Gazprom subsidiary was supposed to supply 2.5 million tonnes or 36 cargoes of LNG to India.

This is a considerable quantity of around 17 per cent of GAIL’s total long-term LNG deal of around 14.5 million tonnes per annum.

The current crisis occurred after Russia’s Gazprom decided to give up ownership of its German unit.

That was in April, following European sanctions on the Kremlin.

Gazprom decided to cut its ties with the German subsidiary so the German government had to take temporary control of the company to ensure gas supplies to its own country.

This also led to the cut in long-term LNG supplies to other countries as well, since the German unit can no longer source LNG from Russia on account of sanctions.

Gazprom had asked the German company to avoid any identification with the Gazprom Group.

For India, this was an unexpected crisis.

According to B C Tripathi, who was chairman and managing director of GAIL for over a decade and instrumental in converting it into a multi-asset multinational portfolio company, recalls the situation that led to the signing of an LNG deal with Russia.

“At that time, Qatar was not ready to supply required gas to us at an intended price.

“So, we diversified into Russia, the United States and Australia for future LNG,” Tripathi said.

The plan was to touch full volume in 2023. For the first two years, supplies from Russia were at least $2 million metric British thermal unit (mmBtu) cheaper and in the longer run also it will be around $1 mmBtu cheaper than imports from Qatar, say experts.

So what are GAIL’s alternatives now? The state-owned supplier will have to access costlier spot LNG to start with.

The company is also exp­loring options for advancing some of its imports from the US.

With the spot LNG prices in Asian market hovering at around $40 per mmBtu, the prices will be unviable for consumers like power and fertilisers.

A report by Prabhudas Lilladher on Monday said that the global gas market remains in a state of flux, as high EU demand to offset lower Russian gas supplies has led to spike in spot LNG prices to over $44 per mmbtu.

This can be compared to the current long-term deals by India, which are in the range of $12-15 per mmBtu.

The report added that high growth opportunities from City Gas Distribution (CGD) and power sector ramp-up will spur gas demand in the country.

Based on a CRISIL report, power demand in India is likely to grow over 6 per cent in FY23.

In the 11th round of CGD bidding that concluded recently, around 65 geographical areas (GAs) were on offer, covering 251 districts, which may see investments to the tune of around Rs 80,000 crore.

Till the tenth round, 228 GAs are allotted, covering 53 per cent of the geographical area and 70 per cent of its population.

But a rise in gas prices has a more deleterious impact since it will raise the cost of urea and fertiliser production and India’s subsidy bill.

During the first quarter of the current financial year between April and June, out of the total LNG consumption of 6,918 million metric standard cubic meters (mmscmd), around 49 per cent was allotted to the fertiliser sector, followed by 16 per cent to CGD segment, 7 per cent to power, 10 per cent to refinery, 4 per cent to petrochemicals and 12 per cent to other sectors.

According to a GAIL official, the company is trying to balance the supply among all the other sectors, so that supply cuts are not felt on a larger scale to a single sector.

The company has said that to compensate for the GMTS shortfall of around 8.5 million standard cubic metres per day, it has decided to restrict supplies to “take or pay” consumers — an arrangement that requires buyers to lift 90 per cent of the volume or pay the supplier.

Sources said the company is according preference to the transport and CGD sector, which tops the priority list.

GAIL’s director (fin­an­ce) R K Jain told reporters that the company is scouting in the US and West Asian markets for short-, medium- and long-term gas supplies but it may find the going tougher since Europe is expanding its buying from these sources, too.

Experts indicate that India is still in a comfortable position as it is dependent on the US for around 30 per cent of its LNG requirement.

For the time being, it is this reliable diversified supply that puts India one step ahead compared to Europe that was dependent on one gas basket.