IS Thar the pinch-hitter Mahindra so badly needs?

With the Thar, M&M has come full circle. In a market where every other vehicle has an SUV tag, the company plans to stick to its core competence of making rugged, true-blue, all-terrain SUVs, and marks a fresh beginning for the 75-year-old firm that enjoyed an indomitable position in the SUV segment till 2012, reports Shally Seth Mohile. Mahindra & Mahindra (M&M) is set to redefine its brand DNA as it seeks to make a strong comeback in a market where it lost ground to rivals.

Launching the all-new Thar, the iconic SUV that broke cover on Independence Day, was the first step towards that direction as the vehicle holds the “brand DNA in its purest form”, said Rajesh Jejurikar, executive director, auto and farm equipment sectors. With Thar, M&M is going full circle. Jejurikar said that, in a market where every other vehicle has an SUV tag, his company plans to stick to its core competence of making rugged, true-blue, all-terrain SUVs.

The change in tack comes amid the maker of the Scorpio, Bolero, XUV500 models losing ground to rivals from Japan, Korea, and Europe.

It marks a fresh beginning for the 75-year-old firm that enjoyed an indomitable position in the SUV segment till 2012. 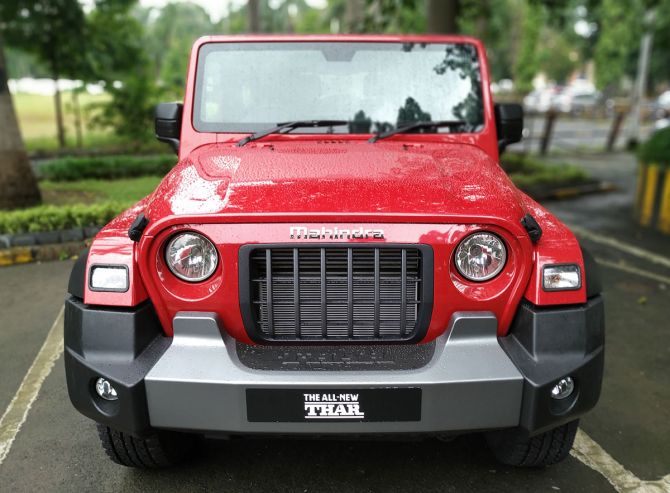 M&M’s stronghold in the segment began to change with the entry of “car-like SUVs” or soft roaders.

In response to competition, M&M, too, launched SUVs with car like stance — not one but several, including the Quanto, NuvoSport, KUV100, Verito Vibe, TUV300, and XUV300.

But it was late and none lived up to volume expectations and excited SUV buyers.

In the process of protecting its turf and chasing volumes, M&M ceded ground to competition in a big way. Mahantesh Sabarad, head of retail research at SBICAP Securities, said: “M&M’s attempts to make compact SUVs failed as they had more SUV underpinnings than was expected by buyers.” He doesn’t think the new redefined brand positioning will help much.

“Their earlier attempt at targeting urban buyers didn’t help,” he said alluding to the ‘Live Young, Live Free’ campaign. “It had its fan following, but that did not sustain.”

Puneet Gupta, associate director at market research firm IHS Markit, said that with a lot riding on the Thar, it is critical that the company gets the pricing right. “They have got the two Ps — product and positioning — right for the Thar. I hope they get the price right, too,” said Gupta. With nothing else in the product pipeline in FY21, and a tough competition from Kia Motors, Hyundai, and even arch rival Tata Motors, which now boasts of a fresh line-up of products, M&M can no longer afford to have any product that fails to meet aspirations.

“They badly need a volume spinner,” Gupta said. M&M is expected to price the Thar between Rs 12 lakh and Rs 15 lakh, below that of the Scorpio’s.

It’s a critical juncture at which Jejurikar has taken charge of the auto business, and he is busy crafting a comeback plan.

The firm plans to manifest the redefined strategy through a sharper, more differentiated SUV focus, he said.

“Mahindra SUVs stand for being tough, edgy, and unique. Wherever we have done that, we have been successful. The next three launches will help us consolidate our position. All these models will be geared towards generating financial returns.”

But then he is also not in favour of “blindly chasing market share” and wants to steer clear of segments where M&M doesn’t have a competitive advantage.