Meatpacking Plants Turn To Trump For Backup Against Lawsuits

As more than 10,000 workers in meat-processing plants have fallen sick with the coronavirus and at least 30 have died, corporate food giants facing liability lawsuits are turning to a powerful ally: the White House.

On April 30, two days after President Donald Trump ordered meatpacking facilities to stay open amid the pandemic, a lawyer defending Smithfield Foods told a judge that the company expected federal regulators to come to its defense.

The country’s largest pork processor had been accused of failing to protect workers at its Milan, Missouri, plant. At a preliminary hearing in Kansas City, Missouri, Smithfield lawyer Alexandra Cunningham said the Department of Labor would provide “support to employers” and “come in and talk about” the company’s compliance with federal standards.

“They’re not suggesting in any way that … private litigants can go around the country and try to enforce their standards,” she said, according to a court transcript. “I feel pretty confident we could get a statement from [the Occupational Safety and Health Administration stating] that’s not the case if the Court is inclined to interpret it that way.”

The statement raised red flags for legal experts who interpreted it to mean “the Department of Labor is more interested in coming up with ways to protect companies than to protect workers,” said Adam Pulver, an attorney at the consumer watchdog Public Citizen.

“The Department of Labor has a duty to the workers who are putting their health and safety at risk every day,” Pulver, a former senior attorney at the Labor Department under President Barack Obama, told HuffPost this week. “To the extent that the Department of Labor is collaborating with meatpacking plants, it should be open and transparent about all of those conversations.” 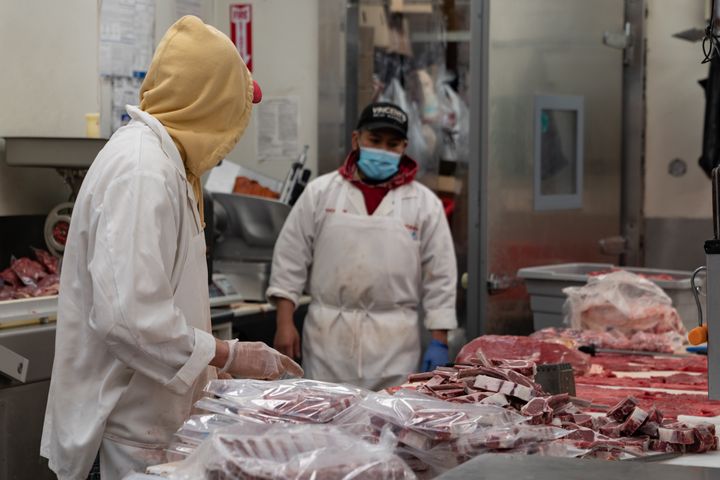 The Labor Department did not respond to a request for comment. But a week after a judge dismissed the case, on the grounds that Smithfield had addressed its federal safety standards since the lawsuit was filed, a top Senate Republican aide told Bloomberg Law that shielding companies from liability in worker suits was Labor Secretary Eugene Scalia’s “bailiwick.”

“All I can say is this issue is one that he is quite familiar with given his background, so it’s not unusual that people are seeking his input, but I don’t want to go into any details,” Pizzella said.

The Trump administration’s offer of help to meatpacking companies comes as the president presses federal and state officials to abandon lockdown measures that scientists say are saving tens of thousands of lives, and to reopen businesses in a bid to revive the economy ahead of November’s election. Just this week, the U.S. Department of Agriculture lauded the restart of meat production at 14 facilities, including two Smithfield pork plants in Illinois and South Dakota.

But without new safety measures, the reopening amounted to what the United Food and Commercial Workers International Union ― the nation’s largest food workers union, representing more than 250,000 workers in the meatpacking and food processing industries ― called “a reckless move that will put American lives at risk and further endanger the long-term security of our nation’s food supply.”

Counties with or near a meatpacking plant have almost twice the rate of known COVID-19 cases as the national average, according to an Environmental Working Group analysis based on Johns Hopkins University data that was published Thursday.

The anonymous employee who filed the lawsuit against the Smithfield plant in Milan along with the Rural Community Workers Alliance, a local nonprofit whose leadership council includes Smithfield workers, told HuffPost she predicted the virus would spread quickly there.

The employee, known in the suit as “Jane Doe,” said workers at the brightly lit, refrigerated Smithfield factory are cramped close together for hours on the cutting floor and in lunchrooms. Even under normal conditions, the job is grueling. Workers suffer repetitive stress injuries carving up thousands of hogs per day, and fear penalties for any mistakes that slow the line. Bathroom breaks are so tightly regulated, workers regularly contract urinary tract infections ― or just urinate on themselves.

“People have had accidents because they don’t let them go to the bathroom on time,” she told HuffPost. “This one particular person I know… it took so long for him to get a break that he peed his pants.” 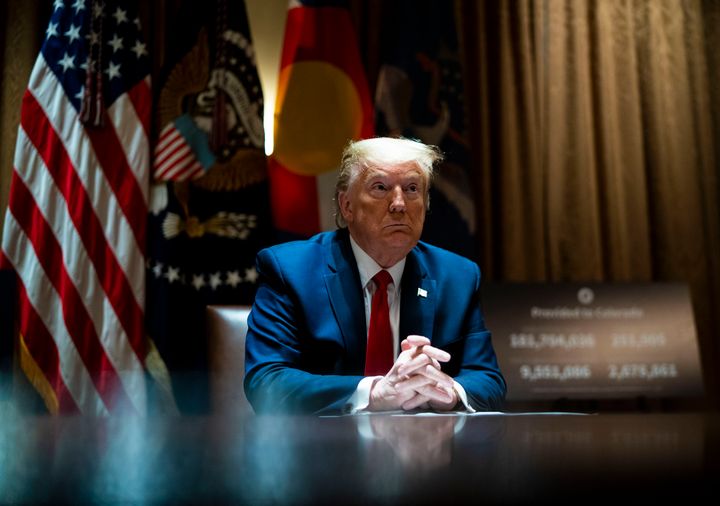 Yet over a month after states began enacting lockdown measures and businesses started shutting down, the company failed to put social-distancing plans in place. No one received a mask until April 16, according to the lawsuit. When managers started checking workers’ temperatures before they clocked in for their shifts, the effort created a bottleneck that led to more crowding.

Smithfield managers even “punished workers for trying to cover their mouths when they coughed or sneezed and provided no tissues, and Smithfield was punishing workers who took sick leave,” according to the complaint.

After the lawsuit was filed last month, the company began implementing new safety measures, the anonymous employee said. Smithfield also started testing workers for COVID-19, with four new cases identified this week, according to a report by the Kirksville Daily Express.

“The fact that there are now positive tests proves that Smithfield’s claims, and the court’s conclusions, that it had taken enough steps are false,” said David Muraskin, the senior attorney at the nonprofit Public Justice who handled the lawsuit. “The company plainly needs to do more to protect its workers.”

In a statement, Smithfield called the lawsuit “frivolous” and “full of specious allegations that were without factual or legal merit,” and said the assertions were “based on speculation, hearsay, anonymous declarations and outdated information.”

“This was nothing more than an attempt by a number of interconnected groups to promote their agenda through outrageous accusations,” the statement reads. “Importantly, the Court recognized the ‘significant measures’ Smithfield is taking to protect the health and safety of its employees.”

Federal officials aren’t the only ones aiding meatpacking companies at the expense of transparency about worker safety.

In Nebraska, where confirmed COVID-19 cases topped 7,000 last week, Gov. Pete Ricketts (R) announced that state health officials would no longer disclose how many workers were infected at each meatpacking plant.

In South Dakota, the first major hot spot for COVID-19 in meatpacking plants, Gov. Kristi Noem (R) blamed the 1,000 confirmed cases in the community around Smithfield’s pork plant in Sioux Falls on workers who failed to take necessary precautions.

“Ninety-nine percent of what’s going on today wasn’t happening inside the facility,” Noem said on Fox News last month. Instead, she said, the virus spread “more at home, where these employees were going home and spreading some of the virus because a lot of these folks who work at this plant live in the community, the same building, sometimes in the same apartment.”

The Democratic attorneys general in Virginia, North Carolina and Minnesota ― three states with major meat-processing industries ― have yet to take action against any companies there, but advocates are pressing for probes, Pulver said.

Right now, GOP officials may be marching in lockstep to defend meatpackers, but “in previous Republican administrations, there was no reluctance for the Department of Labor to go after bad actors,” said Debbie Berkowitz, a former senior official at OSHA who now works at the nonprofit National Employment Law Project.

“Some of the highest penalties given to the meat industry were during the first Bush administration in the late 1980s, when workers and unions were publicizing horrendous conditions in the plants,” Berkowitz said. “What you have here is totally unprecedented in that the administration is completely throwing these blue-collar workers under the bus.”