The warning has come from former business secretary and Lib Dem leader Sir Vince Cable as anger grows over the way people with limited company directorships have been barred from receiving any bailout money. It is estimated that the gap in help has hit around 5.9 million small businesses in the UK, usually small or family companies including many sole traders,  that employ 16.6 million and contribute £2.2 trillion to the economy. While big corporations have been criticised for abusing the furloughing rules by using the coronavirus to cut costs and let the government pay the wages for staff, this group of self employed people have been left with less than people on benefits.

When the Sunday Express pressed Michael Gove on the issue at last week’s Downing Street press conference, the paper received dozens of messages from furious self employed people demanding a change to the rules to get them through this crisis.

Sir Vince, who was business secretary throughout the coalition government from 2010 to 2015, told the Sunday Express: “You are right that there is an important group of self-employed who create a company and pay themselves as directors.

“It is an accepted, legitimate, form of business and there is no reason why those who use this mechanism should not be eligible for assistance like other self-employed.”

He suggested that the decision not to help them was part of a wider agenda by the tax authorities to change the rules and take away the benefits of being self employed.

He said: “The government, or rather the Inland Revenue, has a deep suspicion of the self-employed because of the non-payment of National Insurance (in return for which the self-employed are under provided with pensions and other benefits).

“The long war over IR35, in which large numbers of self employed contractors are pushed into ‘employed’ status is a symptom of this attitude which fails to recognise genuine self-employed entrepreneurs.” 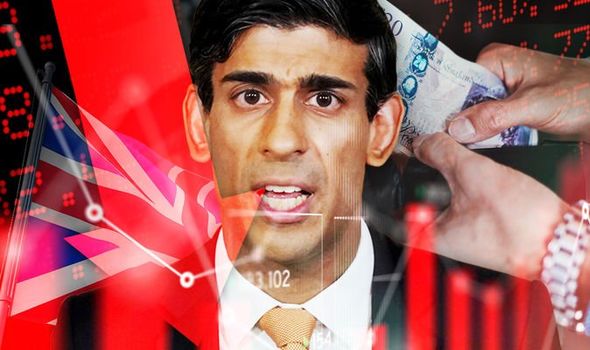 But he pointed out that the failure to address the issue could hit a core vote for the Conservatives.

He said: “White Van Men (a lot of whom are directors of their own companies) are part of the backbone of the British economy and it would be tragic if a lot went under while more comfortable corporates manage to collect a lot of taxpayers’ money through the furlough scheme and guaranteed loans.”

While Mr Sunak has been praised for the swiftness, size and scope of his £250 billion economic aid package, some Conservative MPs are worried that he has not done enough to help the self employed many of whom are in the new blue collar Conservative bracket who helped deliver Labour heartland seats.

Workington Conservative MP Mark Jenkinson, who sits on the business select committee, said: “The Chancellor and Treasury team have created a fantastic support package, at amazing speed, to protect our economy in this unprecedented crisis.

“Unfortunately, the current targeting means that some small businesses and entrepreneurs fall through the cracks. Having given those businesses some breathing space with the furlough scheme and CBILS, we need to look again at that targeting and what can be done to help those others.”

A petition has been launched to change the rules and among the many messages to the Sunday Express there have been some heart breaking stories.

Charley Wood, a podiatrist from Lancashire, said: “I’m still hoping this is a bad dream. I’m a sole employee of a Ltd company, totally overlooked by @RishiSunak. Feel ignored, sad and helpless.”

Keith Webb, a trading director at Spar, warned that “1000’s of businesses are at stake”.

The Business Network representing hundreds of businesses in Cheshire and North Wales: “Businesses which are diverse, hard working and ethical, are struggling with taking in debt as only option. There is no point furloughing staff if Ltd company directors go bust through lack of support.”

Katherine Cleall, a business travel counsellor said: “Many of us are struggling to come to terms with.  My business is corporate travel management. We need support from the government now more than ever!”

Danielle Swain said: “I’ve built a training company from scratch over the last two years and provided work to a brilliant team of four associates who can claim money but I cannot.This is an unfair gap for many.”

Miranda Jessop added: “So many TV crew are set up as limited companies. With no work for the foreseeable future, we have been left with no financial support. We pay our taxes and desperately need a support package comparable to the one offered to the self employed.”

Sue Knight from Hampshire said: “My husband is a freelance construction site manager working through his own CIS registered Ltd company, sole director/ sole employee. Will be getting 80 percent of £719.33 a month if he furloughs himself.

“He pays CIS tax at 20 per cent on his earnings, personal tax, corporation tax, VAT, and is taxed on dividends. Work has dried up. Only went Ltd as agencies using freelancers generally require this and now he’s being penalised because he did the right thing.Has always paid tax on time.”

A Treasury source said: “It’s very difficult to distinguish between owners and managers paying dividends, and people getting dividends from their shares in large companies because it is declared in the same way on the tax return.

“Our priority is to make sure that support is fairly targeted and goes to those who need it most.”