Oppenheimer upgraded Snap stock from Market Perform to Outperform with a price target of $18 per share, representing an approximately 20% premium to the current share price. The analyst expects second quarter revenue growth to remain positive, while usage data suggest a multi-year tailwind with stable user metrics. In addition, Oppenheimer believes that Snap Select video ads could be a promising opportunity over the intermediate term.

The positive earnings surprise helped boost many other social media companies, including Twitter, Inc. (TWTR) and Facebook, Inc. (FB), during the session. 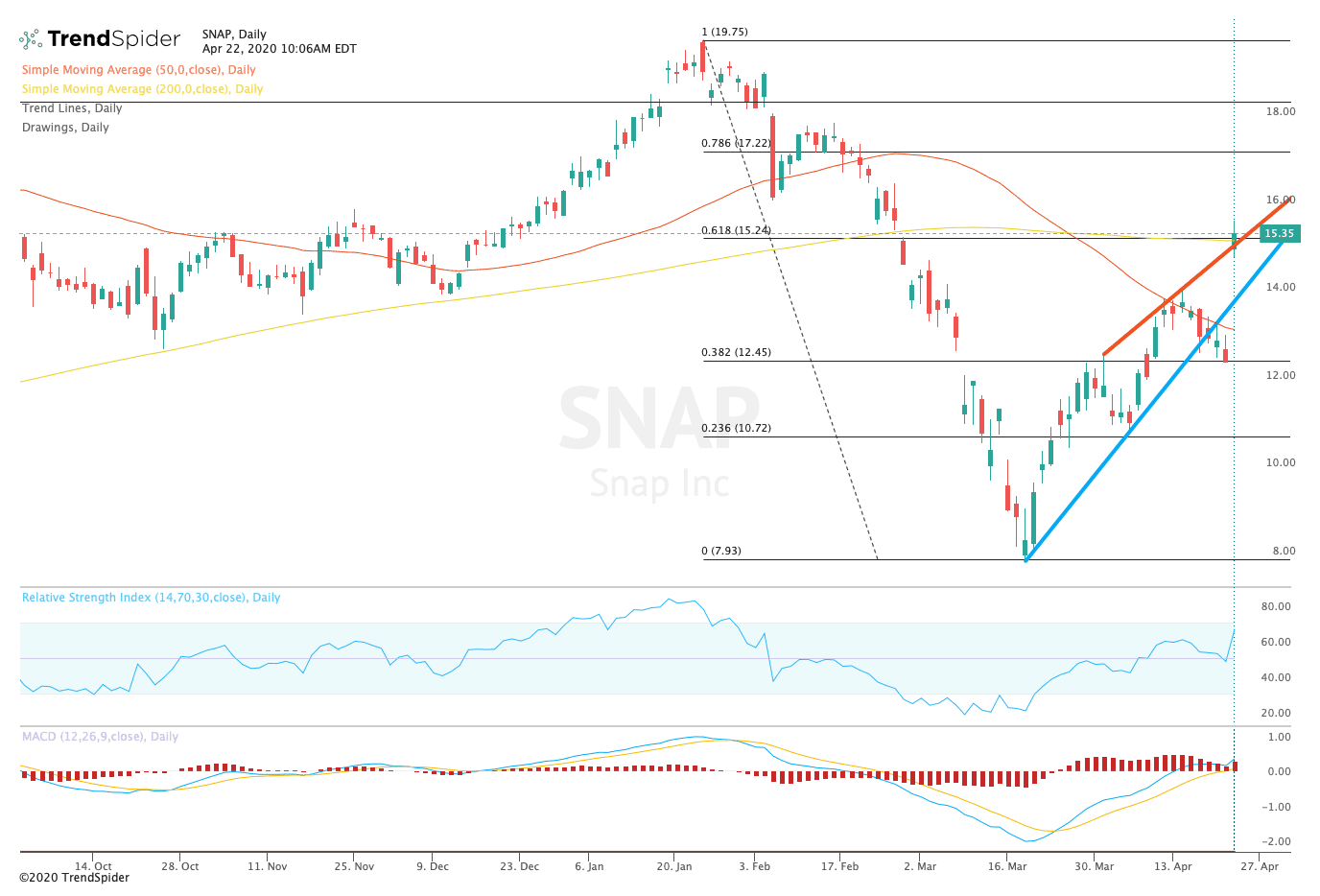 From a technical standpoint, the stock rebounded from trendline support to the 200-day moving average at $15.19 following the strong financial results and analyst upgrade. The relative strength index (RSI) moved toward overbought territory with a reading of 67, but the moving average convergence divergence (MACD) broke above the zero-line. These indicators suggest some consolidation before a further move higher.

Traders should watch for some consolidation above the 200-day moving average if the stock can remain above trendline resistance. If the stock breaks down, traders could see some movement inside of the price channel. The next major area of resistance lies near reaction highs of nearly $18.00, followed by highs of nearly $20.00. If the stock continues to perform strongly, traders could see these levels tested over the coming months.

The author holds no position in the stock(s) mentioned except through passively managed index funds.