Tea planters’ cup of woes is spilling over

The tea industry, hit by rising costs, falling prices and political unrest in the North Bengal plantations, is especially vulnerable to the COVID-19 lockdown. 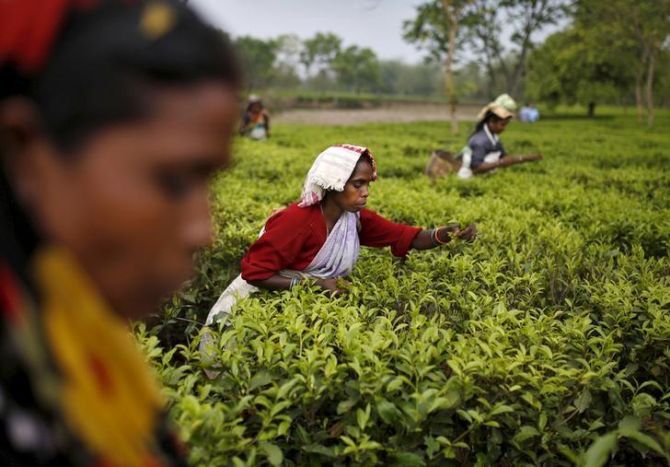 Boutique teas from Darjeeling, the “Champagne of teas” normally sell at record prices.

But this year, the prized first flush is nearly lost to lockdown measures to contain the spread of Covid-19 outbreak, and the industry is in trouble.

“The entire crop is lost,” said Atul Asthana, managing director at the Goodricke Group, which owns some of the best gardens like Castleton, Ma­rgaret’s Hope, Badamtam, Barnesbeg and others.

“There will neither be any record nor any boutique production from Darjeeling,” he added.

Boutique teas have fetched mind-boggling prices in the past.

But right now that’s ha­rdly what’s topmost on the industry’s mind when the entire superior quality first flush is at stake.

Typically, first flush teas account for about 40 per cent of an estate’s annual revenue in Darjeeling.

After a hiatus of over three winter mo­nths, estates in northern India begin production from early-March.

It’s this harvest that sells at a premium compared to the production over the rest of the year.

With the lockdown starting on March 24, all 1,422 registered tea estates and over 250,000 micro-small plantations have been closed.

Darjeeling has 87 gardens. Safety measures for staff and unavailability of transportation were key factors influencing the closure decision.

The result: The entire first flush valued at Rs 150-200 crore – only for Darjeeling – now stands wiped out. That’s about 20 per cent of the entire 8 million kg (mkg) produce in the region.

For Darjeeling, Covid has come as yet another blow.

In 2017, the Go­rkhaland agitation cost tea companies a full-year’s revenue; it never quite recovered from that crisis.

“Since then, demand has fallen as Darjeeling tea was out of the global market for an entire year.

“Now the COVID-19 crisis has worsened it,” a plantation owner from Darjeeling said.

Even though plucking of leaves with 50 per cent manpower has been allowed by the Centre, West Bengal was reluctant to let the estates restart operation initially and finally settled at a 25 per cent manpower rider to allow manufacturing.

Assa­m left the decision to local authorities and all estates have resumed production in that state.

“We had hoped that some recovery could be made but with the manpower rider, I have doubts about the production capacity now.

“Usually we need full manpower at our disposal during the peak season,” said D P Maheshwari, managing director and CEO at Jay Shree Tea and Industries.

West Bengal accounts for around 28 per cent of the production in April, which usually hovers around 85 mkg; Assam accounts for 54 per cent and south India the rest.

Sector experts predict that, at best, the industry, led by south Indian planters in the Nilgiris, can make up for 10 per cent of the first flush.

Hence, an estimated 80-90 mkg of pri­me tea valued at around Rs 1,400 crore is set to be potentially lost this year.

“Sales have been hit hard here as well and there are serious problems with logistics. Tea estates in South India have opened but are way behind functioning fully,” Sanjith R, secretary at United Pla­nters’ Association of Southern India, said.

Tea companies were already reeling under the pressure of increasing cost and liquidity crunch that had been showing up on companies’ financial performance for a while (see table).

Companies said that in the last five years tea prices increased 6-7 per cent whereas costs rose 15-20 per cent.

Add to this the drying up of bank credit to the sector.

Hopes for second flush: The second flush, which begins late-May, is of great significance for Assam and Darjeeling.

Assam has set some world records from second flush.

“If we can resume plantation activities from this month, the second flush should be normal and would largely be unaffected,” a planter with gardens in Dooars (in North Bengal) and Assam, said.

With production slowly resuming, Asthana expects the second flush produce to be normal.

Also, owing to panic buying during the lockdown, tea stocks with retailers are running low, and in­dustry officials expect demand to be high.

Yet demand would also depend on the macroeconomic scenario, industry officials pointed out, since tea is a discretionary spend and consumers may downgrade purchases.

Shadow on exports: Tea Board officials are apprehensive that exports may fall 6-8 per cent this year.

Estimates suggest there could be a shortfall of 16-20 mkg of export-quality tea this year.

A 20 mkg shortfall at last year’s unit prices would translate into a loss of more than $64 million.

Moreover, if production and quality in the second flush are affected then the export shortfall may increase further.

Plantation companies are getting some export enquiries from global buyers, which is an encouraging sign, but samples cannot be sent as courier and shipping services have stopped operations due to the lockdown.

Availability of containers to export destinations once the situation eases is also a worry.

“One needs to consider the fact that enquiries may be there but if tea is not available for supplying, the enquiries will stop”, Asthana said.

That leaves tea exporters heavily reliant on Iran, which is India’s largest overseas market, and Russia, the second la­rgest importer.

Iran though operates on a rupee-rial arrangement owing to the economic sanctions imposed by the US.