When a wave of coronavirus cases hit Colorado, Jessica DeFronzo had little choice but to work through it. Her JoAnn Fabrics and Crafts store in Colorado Springs stayed open to the public, getting so busy with foot traffic that DeFronzo, a cashier manager, compared it to “back-to-back Black Fridays.”

Working for just above the minimum wage felt unfair even in good times. Doing it in a crowded store during a full-blown pandemic seemed borderline crazy.

“A lot of the ladies were concerned and complaining about the health risks of us being at the store,” said DeFronzo, 35. “So we all started talking about ways we could do something about it.”

A strike seemed risky ― they didn’t want anyone to sacrifice wages. So the employees settled on a small protest outside the store last Wednesday, limiting participants in order to follow Centers for Disease Control and Prevention guidelines on crowds. Five JoAnn workers stood near the entrance with signs like “Our Health Over Their Profit” and “We’re Not Understaffed ― We’re Undervalued.” Five supporters, including DeFronzo’s 11-year-old daughter, joined them. A local television station picked up the story.

DeFronzo wondered if they would be fired for speaking out. Instead, word came down from corporate higher-ups that they would close the Colorado Springs store to walk-in customers, allowing only curbside pickup. It was the resolution employees were hoping for.

Workers like DeFronzo and her colleagues are pushing back against employers all over the country right now. Pittsburgh trash collectors, Amazon warehouse pickers, Instacart shoppers and Whole Foods workers have either walked off the job or held protests for higher pay and better protections during the coronavirus outbreak. Most of those workers do not have union protections.

The pandemic didn’t cause this workplace revolt, but it has laid bare the gaping holes of the social safety net and how little security and agency most American workers have on the job. Whether they’re low-wage at-will service employees or “independent contractors” paid by algorithm, many have calculated that working under their current conditions is riskier than publicly shaming their employers for them.

“I think COVID-19 is showing the impunity with which employers can really neglect the very survival of their workers. We’re talking about a real indifference to life,” said Daniel Gross, a labor organizer and founder of the food industry worker center Brandworkers. “At the same time ― and this is the hopeful part for me ― we’re seeing how that impunity can be undone and undone quite rapidly when workers come together and take action.”

Most of the workers’ demands are basic enough to suggest something is very broken in the workplace. They want a handful of paid sick days each year. They want hazard pay when they are working during an outbreak of a highly contagious virus. They want employers to help them receive unemployment benefits, not block them.

They want gloves and soap and unexpired hand sanitizer.

The petitions on Coworker.org, a platform for worker-led campaigns that launched in 2013, have been a window into the angst. Tim Newman, the site’s campaigns director, said the burst of petitions during coronavirus has been unlike anything they’ve seen in seven years. Many of them pertain to hazard pay, but others have called for workplaces to be shut down until the pandemic subsides. Starbucks announced it would temporarily close its cafes for all but takeout after a petition against the coffee chain blew up in mid-March.

Newman said most of the workers launching petitions have never agitated for protections before.

“I think people are realizing all the different ways that they’re vulnerable,” he said. “There are so many different barriers that prevent people from organizing with their co-workers, but people understand the severity of this crisis.”

The pressure from employees has already forced some companies to boost pay or implement new safeguards. Instacart offered bonuses to its personal shoppers and tweaked the default setting in its app, moves that failed to mollify critics. Some retailers and grocers, including Whole Foods, Trader Joe’s and Kroger, have put in place a $2-per-hour pay premium during the pandemic ― far from the time and a half some are demanding. An upstart union campaign for Trader Joe’s workers called the increases “insulting.”

Most of the worker gains so far have been temporary, including those won in Congress. The first stimulus bill afforded paid leave for many workers affected by the coronavirus, but included no permanent requirement that employers offer it in the future, for example. Organizers like Gross are wondering whether the coronavirus-induced discontent will get parlayed into long-term leverage for workers.

Some unions should be in an excellent position to capitalize, like the United Food and Commercial Workers (UFCW), which represents grocery store employees. The protection of a collective bargaining agreement makes it much easier to refuse dangerous work and agitate for higher pay ― a huge selling point in a pandemic.

As C.M. Lewis, an editor at the site Strikewave, recently put it, “What we’re watching is every single business still functioning becoming what labor organizers call a ‘hot shop.’ All at once.” A hot shop is a workplace that’s already rife with dissatisfaction and the desire for a union. 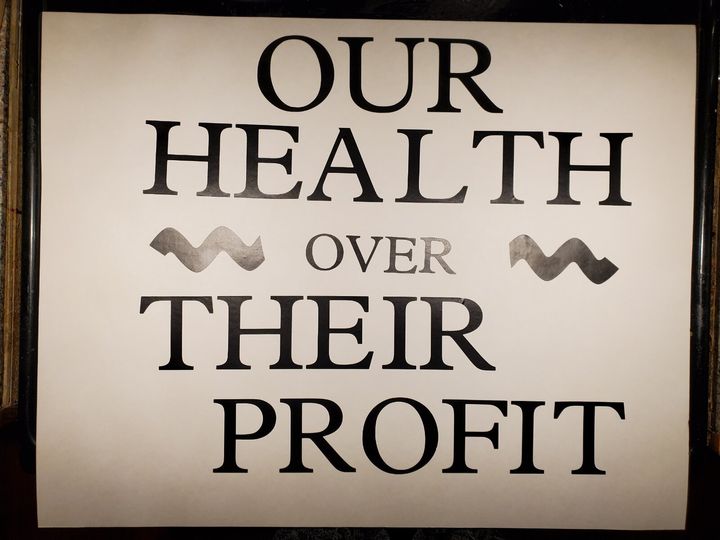 What It Means To Be ‘Essential’

But unions could struggle to take advantage of the crisis for the same reason their membership numbers have fallen for years, to the point where they now represent just 6.2% of the private sector: It’s very hard to organize modern workplaces under old labor law. That’s especially true in sectors where workers are rising up during coronavirus, like retail and the “gig economy.”

A perfect example is the JoAnn stores, where many employees appear on the verge of mutiny. Even if most of the JoAnn workforce were eager to sign union cards, a union like the UFCW would have to organize the more than 800 stores around the country one by one, through separate elections. The system helps explain why the union membership rate in the U.S. retail industry is even lower than the national number, at just 4.3%.

The coronavirus crisis could make an even stronger case on the left for sectoral bargaining, where minimum pay rates and other terms are set across entire industries, as is the case in parts of Europe. That could make it easier to implement hazard pay and paid sick days throughout grocery stores and warehouses during a pandemic, rather than relying on the benevolence or embarrassment of employers. One could easily argue it’s a way to maintain labor peace during an emergency, since supply chain workers hold an unusual amount of leverage in a pandemic.

The outbreak will also boost calls in Congress and statehouses to crack down on gig companies like Uber and Lyft. Their workers have been some of the most exposed during the crisis because they are ineligible for certain safety net programs. Uber’s classification of drivers as independent contractors, for example, has helped the company avoid paying into unemployment insurance systems for years. Now that fares are vanishing, the federal government has to come to the rescue.

“If we have millions of workers who have no access to any sort of labor standards, then a public health crisis will immediately expose it,” said Rachel Lauter, the director of Working Washington, a Seattle-based worker center that’s been a thorn in the side of gig companies like DoorDash. “The long-term battle around providing standards for these workers is going to continue. Now we have an even more apparent argument for why it’s so necessary.”

One of the lessons of the Fight for $15 campaign, which brought minimum wage hikes to cities and states around the country, is that lawmakers don’t move aggressively on these issues until they see workers riled and in the streets. That’s exactly what we are starting to see now.

DeFronzo is still working at her JoAnn store helping with curbside pickup and following the news of other walkouts and protests over the past week with great interest. She believes the crisis will mark a turning point in a lot of workplaces, and change the way many employees are seen.

“I feel like people are finally starting to realize what it means to be ‘essential’ in a crisis,” she said. “It’s not the 1% that are carrying this country on their shoulders ― it’s retail workers, it’s grocery store workers, it’s truck drivers and these others whose jobs are considered menial. They’re realizing these people deserve a livable wage and fair and safe working standards as well.”