‘There are a lot of companies that have been struggling really hard expecting to do better year after year.’
‘All these people will think now, “Let me not fight any more. Let me end this”.’

V Sundaram is former president of the Coimbatore Small Scale Industries Association. He is also the owner of Thunder Auto LLP and Sundar Enterprises. One manufactures auto parts, the other manufactures components to agriculture pumps.

“If the company needs, let the banks give a subsidised loan for the next 6 months or one year. If these things are done, entrepreneurs will be able to think about how to start business activities again,” Sundaram tells Rediff.com‘s Shobha Warrier in the concluding segment of a two-part interview.

Every entrepreneur wants to take care of employees and pay them their salaries without disruption. But what if you don’t have money to even pay your rent or electricity bill?

When a company goes bankrupt, when it is being auctioned, the first priority is given to the employee.

Then, the money goes to the government authorities and then the bank followed by suppliers. The last priority is given to the entrepreneur, that is if there is anything left.

What I would say now is the cycle has to be in the opposite direction. The government has to give money to the entrepreneur so that he could give it to the employees, the supplier and the bank.

Now is the time for the government to give the industry so that we can pay wages to the employees, that is, it is given directly to them. That way, the employees are taken care of even if I go bankrupt.

Secondly, let the banks switch off their computers so that the working capital interest is not compounded for the next two months, from March 23 to May 3!

Let the banks extend the term loan period by one-a-and-a-half months more, that is, if your tenure is 24 months, make it 25 1/2 months. But they should not increase the rate on this loan.

If the company needs, let the banks give a subsidised loan for the next 6 months or one year.

If these things are done, entrepreneurs will be able to think about how to start business activities again.

If not, do you feel a lot of companies may shut shop?

Yes. The scenario will be like this. There are a lot of companies that have been struggling really hard expecting to do better year after year. All these people will think now, ‘Let me not fight any more. Let me end this’.

This will be the scenario for micro enterprises while the medium and small-scale industries will have some property to manage.

The truth is, I cannot even imagine what will happen in May!

Coimbatore is a hub for many small-scale industries. What will happen to the businesses in the city?

Now, all of them are closed. Normally, the market used to pick up in December and will continue till June, till the southwest monsoon starts.

After June, the pump market is not there till August. It will pick up in September but when the northeast monsoon starts, it gets over. It is hardly an 8-month market.

Since we had an extended monsoon, it didn’t pick up in December this time. It did not happen in January also. But from February onwards, business started picking up slowly almost peaking in March.

How this pump industry works is, since they are idle from October till December, they produce and stock the material. When the market picks up in January, they are ready with the products. The demand will be so huge that whatever they have stocked, they would sell in January and February.

In these two months, they will peak up their production for March, April and May.

This time, when it was stabilising in March, everything is closed.

What will happen now is, April is gone. By the time we open up in May, a week will be over and if the monsoon starts by 31st of May or 1st of June, how much business are we going to do this year?

We are finished! The pump business is over right now. 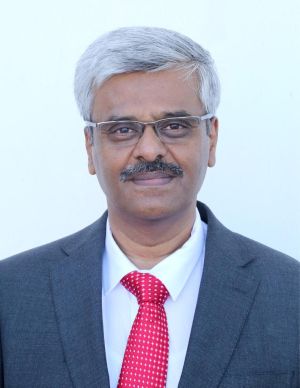 So, it is going to be tough times for Coimbatore.

Yes. Coimbatore has industries related to pumps, automotive, wet grinders and then comes textiles. Of these, the two major businesses are agriculture pumps and automotive parts.

The textile business is almost over with most of the industry moving from Coimbatore to Tirupur, Dindigul, etc.

I told you what is going to happen to the pump market this year. You already know how bad the situation is for the automotive sector in India right now.