Why Amazon is buying Whole Foods

New York (CNN Business)It’s going to take a lot more than Whole Foods for Amazon to dominate the grocery business.

Amazon will reportedly accelerate its grocery push with new conventional supermarkets just two years after it bought Whole Foods for $13.7 billion.
The company plans to open dozens of its own grocery stores in major US cities separate from Whole Foods, its niche organic grocer, the Wall Street Journal reported on Friday. The stores will offer different, cheaper products than Whole Foods, including beauty and health items, according to the Journal. Amazon declined comment on the Journal article or its grocery plans.

The stores could help Amazon court shoppers that are not interested in Whole Foods organic fare. It will also give the company more pickup and delivery points to meet customer demand, help it gain data about shoppers, and introduce its expanded lineup of food and personal care brands, according to analysts.
“A more traditional grocery play would cover critical gaps” in Amazon’s current grocery model, said Danny Silverman, chief marketing officer at e-commerce data firm Edge by Ascential.

Amazon’s reported plans drove down Walmart (WMT), Kroger (KR), Costco (COST), and Target’s (TGT) stocks on Friday. But some analysts predicted limited fallout for the retailers, which have already been investing heavily in pickup and delivery options and have shown they can compete with Amazon.

Buying Whole Foods was a small piece of Amazon’s sweeping ambitions in the $830 billion American grocery industry.
Amazon and Whole Foods together control 4% of the grocery market, according to an estimate from Cowen. Walmart, by comparison, controls an industry leading 21%. 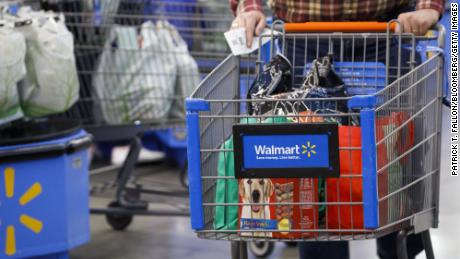 The average American goes to the grocery store up to two times a week, according to Morgan Stanley, and Amazon wants to grab a bigger chunk and lock in more shoppers to Prime memberships.
Stores are crucial in the grocery industry because only a fraction of Americans buy fresh food online, so Amazon needs a brick-and-mortar footprint.
“Grocery has been the white whale for Amazon and Jeff Bezos,” said Michael Levin, analyst at Consumer Intelligence Research Partners. “It’s ripe for disruption.”
Amazon’s success with Whole Foods has also been uneven.
Amazon does not break out Whole Foods’ sales, but revenue at physical stores — which also include cashier-less Amazon Go stores, Amazon Bookstores and Amazon Four-Star — fell 3% during Amazon’s most recent quarter compared with a year ago. Amazon blamed an accounting change and a shift in the calendar for the decline.

Running a new grocery chain will be expensive for Amazon. Each store will cost around $9 million to build, estimated Brian Nowak, analyst at Morgan Stanley.
But moving beyond Whole Foods could help Amazon reach different shoppers and expand the products it sells.
New, cheaper Amazon stores could crack into Kroger and Walmart’s customer bases.
Amazon is also looking for leases that will not restrict what it sells in the new chain, allowing it to offer more skin and personal care products, according to the Journal. Those products are often more profitable to retailers than selling fresh groceries.
With more flexibility on the shelves, Amazon could push its growing army of higher-margin house brands. Amazon has nearly 140 of its own brands in food, health and beauty, and household essentials, according to TJI Research. 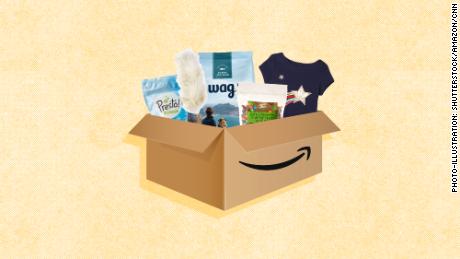 Whole Foods does not sell products with artificial colors, flavors, or sweeteners. The new chain could offer mainstream brands like Coke, for example, to win a broader range of shoppers. The stores could also allow Amazon to tap into these big brands’ enormous advertising budgets, like Amazon does online, said Nowak.
Finally, Amazon’s new stores will be geared toward pickup as more Americans adopt buying their groceries online and picking them up in stores, the Journal reported. That would give Amazon more buy-online and pickup-in-store options to compete with Walmart and Kroger.

Still, Amazon’s expansion and focus on lower prices at new stores could pressure retailers’ and grocers’ who already operate on thin profits.
“Supermarkets need to reduce their costs in anticipation of Amazon driving down profit margins,” said Bill Bishop, co-founder of the grocery retail consulting firm Brick Meets Click. “This is going to be a dog fight.”
Source: Read Full Article