Asia’s richest woman loses half her fortune in property crisis

To understand the magnitude of China’s escalating mortgage crisis, look no further than Yang Huiyan.

Heading into this year, the Country Garden Holdings Co. co-chairman was far and away Asia’s richest woman. Her $US23.7 billion ($33.9 billion) fortune easily eclipsed that of fellow Chinese billionaires Fan Hongwei and Wu Yajun, both worth around $US13 billion at the time, according to the Bloomberg Billionaires Index. 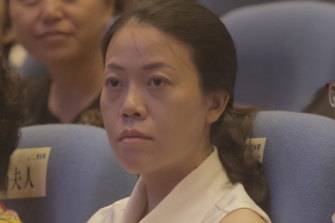 Yet even Country Garden, whose unfinished projects so far haven’t been affected by the 2 trillion yuan ($420 billion) mortgage boycott hitting the industry, is facing a reality check. The company once heralded as China’s “role model” builder showed the extent of its cash crunch on Wednesday, when it said it was looking to raise HK$2.83 billion ($520 million) by selling new shares at a discount.

In just seven months, Yang’s fortune has more than halved to $US11.3 billion, including a drop of almost $US2 billion on Wednesday alone, putting her spot atop the wealth rankings in jeopardy. The swift decline underscores the concerns that China’s mortgage crisis will eventually damage its financial system and funding channels, even for Country Garden, its largest property developer.

“Investors worry that the mortgage boycott will spread to Country Garden as they are seeing the boycott project numbers increasing quickly,” said Kenny Ng, a strategist at Everbright Securities International in Hong Kong. “The company still has significant debts and recorded a slower month-on-month growth in June sales even though China resumed work.”

China’s effort to rein in property prices and President Xi Jinping’s “common prosperity” campaign have brought an end to years of rapid growth for an industry that represents about 70 per cent of household wealth. The real estate crisis that first ensnared developers has taken another turn lately, with hundreds of thousands of homebuyers stopping mortgage payments on halted projects.

While Country Garden’s securities held up relatively well early in the property crisis, its shares are now heading for their worst month since 2011, and one of its bonds reached a record low last week. On Wednesday, the stock slumped 15 per cent, the most since March, ending a two-day rebound on hopes the government would help developers.

One of Country Garden’s biggest challenges is that most of its newly launched projects are in so-called tier 3 and 4 cities, where homebuyers have lower incomes and are more likely to miss payments when the economy is slow.

This “could leave it the most exposed to the downturn in the markets,” said Kristy Hung, a senior analyst at Bloomberg Intelligence.

Meanwhile, the builder’s contracted sales slumped almost 40 per cent to 185.1 billion yuan for the first six months of the year. Bloomberg Intelligence estimates the developer would need to spend up to 337 billion yuan — more than peers — to deliver the properties it pre-sold but didn’t book yet. 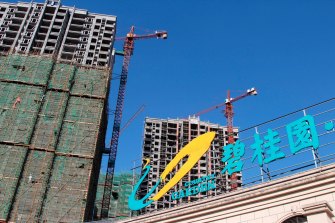 In response to questions, Country Garden said it doesn’t have any projects being abandoned unfinished, and that there’s either a shortage of homes or supply is at a reasonable level in the tier 3 and 4 cities it entered.

Co-founded in the southern city of Foshan by Yeung Kwok Keung, Country Garden has grown rapidly over the past three decades as the nation’s housing market boomed. Its catchy slogan, “get yourself a five-star home,” helped it make a name for itself in the Guangdong province bordering Hong Kong and fuelled a cross-country expansion. By the end of last year, it had more than 3,000 projects in 299 Chinese cities and a few in Malaysia.

“The mainland property crisis has sent a domino effect to the capital chain of the entire sector. Uncertainties will still linger.”

Yeung transferred his stake to Yang, his second daughter, in 2005 after she joined the company as his personal assistant to learn the ropes and eventually succeed him. By age 25, the Ohio State University alum was China’s richest woman. She became Country Garden’s vice chairman in 2012 and its co-chair in 2018.

Yang, now in her early forties, owns about 60 per cent of Country Garden and a 43 per cent stake in its management-services unit. Her husband, sister and cousin all sit on the company’s board and, like Yeung, have kept a low profile, avoiding media interviews.

To help defuse what may be the largest mortgage revolt in China’s history, its banking regulator has vowed to ensure property developers could complete construction of pre-sold houses, and a report said the State Council has approved a plan to set up a fund supporting some developers and real estate firms.

Yet officials have to send clear guidelines to banks on how to handle the crisis. That could prompt them to reshape their exposure to the industry and take a more cautious approach to avoid bad debt, which would make it more challenging for private builders to raise funds.

“The mainland property crisis has sent a domino effect to the capital chain of the entire sector,” said Everbright’s Ng. “Uncertainties will still linger.”