A legislated change to the way electric vehicles are taxed will likely see many employees considering salary packaging the climate-friendly automobiles through a novated lease.

While there are tax advantages to salary packaging medium-priced cars already, those advantages are set to increase thanks to a bill that was passed by federal parliament on Monday that exempts certain EVs and low-emission vehicles from fringe benefits tax (FBT).

“Many people who haven’t considered novated leasing are going to look at it now, as it is a significant [increase in the] benefit,” says Scott Iriks, the chief executive of Easigroup, a salary packaging company. 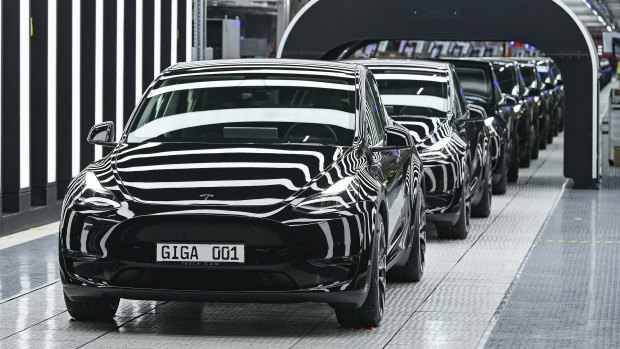 Under the change, FBT will not be applied to EVs that have a purchase price of less than $84,916. Plug-in hybrids up to the same purchase price will also be FBT exempt, but only up to April 1, 2025.

The change will widen the appeal of packaging EVs for workers whose employers offer salary packaging of cars, as the tax had previously made it not worthwhile to package expensive cars.

Cars are packaged through a novated lease, which is a three-way contract between the employee, the employer and a specialist salary packaging company, which also arranges the finance. The most popular term for a novated lease is between three and five years. At the end of the lease, the employee either leases the same vehicle again or upgrades to a new car with another lease.

Employees who retire or leave their employer before the end of the lease, or whose lease ends, pay the “residual”, which is the final lump sum payment to take full possession of the car.

Figures provided by Easigroup show a Tesla Model 3 with a purchase price of $72,500, where running costs also packaged with a five-year novated lease, would cost about $332 a week or $86,000 by the end of the lease, with a residual payment of about $21,000.

The change makes the cost of a salary-packaged Tesla Model 3 about the same as packaging a mid-range Mazda 3 that has a purchase price of about $38,000, though the residual after five years would be $10,000 on the Mazda 3.

The estimates are for someone on an annual salary of about $80,000 a year. The actual costs will vary depending on the employee’s salary, how much the car is driven and the term of the lease.

FBT was bought-in during the mid-1980s to curb the rapid increase in the use of salary packaging – where cars, private health care and even fitness club memberships were being packaged – depriving the government of income tax revenue.

The FBT rate is 47 per cent – higher than the highest income tax of 45 per cent. However, it is calculated as a portion of the value of the car and so does not claw back all the benefits of packaging, which usually includes the costs of insurance, tyres, servicing, registration and fuel.

An exemption from FBT means the employee’s taxable income is reduced by the whole amount that is paid for the car from pre-tax pay.

More from Money: The cost of living is rising, here’s how to stay above the tideline