The U.S. economy is facing the worst inflation spike in a generation, but former Federal Reserve Chairman Ben Bernanke said Monday the price spike is not "anywhere near" what Americans experienced in the 1970s.

"There are some – and I say this in a very limited way – similarities like the effects of energy shocks, for example," Bernanke said during a discussion at the Brookings Institution. "Broadly speaking this episode and the 1970s episode are really quite different."

Inflation is near a four-decade high, with the price of everyday goods including cars, rent, food, gasoline and health care soaring over the past year. But as unwelcome as the rising prices are for Americans, inflation today is still a long haul away from that of the 1970s. 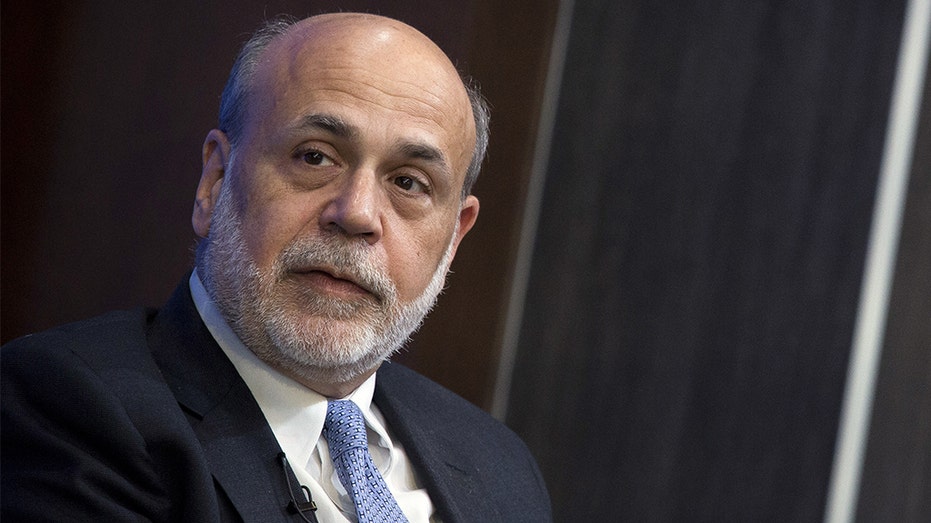 Ben Bernanke, former chairman of the Federal Reserve, speaks during an event with Yi Gang, deputy governor of the People’s Bank of China (PBOC), not pictured, at the Brookings Institution in Washington, D.C., U.S., on Thursday, April 14, 2016.  (Photographer: Drew Angerer/Bloomberg via Getty Images / Getty Images)

The Labor Department reported this month that consumer prices jumped 8.3% in April on an annual basis, close to a 40-year high but down slightly from the reading recorded in March. By comparison, inflation in the 1970s remained elevated for almost the entire decade, eventually peaking at a high of 14.8% in 1980 as spiking oil prices, rising unemployment and easy monetary policy pushed the consumer price index higher.

HOW THE FEDERAL RESERVE MISSED THE MARK ON SURGING INFLATION

The 1970s episode posed a "much, much bigger shock" to the economy, according to Bernanke, who led the Fed from 2006 to 2013, steering the economy through the worst of the 2008 financial crisis. He noted during that period of stagflation – high unemployment coupled with high inflation – the economy experienced two minor recessions and two major recessions.

"So far, there's nothing to indicate that we are anywhere near that situation," he said.

On top of that, rising consumer prices have forced the Fed to embark on its most aggressive course to tighten policy in decades: Policymakers raised rates by a half-point earlier this month and have signaled that similarly sized hikes are on the table at coming meetings.

Bernanke said that today's Fed policymakers have "much more credibility and more commitment to reducing inflation" than their 1970s counterparts.

"I do think that the Fed will bring inflation down over the next couple of years," he said.

Bernanke has recently criticized the central bank, suggesting that Fed Chairman Jerome Powell and his colleagues waited too long to act on inflation and warning the economy faces a period of stagflation as a result.

"The forward guidance, I think overall, on the margin, slowed the response of the Fed to the inflation problem," Bernanke said last week during an interview with CNBC. "I think, in retrospect, yes, it was a mistake and I think they agree it was a mistake."