G-7 leaders hammer out a global minimum tax for companies. Here's how it would work

President Biden and leaders of the G-7 group of nations formally endorsed a global minimum corporate tax rate on Friday, a landmark agreement that's part of a broader effort to crack down on profit-shifting by multinational companies.

Corporations employ a litany of tactics to reduce their tax liability, often by shifting profits, and revenues, to low-tax countries such as Bermuda, the Cayman Islands or Ireland, regardless of where the sale was made. The practice by American and foreign multinationals costs the U.S. tens of billions of dollars each year, according to the Treasury Department.

By getting all countries to agree to a minimum corporate tax rate, the Biden administration is seeking to eradicate certain tax havens without hurting the competitiveness of American firms. Treasury Secretary Janet Yellen has said a global tax, which would apply to companies' overseas profits, would eliminate what she's described as a "global race to the bottom" in terms of corporate taxes. 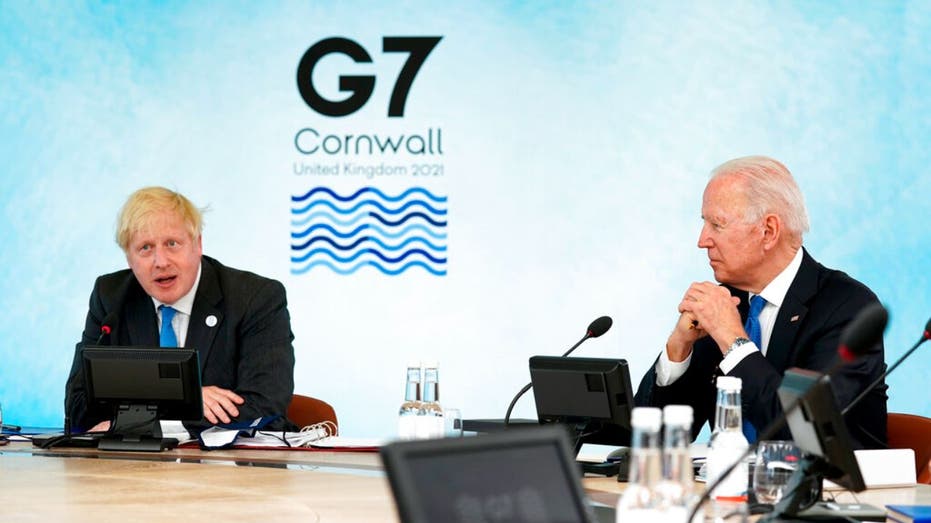 President Biden and leaders of the G-7 group of nations formally endorsed a global minimum corporate tax rate on Friday, a landmark agreement that’s part of a broader effort to crack down on profit-shifting by multinational companies.  (Kevin Lamarque/Pool via AP / AP Newsroom)

"Together we can use a global minimum tax to make sure the global economy thrives based on a more level playing field in the taxation of multinational corporations, and spurs innovation, growth, and prosperity," Yellen said in an April speech.

The agreement, reached one week ago, marks a major step forward, but challenges still remain: The G-7 will now try to reach a consensus with the broader Group of 20 countries when they meet in Italy next month, as well as with the Organization of Economic Cooperation and Development, a group of 37 mostly wealthy countries.

If the groups reach a broad consensus, it would be difficult for low-tax nations to block an agreement.

Treasury Secretary Janet Yellen has said a global tax, which would apply to companies’ overseas profits, would eliminate what she’s described as a “global race to the bottom” in terms of corporate taxes. (Justin Tallis/Pool via REUTERS / Reuters Photos)

The OECD has pushed for years to eliminate corporate strategies that "that exploit gaps and mismatches in tax rules to avoid paying tax." The global minimum tax would apply to companies' foreign earnings, meaning that countries could still establish their own corporate tax rate at home.

Biden is pushing to raise the U.S. corporate tax levy from 21% to 28%, reversing part of Republicans' 2017 tax overhaul.

MANCHIN WARNS DEMS AGAINST GOING IT ALONE ON INFRASTRUCTURE

Should the OECD reach an agreement on a global minimum tax, it would be non-binding, meaning that individual countries would have to determine whether or not to enact it.

The nations negotiating the global tax rate have set a summer deadline for striking a deal. The OECD previously estimated that a global minimum could raise revenue by $100 billion, a figure that would be even higher if the Biden proposal takes effect. (Countries previously floated the possibility of a 12.5% flat rate).

It's unclear whether the G-7 leaders will be able to secure unanimous support: Ireland, which has a tax rate of 12.5%, has said it opposes the global minimum tax rate.

Lobbyist groups in the U.S. have also argued that a global minimum tax rate could hurt U.S. competitiveness by driving business out of the country.