In this election, one critical issue stands above all others

In this campaign we face a bewildering array of problems needing attention: the punishing cost of homes, the appalling treatment of people in aged care, the high cost of childcare, the neglect of every level of our education system, the continuing destruction of our natural environment and the pressure on our hospitals, not to mention the cost of living. 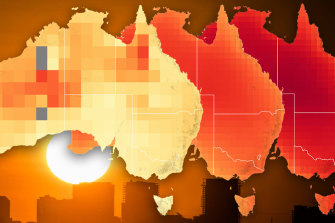 But there’s one problem that’s the most threatening to life, livelihood and lifestyle, the most certain to get a lot worse, the most imminent and the most urgent.

It’s not the cost of living, nor the risk of war with the Solomons, nor even the dubious behaviour of Scott Morrison and his ministers and their refusal to establish a genuine anti-corruption commission.

I’ll give you a clue: as I write, my fifth grandchild is on the way. I find it hard to believe anyone could be so self-centred and short-sighted as to think any problem could be more important or more pressing than action to limit climate change.

But the pressing need to discover whether the contending pollies have memorised a list of facts and figures has left little time for debating such minor matters as which side has the better policy on global warming.

And, whatever I may think, it’s clear most voters don’t rate climate change that highly. Recent polling by the Australian National University’s Centre for Social Research and Method shows voters rank reducing the cost of living most highly (65 per cent), followed by fixing the aged care system (60 per cent), strengthening the economy (54 per cent), reducing health care costs (53.5 per cent) and – at last – “dealing with global climate change” (just under 53 per cent).

But I’m pleased to say – and you may be surprised to hear – that the nation’s economists are in no doubt on what matters most. Three-quarters of the 50 top economists surveyed by the Economic Society of Australia nominated “climate and the environment” as the most important issue for the election. 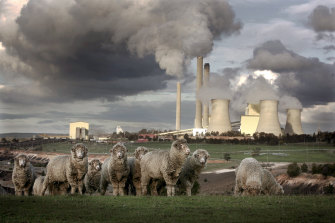 To reduce the impact of climate change, emissions from the use of fossil fuels must be cut rapidly and hard.Credit:Nine

Professor John Quiggin, of the University of Queensland, says the key message from the latest report of the Intergovernmental Panel on Climate Change is that “if the world acts now, we can avoid the worst outcomes of climate change without any significant effect on standards of living”.

But the report said it’s “now or never” to keep global warming to 1.5 degrees. Action means cutting emissions from the use of fossil fuels rapidly and hard. “Global emissions must peak within three years to have any chance of keeping warming below 1.5 degrees,” he says.

If you wanted to pick the worst continent to live on as the climate changes, it would be Australia, according to Quiggin. We are a “poster child” for what the rest of the world will be dealing with. Not that we care. 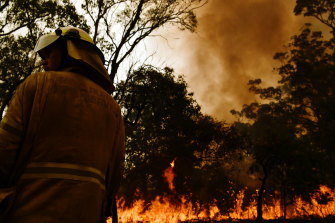 If you wanted to pick the worst continent to live on as the climate changes, it would be Australia, according to Professor John Quiggin.Credit:Getty Images Asi Pac

The economic costs of the transition to renewable energy would be marginal, he says. “The required investment in clean energy would be around 2.5 per cent of gross domestic product. That’s far less than the cost of allowing global heating to continue, with costs further offset by clean energy’s zero fuel costs and lower operating costs.”

Voters complain there’s no real difference between the parties, but on climate change we’re being offered the full menu of varying strengths. Climate Analytics, a non-profit research group founded by Bill Hare, has assessed three parties’ policies, plus Zali Steggall’s climate bill, which the teal independents are supporting.

The Liberals have supported zero net emissions by 2050, but refused to increase their commitment to reduce emissions 26 or 28 per cent by 2030. This is judged to be consistent with global warming of 3 degrees, bordering on 4 degrees.

Labor’s target is emission reduction of 43 per cent by 2030. Its plan is supported by the Business Council of Australia. This is judged to be consistent with global warming of 2 degrees, which would be “very likely to destroy the Great Barrier Reef”.

Steggall’s climate bill has a target of 60 per cent reduction in emissions by 2030, which is close to, but within, the upper boundary of modelled 1.5 degrees pathways for Australia. A higher target would give a higher probability of meeting the 1.5 limit.

The Greens’ target of a 74 per cent reduction by 2030 is judged consistent with limiting warming to 1.5 degrees. Some parts of the Barrier Reef would survive. Globally, the most extreme heat events could be nearly twice as frequent as in recent decades. In Australia, an intense heat event that might have occurred once a decade in recent times could occur every five years and would be noticeably hotter. Phew.

If you’ll forgive a little colourful characterisation, the choice ranges from the Liberals’ “let’s just say we’ll do something, so we don’t offend Barnaby and his generous donors” to Labor’s “let’s do a lot more than the Libs, but go easy on coal and coalminers” to the Greens’ “let’s not muck about”.

And the many Liberal voters in the party’s leafy heartland who really do care about climate change now have a way to make their views felt.