Inflation eases slightly to 8.5% in July

The average American is shelling out an extra $717 a month because of the hottest inflation in decades, according to a new analysis from the Joint Economic Committee Republicans.

The financial squeeze stems from the rising cost of a number of everyday goods, including cars, rent, food and health care. While the rapid pace of price increases eased slightly in July, the consumer price index still climbed 8.5% from the previous year – hovering near a painful, four-decade high, the Labor Department reported on Wednesday.

The JEC Republicans – who launched the State Inflation Tracker in April to monitor how much higher prices are costing Americans across the U.S. – calculated the figure by comparing prices for goods and services in July versus how much households would have paid for those same items in January 2021, when inflation was 1.4%.

Even if prices stopped increasing altogether, the inflation that already occurred between August 2021 and July 2022 would cost the average American household an extra $8,607.

Scorching-hot inflation has created severe financial pressures for most U.S. households, which are forced to pay more everyday necessities like food and rent. The burden is disproportionately borne by low-income Americans, whose already-stretched paychecks are heavily impacted by price fluctuations.

Although American workers have seen strong wage gains in recent months, inflation has eroded those entirely. Real average hourly earnings actually decreased 0.5% in July from the previous month when accounting for higher consumer prices, according to the Labor Department. On an annual basis, real earnings actually dropped 3% in July.

INFLATION IS STILL WIPING OUT THE AVERAGE AMERICANS' WAGE GAINS 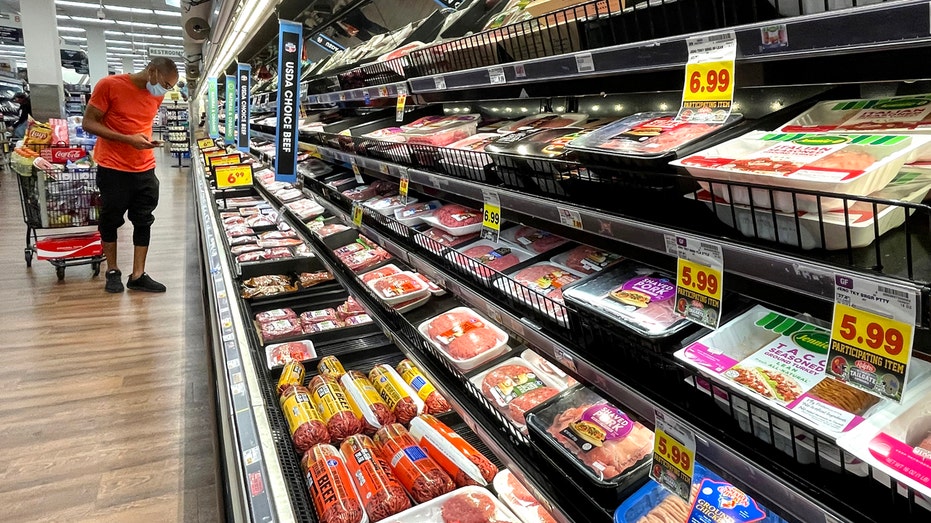 A person shops in the meat section of a grocery store on November 11, 2021 in Los Angeles.  ((Photo by Mario Tama/Getty Images) / Getty Images)

"While the boost to overall economic prospects is welcome, easing inflation will ring hollow with many down-market consumers whose wages are falling in real terms," said RSM chief economist Joe Brusuelas.

There was some reprieve for U.S. households last month in the form of lower energy prices, which contributed to the decline in headline inflation. The cost of energy fell 4.6% in July from the previous month, though it remains 32.9% higher than just one year ago, while gasoline prices fell 7.7% in July. They remain up 44.9% from last year.

However, other price increases were extensive in July, with inflation remaining stubbornly high. The cost of groceries surged 1.3%, putting the 12-month increase at 13.1%, the highest since March 1979. Consumers continued to pay more for staples like cereal, chicken, milk and fresh vegetables. 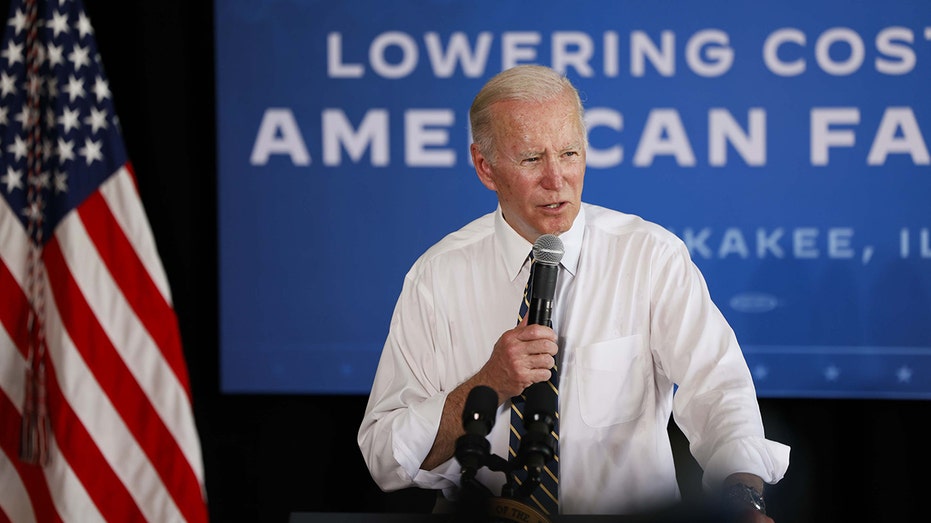 President Biden speaks during a visit to a family farm in Kankakee, Illinois, on Wednesday, May 11, 2022.  (Photographer: Taylor Glascock/Bloomberg via Getty Images / Getty Images)

President Biden – who has been on the defensive for months over skyrocketing prices – lauded the cooler-than-expected report as evidence that inflation "may be beginning to moderate," But experts have cautioned that inflation remains abnormally high and could take months, or even years, to return to pre-pandemic levels.

"Inflation will only decline at a painfully slow pace," said Seema Shah, chief global strategist at Principal Global Investors. "Food and energy inflation are wild cards. Although inflation should peak soon, the broadening and stickiness of price pressures implies headline CPI will only fall to 6.5% this year, before recession accelerates the decline in 2023."