The IRS warns tax refunds could be delayed due to staffing shortages and processing backlogs. FOX Business’ Gerri Willis with the latest.

The Internal Revenue Service is prematurely sending some Americans collection notices even though they filed their returns, as the agency works to wade through a deluge of unprocessed returns from years past.

That's according to a report from National Taxpayer Advocate Erin Collins, who warned that the IRS took too long to process taxpayer responses to its notices, further delaying refunds and in some instances, leading to premature collection notices – an occurrence that prematurely hurts low-income Americans.

The IRS sent tens of millions of notices to taxpayers in 2021, including 14 million math error notices, automated underreported notices (where an amount reported on a tax return did not match the corresponding amount reported to the IRS on Form 1099), notices requesting a taxpayer to authenticate his or her identity and collection notices.

IRS TAX-FILING SEASON TO KICK OFF ON JAN. 24

In many cases, taxpayer responses were required; if individuals failed to respond – or they did and the IRS failed to process it due to the severe backlog – it could "take adverse action or not release the refund claimed on the tax return," Collins wrote.

The problem is that many taxpayers did respond to the notices from the IRS, but the agency was so overwhelmed by the millions of unprocessed returns that it was still working through, that it did not process those responses. While the "normal" processing time for the agency is typically 45 days, Collins estimated that it's actually running close to six months or longer. 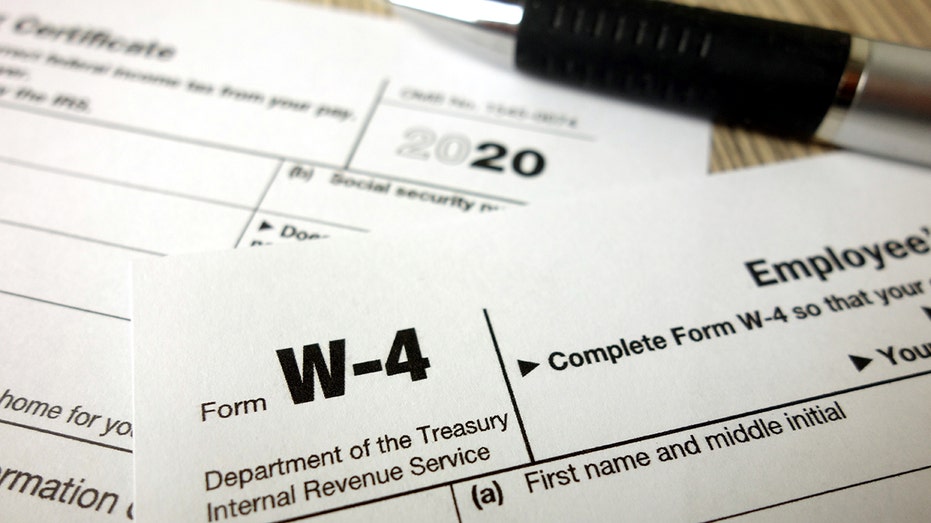 To prevent enforcement actions before the IRS had adequate time to process taxpayer responses, the agency reprogrammed its computer systems. But there are gaps, Collins said. The IRS has a backlog of nearly 5 million pieces of taxpayer correspondence, some of which are from April.

If the IRS is mistaken, taxpayers will not owe any additional dues, penalties or interest. But it can still create a complicated resolution process.

The difficulty this season – which officially begins Jan. 24 – stems from a massive pileup of unprocessed returns accrued during the pandemic: Collins estimated the IRS had a backlog of more than 8.6 million unprocessed individual income tax returns and 2.8 million business returns as of mid-December due to the pandemic and other related disruptions. It also had close to 5 million pieces of unanswered mail.

The IRS is grappling with office closures as well as the Herculean task of delivering millions of stimulus checks in 2020 and 2021. (Andrew Harrer/Bloomberg / Getty Images)

By comparison, the IRS usually enters the tax-filing season with fewer than 1 million remaining items to address.

There are several reasons for the delays.

The IRS was grappling with office closures as well as the Herculean task of delivering millions of stimulus checks in 2020 and 2021, all while trying to adapt to major changes to the tax code in the middle of the filing season. The agency is also grossly understaffed; it has 20,000 fewer staff than it did in 2010, and its budget is roughly $11.4 billion – 20% less than it was in 2010, when adjusted for inflation, according to the Congressional Budget Office.

On top of that, more than 20% of the IRS customer service workforce has been unable to work for pandemic-related health reasons over the last two years.

"The IRS is in crisis and needs to apply resources to its core mission – processing returns and paying the corresponding refunds," the report said.