More Americans getting a second job as high inflation rages

‘Mornings with Maria’ panel discusses the November employment report showing the U.S. economy added 263,000 jobs and its impact on the treasury market.

The hottest inflation in four decades is pushing more Americans to take on a side hustle ahead of the holiday season as the cost of everyday goods continues to skyrocket.

The government reported on Friday the economy added 263,000 jobs in November, as employers continued to onboard workers even in the face of steeper interest rates and growing fears of a recession.

An overlooked data point within the report, however, showed a huge surge in the number of people holding people jobs: Last month, the number of Americans with a side gig jumped by 165,000. That is the largest increase since June and well above the 60,000 monthly average over the past six months, according to Bill Adams, Comerica Bank chief economist.

"An increase in part-time work as more people take on side hustles to make ends meet buoyed the headline payrolls number in November," Adams said.

The trend is also exemplified in the Federal Reserve's region-by-region roundup of anecdotal information known as the Beige Book, which showed an uptick in Americans relying on a second job to make ends meet.

"Nonprofit service providers noted an uptick in the number of clients relying on side gigs to make ends meet or as pathways to financial self-sufficiency," the Atlanta Fed said in its portion of the survey.

The growing likelihood of Americans holding more than one job comes as they confront stubbornly high inflation that has rapidly eroded individuals' purchasing power.

THE FED'S WAR ON INFLATION COULD COST 1M JOBS

The government reported last month that the consumer price index, a broad measure of the price for goods including gasoline, groceries and rents, rose 0.4% in October from the previous month. Prices climbed 7.7% on an annual basis, near a 40-year high. 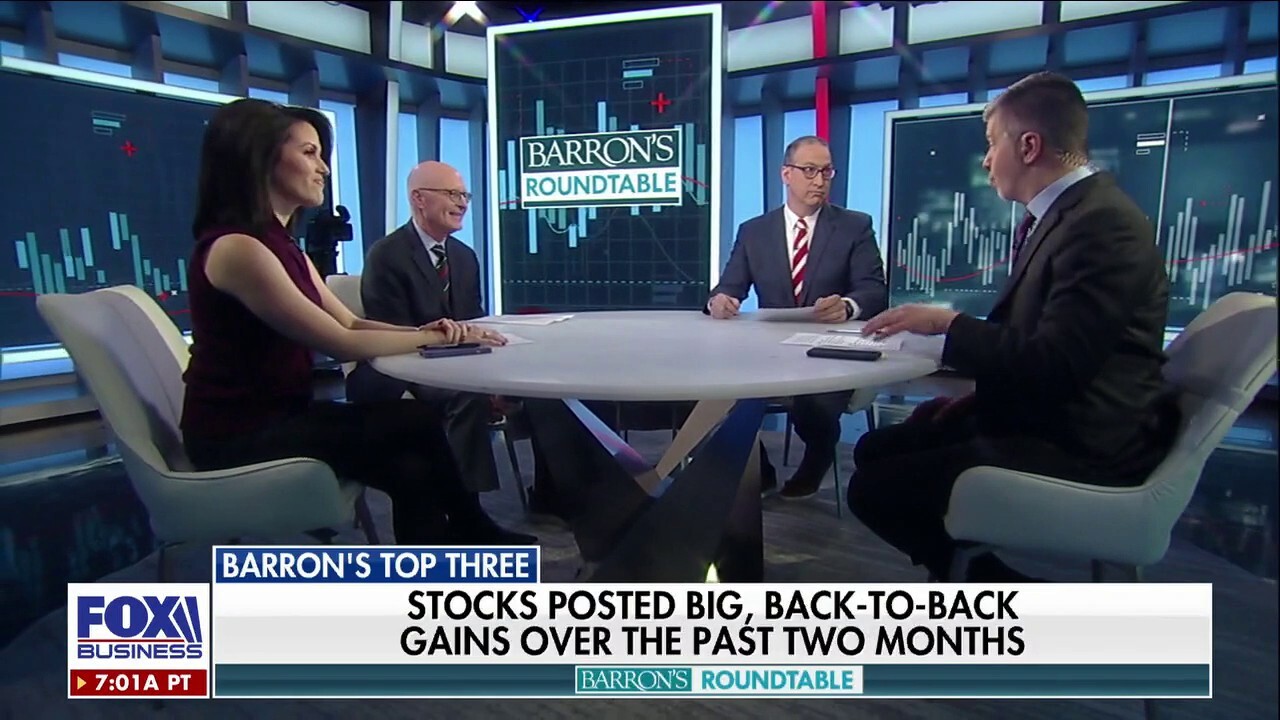 Ben Levisohn, Carleton English and Andrew Bary discuss whether a recent market rally signals a Fed pivot, the housing market, and the Big Tech debate between Apple, Twitter and Meta.

Americans are increasingly relying on their savings and racking up credit card debt in order to pay for necessities. The personal savings rate tumbled in October to 2.3%, the lowest in 17 years, the Commerce Department reported last week. On top of that, household debt rose during the third quarter at the fastest clip since 2008, with credit card balances jumping by 15%, Fed data showed.

"Relying on savings and inventories won’t bolster spending for too long," said Tuan Nguyen, U.S. economist at RSM. "It is likely that this holiday season might be the last for a while with such a strong spending push."