‘No point quitting’: How the pandemic is delaying retirement

The COVID-19 crisis has helped lift the age at which Sydney’s workers are expected to retire after a slump in migration and the tightening of the labour market encouraged older employees to remain in the workforce.

Workers in the city now aged 45 are expected to retire at 64.5, equalling a temporary peak in Sydney’s expected retirement age when the economy recovered from the 2008-09 global financial crisis, analysis by consultancy firm KPMG shows. 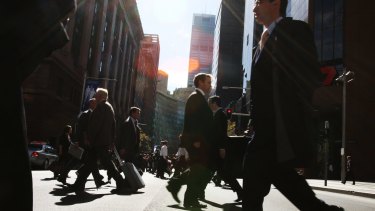 The pandemic has helped push up the expected retirement age in Sydney.Credit:Peter Braig

Terry Rawnsley, a demographer and urban economist at KPMG who authored the report, said the increase was driven by older male workers.

“With the international migration tap turned off and the labour market fairly buoyant for much of 2020-21, older male workers were retained in the labour force for a bit longer,” he said.

“Another COVID impact could be that with lockdowns in place there’s no point quitting your job to travel the world. You might as well help out your employer by working a bit longer and keeping yourself occupied.”

Mr Rawnsley said the expected women’s retirement age did not follow the male trend because of the disproportionate hit to female-dominated industries, such as retail and hospitality, during the lockdowns.

“When economic shocks come along some workers decide not to scramble back into the labour force,” he said.

Nationwide, the expected retirement age for women has increased by 2.6 years since 2001 and by two years for men in that period.

KPMG said several long-term labour market trends have contributed to the rise in retirement ages. One is the shift towards service-based employment and away from jobs which require demanding physical labour.

“More of us are doing less physical work, so we can work longer,” Mr Rawnsley said.

Another factor is the substantial increase in female labour force participation which has strengthened the long-term links women have to the workforce. Also, the prevalence of part-time work has allowed many older employees to prolong their working lives by reducing their hours of work rather than withdrawing altogether.

The relatively strong jobs market in Australia over the past two decades has also helped retain older workers.

Sydney University professor of finance, Susan Thorp, said the federal government policy to gradually lift the pension age to 67 meant the trend for older retirement was likely to continue. 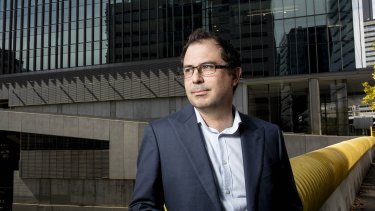 “As that entitlement rises from 65 to 67 years it will probably encourage people to stay working for longer,” she said.

Professor Thorp said there was an international trend towards higher retirement ages and greater workforce participation among older people.

While the difference between the retirement ages of men and women is narrowing, a large gender gap in superannuation savings remains.

Mr Rawnsley said the transition from work to retirement was become “increasingly blurry”.

“Surveys sometimes ask people if they are retired, and they say “yes I’m retired” even though they are still working a few hours a week here and there,” he said.

Our Breaking News Alert will notify you of significant breaking news when it happens. Get it here.