Tesla stock trades with a forward price-to-earnings ratio of more than 185x compared to just 19x for the wider automotive industry. With real interest rates on the rise, the market has transitioned from growth to value stocks, putting pressure on high valuations. The electric vehicle industry has also been dealing with disruptions from a global chip shortage.

There's also the Bitcoin angle. After purchasing $1.5 billion worth of Bitcoin, Tesla racked up an estimated $1 billion profit earlier this month, effectively tying the stock's valuation to the cryptocurrency's performance. Bitcoin prices fell more than 8% during Tuesday's session, which may have further contributed to the selloff in Tesla stock. 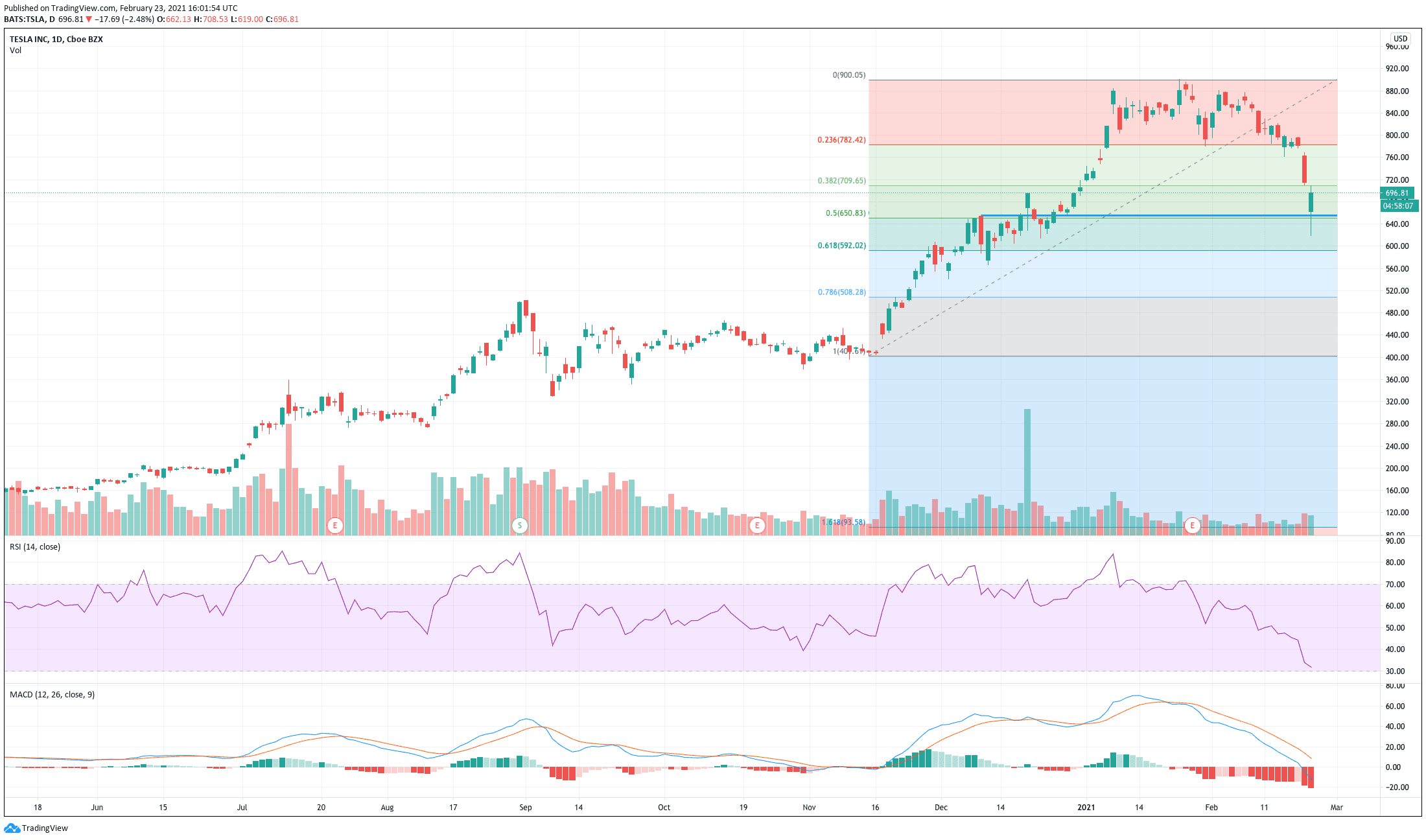 From a technical standpoint, Tesla stock broke down from its 50-day moving average at $770.71 on Monday before falling further to key support levels on Tuesday. The relative strength index (RSI) is approaching oversold levels with a reading of 30.50, while the moving average convergence divergence (MACD) remains in a sharp downtrend. These indicators suggest that the stock could see some near-term consolidation, but the overall trend remains bearish.

Tesla shares extended their losses during Tuesday's session as the market reassesses valuations amid rising real interest rates. In addition, the stock could be affected from falling Bitcoin prices following its $1.5 billion investment as well as a global chip shortage.

The author holds no position in the stock(s) mentioned except through passively managed index funds.