Here are your FOX Business Flash top headlines for March 14.

The United Nations chief warned Monday that Russia’s war on Ukraine is holding "a sword of Damocles" over the global economy, especially poor developing countries that face skyrocketing food, fuel, and fertilizer prices and are now seeing their breadbasket "being bombed."

Secretary-General Antonio Guterres told reporters that "Russia and Ukraine represent more than half of the world’s supply of sunflower oil and about 30 percent of the world’s wheat" and that "grain prices have already exceeded those at the start of the Arab Spring and the food riots of 2007-2008."

He told reporters that 45 African and least developed countries import at least one-third of their wheat from Ukraine and Russia, and 18 of them import at least 50%. These countries include Egypt, Congo, Burkina Faso, Lebanon, Libya, Somalia, Sudan, and Yemen, he said. 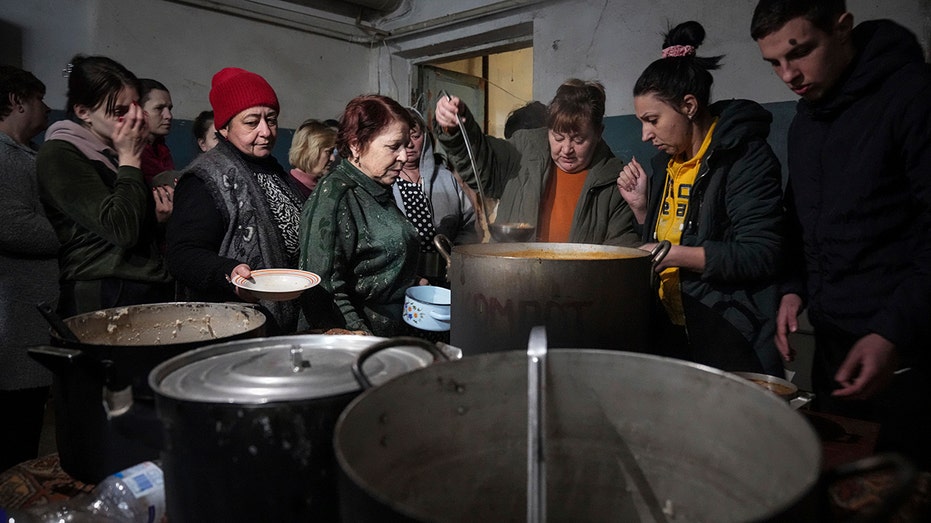 "All of this is hitting the poorest the hardest and planting the seeds for political instability and unrest around the globe," Guterres warned, saying the most vulnerable country had already been trying to recover from the COVID-19 pandemic and contend with record inflation, rising interest rates, and looming debt before the Ukraine war.

David Beasley, executive director of the U.N. World Food Program, told The Associated Press during a visit to the western Ukrainian city of Lviv that 50% of the grain the agency buys to feed "the 125 million people we reach on any given day, week or month" comes from Ukraine, as does 20% of the world’s supply of corn.

"So (the war) is going to have a dynamic global catastrophic impact," Beasley said.

Guterres reiterated his call for an immediate cessation of hostilities and serious negotiations toward peace. "Ukraine is on fire," he said, adding that "the impact on civilians is reaching terrifying proportion."

He announced an additional $40 million from the U.N.’s emergency fund to move critical supplies of food, water, and medicine into Ukraine, where at least 1.9 million people are displaced. More than 2.8 million others have fled Ukraine to other countries. 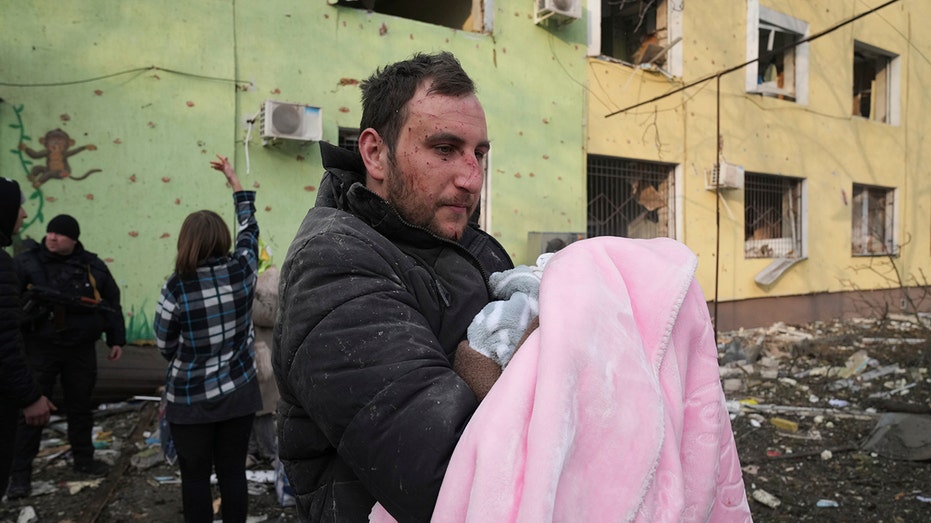 A man holds a baby during an evacuation from a maternity hospital damaged by a shelling attack in Mariupol, Ukraine, Wednesday, March 9, 2022. (AP Photo/Evgeniy Maloletka)

The U.N. has reached 600,000 people in Ukraine with some form of humanitarian assistance, he said, but the U.N.’s flash appeal for $1.1 billion to assist 6 million people inside Ukraine for an initial three months has received only $219 million so far, just 19%. He urged countries that made pledges to turn them into cash.

On Sunday, three U.N. agencies appealed for an immediate end to attacks on health care facilities, saying that since the start of the war 24 medical facilities and five ambulances were damaged or destroyed and at least 12 people were killed and 34 injured.

The U.N. children’s agency UNICEF, the World Health Organization, and the U.N. Population Fund said that "horrific attacks are killing and causing serious injuries to patients and health workers, destroying vital health infrastructure, and forcing thousands to forgo accessing health services despite catastrophic needs." They called the attacks "an act of unconscionable cruelty."

At U.N. headquarters, a draft U.N. resolution on the humanitarian crisis is being moved from the 15-member Security Council, where Russia has veto power, to the 193-member General Assembly, where there are no vetoes.

Co-sponsors France and Mexico said in a joint statement Monday that their "absolute priority" is to obtain an immediate halt to hostilities to protect Ukraine’s civilian population and allow humanitarian aid to be delivered to millions of needy people. They also said a significant number of countries not on the Security Council want to participate in promoting a resolution.

RUSSIA-UKRAINE WAR WILL IMPACT FISH AND CHIP PRICES ACROSS U.K.

"In order to allow for a vigorous united message to be sent by the international community, we have decided to take our initiative to the General Assembly," the two envoys said.

Council diplomats said after two weeks of closed-door discussions, the draft resolution would almost certainly have faced a veto by Russia in the Security Council if it called for an immediate end to hostilities, which the United States and its Western allies are seeking. If that were eliminated, as some council members sought, Western nations felt the resolution would be too weak, the diplomats said, speaking on condition of anonymity because the council discussions were private. 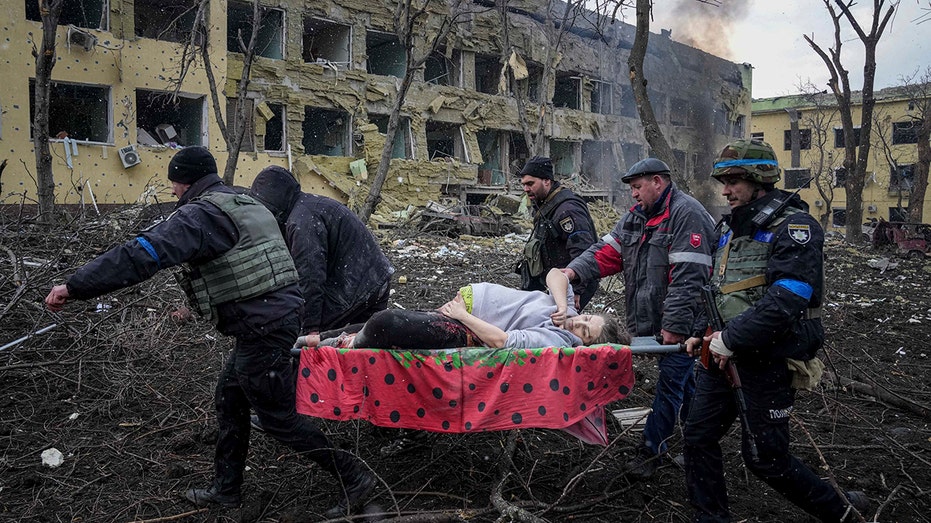 De Riviere told reporters: "Obviously, it would have been difficult in the Security Council."

By taking the draft resolution to the General Assembly, the co-sponsors lose the prospect of the resolution being legally binding — as Security Council resolutions are. But they could gain strong support for a call to halt violence and for language deploring the dire state of the humanitarian situation in Ukraine.

After Russia vetoed a Security Council resolution demanding an immediate halt to Russia’s attack on Ukraine and the withdrawal of all Russian troops, the General Assembly approved a similar resolution on March 2 by an overwhelming vote of 141-5, with 35 abstentions.

De Riviere said France and Mexico are optimistic that all U.N. members will support an assembly resolution on access for humanitarian aid, cessation of hostilities, and respect for international humanitarian law and the Geneva Conventions.

"The sooner the better," he said.