‘We just need a pathway’: Super could invest billions in affordable housing under right model

Super funds are set to invest $41 billion in unlisted property over the next decade which could be used to address the predicted shortage of social and affordable housing if government and institutional investors can find a way to make it an attractive investment.

However, a new report has identified key barriers deterring super funds from investing in the sector, including a lack of large-scale developments, perceived reputational risk, and inconsistent government targets, funding and policies around new projects. 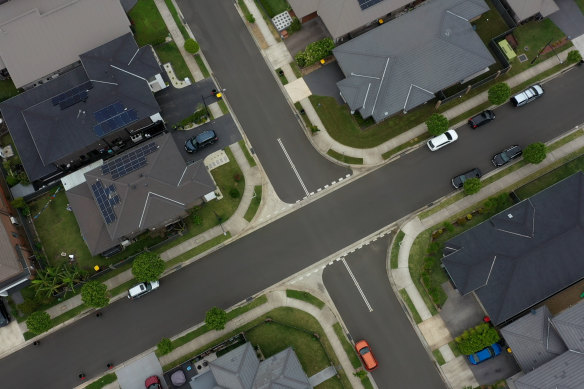 The new report outlines some of the barriers that have stopped super funds from investing in social and affordable housing. Credit:Rhett Wyman

The report, commissioned by lobby group Industry Super Australia, was released ahead of the federal government’s first meeting of financial leaders to discuss its housing accord, which allocates $350 million to deliver 10,000 extra affordable homes by mid-2029, with states and territories contributing funding or in-kind support for 10,000 more.

The federal government has said it will offer incentives to funds to invest in social and affordable housing by covering the gap between market and subsidised rents through availability payments, which is expected to be discussed on Friday.

The super industry broadly welcomed the accord, but funds are expected to be cautious given laws require that members’ financial interests come first in investment decisions. Super funds have historically shied away from residential housing due to its high risk and low returns.

The report by Frontier Advisors released on Tuesday said that while there had been examples of super funds investing in affordable housing, they represented a small fraction of total available funds available for investment. It found about $41 billion would be invested in unlisted property over the next 10 years by APRA-regulated super funds, of which $35 billion would come from industry funds.

But issues around scale, planning and development risk have impeded super fund investment in affordable and social housing.

“We just need a pathway for long-term investments,” said one of the report authors, Manish Rastogi. “And that can be achieved by government schemes and subsidies, whether they be rental, capital or subsidised land, and that will allow institutional investors to invest over the long term and earn a respectable return. And that’s the minimum they’re going to seek for providing private capital.

Co-ordination was also needed across all levels of government.

“I think, being a nascent sector, a lot of that is still being worked out,” he said.

“The sector from what we have found also lacks a reasonable pipeline or consistent pipeline that creates enough opportunities for super funds and other non-super fund institutional investors to keep putting capital to work.

The “underdeveloped and relatively immature” build-to-rent sector should also be encouraged through tax concessions, streamlined planning, and reducing red tape around funding.

Research has found the number of households in housing stress is expected to climb from 640,000 in last year’s census to 940,000 by 2041. Research done for the Community Housing industry Association showed almost 1 million households, many in Sydney and Melbourne, face housing stress or living in unsuitable accommodation over the next two decades unless there is more community housing.

However, without government concession schemes that boost returns for private investors most affordable housing projects would be unviable.

Industry super funds have come out in strong support of the housing accord, however the response from retail funds has been more muted. A number of retail and industry funds have signed up to the accord, as well as large institutional investors such as BlackRock and IFM.

Colonial First State chief executive of superannuation, Kelly Power, said this week that she was excited about the coming roundtable and she welcomed the discussion. She said they would stress that the risk and return trade-off would need to stack up when it came to affordable housing.

“This is not my money. It’s our members’ money. This is about us getting a return for our members,” she said.

“We have some quite particular, nuanced things that we will be looking at or asking to be considered given our membership being retirees or pre-retirees, and given the breadth of choice we have on our menu. But I think if you stand back and look at superannuation versus the characteristics of super which is save now to draw down later, and the characteristics of property, it does make sense.”