Politics and economics are uneasy bedfellows in election campaigns. And never has that been more true than now. Australia’s current economic conditions – high inflation, tight labour markets, and sizeable COVID debt – dictate government spending restraint. But smack in the same window came a federal election followed by elections in our two most populous states. A recipe for fiscal prudence it is not.

But as much as the current spendathon in Victoria is making my economist eyes water, this is not a column about irresponsible politicians. It is about the economic fictions that allow our political leaders to load up on election-friendly announcements while still claiming the mantle of economic responsibility. Economics as an enabler. 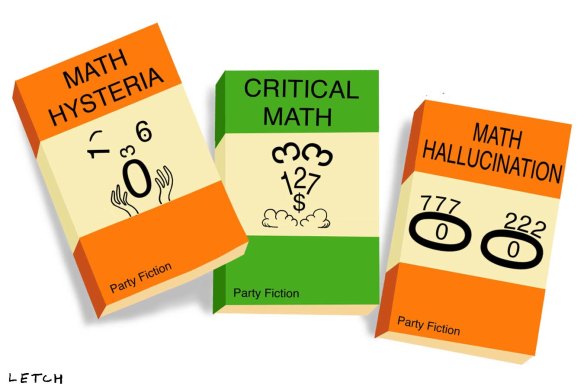 First, let’s revisit a blockbuster fiction of the recent past that still haunts our present. The Coalition’s 2019 federal budget, delivered immediately before the 2019 election, featured a souped-up program of income tax cuts. The first two stages of this program have already been delivered. The bigger stage three cuts are legislated to come into effect in July 2024.

The issue is how those cuts were calibrated. Being able to announce generous tax cuts – up to $9000 a year for high earners – was obviously an attractive proposition for politicians heading into an election campaign. But those same politicians didn’t want to be labelled as budget wreckers.

Fictions helped paper over this tension. The tax cuts were announced in the same budget that showed the government would be back in the black in a year, with growing surpluses over the decade, and that net debt would be eliminated by 2030.

Yes, COVID played a big role in scuttling those predictions. But even in the fantasy world with no global pandemic, those projections never made sense. Not only did they assume very rosy productivity growth (assumptions that have since been revised downwards), they relied on extraordinary spending restraint. 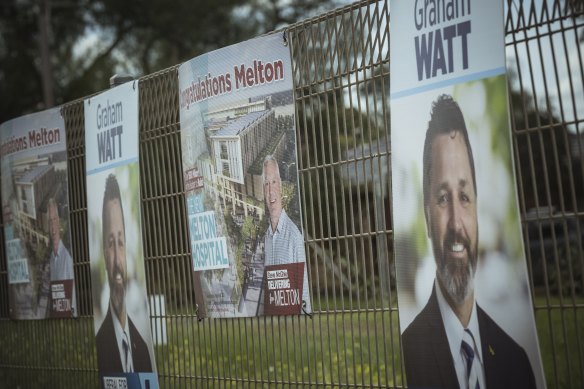 Announcing tax cuts ahead of the Victorian election was an attractive proposition for politicians.Credit:Chris Hopkins

The 2019 budget projected government spending would reduce as a share of the economy to reach just 23.6 per cent of GDP in 2029-30. The current projections have it increasing to 27.4 per cent of GDP by that year. What’s $100 billion between friends?

Even if we strip out interest payments on government debt, government spending is still expected to be more than 2 percentage points of GDP higher than previously projected, because of higher spending on the NDIS, aged care, defence, and health. These future pressures were foreseeable – indeed I and others pointed to them at the time.

But the fiction allowed the government to promise huge tax cuts without any difficult trade-offs. The lesson should be clear: bad budget projections are not just wrong numbers on a page, they help facilitate and justify poor decisions.

My fear is that we are seeing a different version of this same phenomenon play out in the current Victorian election campaign. Once again big commitments are being made – this time on the spending side. The Victorian Parliamentary Budget Office has recorded $12 billion in funding commitments from Labor and a whopping $34 billion from the Coalition. 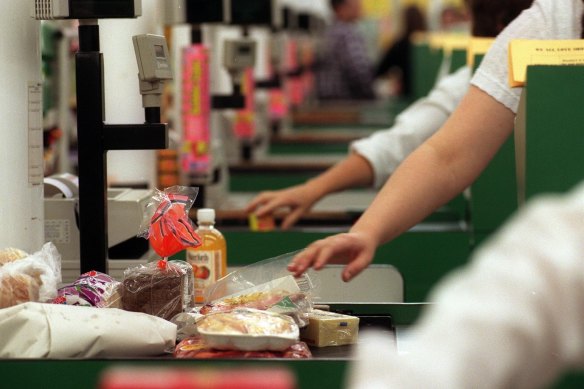 States are spending in the lead-up to polls, while economic conditions are dictating restraint.Credit:Michele Mossop

The response from the Labor government? Their fiscal plan is on track because they are expecting to deliver an operating surplus by 2025-26. Sound familiar?

Various fictions again help align these disparate realities. First, optimistic assumptions about the growth in stamp duty and land tax revenues when the property market is taking a hit from rising interest rates. Second, the assumption that public sector wages growth can be contained to 1.5 per cent a year, in line with the government’s current policy, even with inflation running at 7 per cent. Third, an accounting fiction: a large chunk of the federal government’s $2.2 billion in support for the Andrews government’s Suburban Rail Loop is budgeted to arrive in 2025-26, delivering the state government its $900 million forecast surplus in that year.

All in all, the premise that the current election promises are right-sized for the fiscal situation (let alone the economic environment) is more fantasy novel than economic tome.

It is unsurprising then that the Victorian opposition is emphasising concerns about the state’s debt position. But that is difficult to square with the Coalition’s own big-spending plans. The Coalition relies on a different fiction: that if it forms office it will lower debt, deliver its spending promises, and reduce taxes, all by “growing the economy”.

It is true that healthy economic growth helps governments shrink their debts. But you don’t get to magically bank the benefits without showing how you are going to do the hard work of productivity-enhancing reform. It’s just a different economic fiction.

Economics is a powerful tool for policymakers. But like all tools it can be used for ill as well as good. Magical budget forecasts and promises about milk-and-honey growth scenarios should be taken with the grain of salt they deserve. Otherwise, economic fictions can morph into harsh policy realities.

Let’s hope the politicians in NSW can rewrite this book for their election.

Danielle Wood is chief executive of the Grattan Institute.

The Opinion newsletter is a weekly wrap of views that will challenge, champion and inform your own. Sign up here.

US democracy: “Democracy is a politics of frustrated winners and good losers.” If an increasing number of Americans find loss intolerable and, therefore, vanquishing opponents by any means necessary morally justifiable, radicalisation is the result – Waleed Aly

A winter war: Both the Russian and Ukrainian strategies are predicated on a continuation of hostilities over the coldest months. However, they will have very different approaches – Mick Ryan

The royal family: The Crown is in its fifth season and much debate has centred around whether it is historically accurate or complete fiction. What we do know is that the series does a terrible thing to the royal family – it humanises them – Jacqueline Maley