Why the RBA delivered the Christmas present no one wanted

The Reserve Bank of Australia must have realised the decision to raise rates in December would brand it the Christmas Grinch. But in recent times the central bank has become quite accustomed to its lack of popularity.

Within moments of the RBA releasing the decision to raise the cash rate again, a cast of players from mortgage brokers to charities decried the move to double down on its inflation fight with one last heave to rates before year’s end.

Those labouring under the weight of higher cost of living pressures were hoping for a Christmas reprieve. 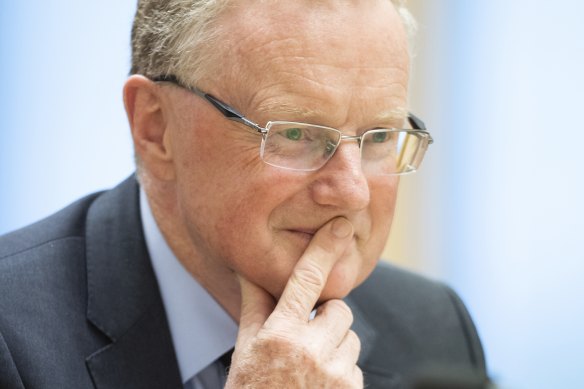 This month the decision on rates wasn’t a done deal. In the days before the RBA announced the move at 2.30pm on Tuesday, the market was fairly evenly split on the outcome. Just under half were betting on the RBA keeping rates on hold – just over half put their money on a quarter of a percentage point rise.

To the extent there is a consensus, it is that the RBA has done most of the heavy lifting on interest rates.

The RBA could have waited until early next year to see what the Christmas period data showed. But one thing the central bank governor, Philip Lowe, has taught Australians recently is that he is a firm believer in insurance.

During COVID, this desire for “insurance” against economic calamity is why the RBA took rates down to 0.1 per cent, mistakenly suggesting they would remain there for years.

Lowe recognises there are some early signs that the taming of inflation has started but the signs are only tentative. Lowe will need solid empirical evidence, and this is yet to emerge.

He is clearly looking for “belt and braces” to ensure that the peak of inflation will be felt in the December quarter and not drag on into next year.

In “economist speak”, the statement from the RBA will be viewed as less “hawkish” than previous statements. In layman’s terms, it was less strident about the need for further interest rate rises, which suggests there may not be too many more.

He is clearly looking for “belt and braces” to ensure that the peak of inflation will be felt in the December quarter and not drag on into next year.

But there is plenty of room for interpretation by economists.

The RBA closed its remarks with a comment that it “remained resolute in its determination” to return inflation to the target range of between 2 per cent and 3 per cent. And it expects to increase rates further to achieve that outcome given inflation is sitting at 6.9 per cent.

The question of how many rate rises are left before we hit the end of this tightening cycle, and when this will be, is now what the market and economists will obsess over in the coming weeks.

The rapid-fire rate rises have taken the cash rate to 3.1 per cent from 0.1 per cent in seven months. Under normal circumstances this should have been enough to cut inflation off at the knees. But these economic conditions are unusual.

In the first instance, many Australians have borrowed at very low fixed interest rates. And the lion’s share of these rates don’t roll off until next year and some won’t require renegotiation until 2024. 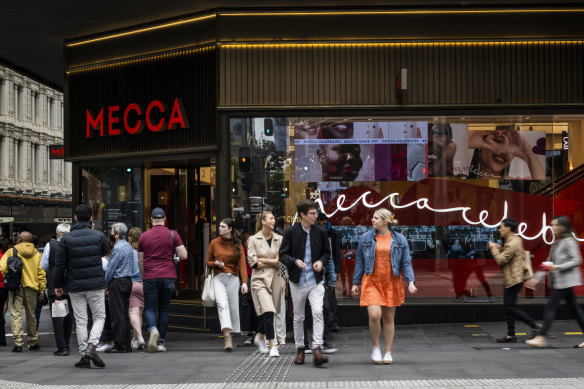 Household spending has so far been resilient in the face of rising interest rates and high inflation.Credit:Louise Kennerley

Those borrowers are not feeling the pain of higher rates and can continue to consume goods and services accordingly. This explains why spending has remained stubbornly high, despite the rising costs of goods and services.

The RBA says household spending is expected to slow over the period ahead although the timing and extent of this slowdown is uncertain.

It also acknowledges that much of the inflationary pressure Australians are feeling has been imported. There is nothing the RBA can do about that or the deteriorating international economy.

It can only tread the narrow path of attempting to tame inflation and keep the local economy growing. If successful, this will be Lowe’s Christmas present.