A version of this story first appeared in CNN Business’ Before the Bell newsletter. Not a subscriber? You can sign up right here.

London (CNN Business)Tens of thousands of jobs are being eliminated as the pandemic drags on, with employers announcing massive new cuts ahead of a potentially brutal fall and winter.

What’s happening: Thursday could be the worst day of layoffs in the history of aviation. After attempts to secure more federal money failed, American Airlines (AAL) and United Airlines (UAL) have said they will cut a total of 32,000 jobs.
“Today is a very sad day for all of us here at United,” CEO Scott Kirby said in a letter to workers.

Earlier in the day, American Airlines CEO Doug Parker told CNN he hoped that the job cuts might be avoided if the airline saw signs that Congress and Treasury Secretary Steven Mnuchin would be able to reach a deal. They were considering a multi-trillion dollar stimulus package that would include $25 billion in help for the nation’s airlines.
But sources told CNN that an agreement needs more time to win the necessary support.

High stakes: Both Parker and Kirby suggested they could reverse course and quickly recall employees if a deal is reached in the coming days.
“We implore our elected leaders to reach a compromise, get a deal done now, and save jobs,” Kirby said.
The airline industry, which is grappling with ongoing travel restrictions and lower demand due to Covid-19, isn’t the only sector under strain. Disney (DIS) said earlier this week that it would lay off 28,000 people in the United States as the pandemic continues to hammer its parks and resorts business. Shell (RDSA) said it would cut up to 9,000 jobs as part of its shift to low-carbon energy.
Even Goldman Sachs (GS) is resuming layoffs, which had been paused. The investment bank plans to eliminate about 400 positions, or less than 1% of its workforce.
The layoffs turn up the heat on Democrats and Republicans in Congress, who have been struggling to come to terms on the next round of aid. Wall Street analysts have largely given up hope that both sides can reach an agreement before the November election, but stocks rose Thursday on fresh optimism.
“The latest large corporate announcements indicate dark clouds gathering on the horizon,” Hussein Sayed, chief market strategist at FXTM, told clients Thursday. “If Congress does not act fast enough, expect to hear more of these announcements.”

The third quarter has come to an end — and for stocks, the period marked another three months of massive gains, despite wobbles in September.
The latest: The S&P 500 gained 8.5% last quarter after rallying nearly 20% between April and June. That means it’s back in positive territory for the year after a dismal start, up 4.1% from January.
The Nasdaq Composite had an even stronger showing, pushing 11% higher last quarter despite a sharp selloff at the beginning of last month. The Dow Jones Industrial Average rose a more muted 7.6% during the period.
“In spite of the poor performance in September, Q3 overall was another decent quarter as economies continued to recover from their post-lockdown lows,” Deutsche Bank strategists told clients Thursday.
The bank said that 28 out of 38 non-currency assets that it tracked moved higher between July and September.
Big winners: The price of silver skyrocketed 28% as investors piled into precious metals, which are considered a hedge in times of uncertainty. Gold gained nearly 6%.
The euro also had a strong showing, appreciating 4.3% against the US dollar as the latter currency came under serious selling pressure. It was the best quarter for the euro in more than three years, according to Deutsche Bank.
Still weak: Oil prices have struggled to edge higher as the pandemic hits demand. Brent crude futures, the global benchmark, rose just 2.5% last quarter, while US oil prices fell nearly 1%.

Going public via a direct listing is extremely rare. The New York Stock Exchange had to juggle two on the same day. 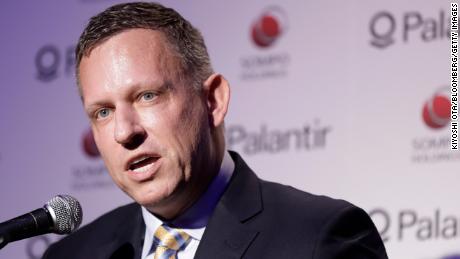 Palantir Technologies, the secretive data company best known for taking on controversial work for the US government, and Asana, which makes workplace software, both made their Wall Street debuts on Wednesday using unconventional direct listings.
What happened: Palantir’s stock started trading at $10 per share, giving the company a valuation of roughly $21 billion on a fully diluted basis. That’s on par with the $20 billion valuation it previously notched from private investors. It finished the day at $9.50 per share, still 31% above its reference price set as a guide by the NYSE.
Asana, meanwhile, saw its stock begin trading at $27. It closed at $28.80, 37% above its reference price — indicating that the rabid enthusiasm for new software companies hasn’t gone away.
Investors had been worried that executing two direct listings on the same day could lead to logistical problems. While the exchange avoided bouts of major volatility, the Wall Street Journal reports that technical issues with Morgan Stanley software barred some existing investors from offloading Palantir shares for a good part of the afternoon.
That raises the question: Are there many more people trying to sell Palantir stock just waiting to execute trades?