America is experiencing a cash box boom, with exchanges in the UK, Europe and Singapore eager to cash in on the phenomenon. Australia, meanwhile, sits on the sidelines with no plans to join the new financial gold rush.

In the US there is a boom – some say bubble – in SPACs, or “special purpose acquisition vehicles;” listed shell companies probably more familiar to Australia investors as the “cash box companies” last seen – before the ASX and Australian Securities and Investments Commission effectively prohibited them – during the sharemarket boom that burst in October 1987. 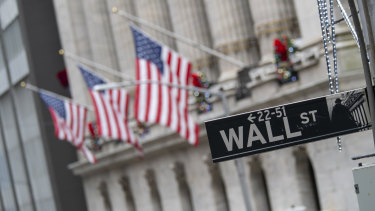 SPACs, or what are known as cash boxes, are experiencing a boom in the US.Credit:AP

In the US they have become extraordinarily popular, with about 250 SPACs listed last year, raising more than $US80 billion ($104 billion). In the December quarter alone there were more than 40 SPAC listings, raising $US3.6 billion, which for the first time was more than was raised via traditional initial public offerings, or IPOs.

There are a number of reasons for the boom in SPACs (also known as “blank cheque companies”), not the least of which is that the pandemic and the volatility it generated in financial markets made a traditional IPO, with the time, cost and disclosures required to bring a company to market, more problematic.

A SPAC raises equity via an IPO and then looks around for a private company to acquire/merge with. It has two years to do so before it has to return the cash, which is held in trust for investors.

Usually the SPAC has a sponsor – a group of executives or a private equity firm who provide its management – which own about 20 per cent of the vehicle, with public investors holding the rest until they are all diluted by an eventual transaction.

Their popularity last year, apart from the difficulties private companies might have had accessing financing during the pandemic, might also be attributable to the Robinhood phenomenon.

The US markets were flooded with first-time retail investors who were particularly keen on high-valuation/high-risk stocks, creating both a supply for capital for SPACs and the valuation-driven incentive for the SPACs and their private company markets to mine the market.

Investors, particularly unsophisticated retail investors, are drawn to companies whose prospects are unknowable. They capitalise what author Michael Lewis once described as “pure possibility.”

We saw it in Australia in the 1980s, when companies with nothing but cash in them were valued at a premium to that cash despite the apparent absurdity of a dollar of cash being valued at more than a dollar.

Charles Mackay, the author of the 19th Century Extraordinary Popular Delusions and the Madness of Crowds, re-told in that book what was probably an apocryphal story from the 18th Century (1720) South Sea Bubble, where an unnamed promoter described his shell company as “a company for carrying on an undertaking of great advantage, but nobody to know what it is”.

That effectively describes the appeal of the cash box or SPAC. The pure and unlimited possibility attached to the eventual deployment of the cash creates the prospect of great and unlimited returns without the weight of any historical records (many of the tech companies being “back-doored via SPACs will never have turned a profit) to anchor aspirations.

The success of the vehicles for what are essentially backdoor listings in the US has prompted exchanges elsewhere to try to cash in.

The London Stock Exchange allows SPACs (about 30 have been listed in the past five years) but it isn’t easy to list them and the rules, particularly a requirement that the SPAC’s shares have to be suspended between the time a deal is announced and its completion – which could be months – work against them.

Also, UK institutional investors have demonstrated a greater aversion than their US peers to handing over cash with no specific knowledge of how it will be deployed.

The European exchanges are also keen to participate and there are SPACs queuing up for listing, although, as in the UK, past experience with shell companies makes investors wary.

In Singapore the exchange is fast-tracking plans to capitalise on the surge in SPACs, planning a formal consultation on the listing of shell companies as part of its ambition to compete with Hong Kong for the listings of Asian technology companies. 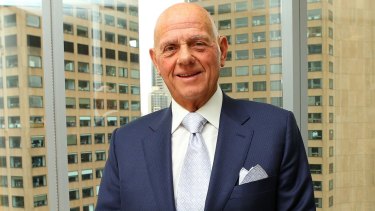 The ASX effectively banned cash boxes in the 1980s (Solomon Lew’s Premier Investments, which listed in December 1987, was one of the last of them).Credit:Pat Scala

The Hong Kong exchange has strict rules on backdoor listings, which creates an opportunity for Singapore to exploit the SPAC opportunity to attract companies that might otherwise IPO in Hong Kong.

The ASX has apparently had some overtures from potential SPAC promoters, or at least market participants keen to understand its attitude towards them.

The ASX effectively banned cash boxes in the 1980s (Solomon Lew’s Premier Investments, which listed in December 1987, was one of the last of them) and its listing rules probably make it impossible for a US-style SPAC boom to occur here.

Unlike the US and some of the other major exchanges, where the intensity of private equity public-to-private transactions and, in the US, the massive increase in share buy-backs, has led to “de-equitisation” and shrinking listings, the ASX has grown its listings base.

It has been aided by the greater costs and longer timelines for listings in some of those offshore markets and the deep pool of capital that compulsory superannuation has created here.

The way the ASX rid itself of cash boxes was to impose a requirement that either less than half the assets of a proposed new listing should be in cash or the entity has binding commitments to spend more than half its cash.

There is also a profits test – the ASX requires audited accounts for the previous three years and aggregated profits of at least $1 million over that period – which, with the assets test, would rule out a SPAC listing.

The requirement fits within ASX’s core commitment to maintaining an informed market and listing only companies with some form of track record and prospects that investors can assess.

After their experiences with the cash box entrepreneurs of the 1980s it is unlikely that either the ASX or ASIC (which would have to approve any changes) would willingly open the door to another cash box boom, although there will be pressure on them to ensure that the Australian capital markets remain competitive with their counterparts elsewhere if the SPAC boom persists.