The economic crisis sparked by coronavirus has prompted Fitch Ratings to cut its credit rating for the major Australian banks, as it warned of rising bad debts and pressure on profits from low interest rates. 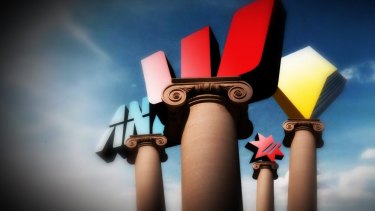 The global credit ratings agency on Tuesday night downgraded the big four banks to A+, with a "negative" outlook, as it predicted that government policies would not fully cushion the economy from the hit of the virus.

Banks have in recent weeks said small businesses and households can defer their loan repayments for up to six months if needed, but Fitch predicted this would not stop some loans from going into default.

It said that once the economic recovery begins, "a portion of businesses will fail to restart," and "some households will not be able to resume debt repayments after the repayment holidays provided by the banks."

"As a result, asset-quality metrics will likely weaken from current levels over the next 12-18 months," Fitch said.

The plunge in official interest rates was another risk identified by Fitch. Falling rates crunch banks' net interest margins, which refer to the difference between banks' funding costs and what they charge for loans.

"Earnings will face pressure from both higher impairment charges and lower interest rates. The central banks in Australia and New Zealand have cut their respective cash rates to 0.25 per cent and indicated that they will remain there for a prolonged period," Fitch said.

Credit ratings can influence banks' wholesale borrowing costs, which can in turn affect the price of loans.

Rival credit ratings agency Standard & Poor's has made no changes to its big four bank ratings, which are all AA- with a "stable" outlook.

Moody's, the other major ratings house, cut its outlook for the major banks to "negative" last week, citing similar factors to Fitch, but it has not changed its rating from Aa3.