National Australia Bank has entered into a court-enforceable undertaking to address failures in the major bank’s anti-money laundering regime, following an escalation of the financial crime regulator’s investigation which found widespread non-compliance. 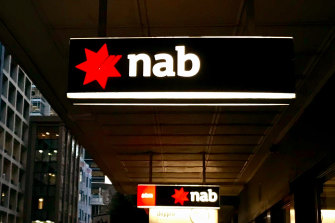 NAB has entered into an enforceable undertaking with AUSTRAC to improve anti-money laundering compliance. Credit:Photo: Will Willitts

The Australian Transaction Reports and Analysis Centre (AUSTRAC) launched a formal investigation into NAB in June last year, where it determined financial penalties were not being considered and on Monday, the regulator confirmed this position had not changed.

However, AUSTRAC will monitor NAB’s progress to ensure actions are taken within the required timeframe and maintain ongoing discussions between the regulator and bank. Under the terms of the agreement, NAB must complete a remedial action plan by December 31, 2024.

An independent auditor will report to AUSTRAC annually on progress, with the final report to be provided by March 2025. AUSTRAC chief Nicole Rose said the undertaking aims to ensure NAB complies with laws and combats the risk of serious and organised crime.

“National Australia Bank has demonstrated a commitment to uplifting its [anti-money laundering, counter-terrorism financing] controls, and has undertaken significant work identifying and implementing improvements to its programs,” Rose said.

“NAB has worked collaboratively with AUSTRAC throughout the investigation, and this enforceable undertaking will help to ensure NAB meets its compliance and reporting obligations.”

Rose said all businesses have an obligation to protect the community from serious and organised crime. “When these obligations are not met, AUSTRAC will not hesitate to draw on our range of regulatory tools and enforcement powers to maintain public confidence in Australia’s financial system,” she said.

CBA and Westpac have been fined a combined $2 billion in recent years following AUSTRAC investigations that revealed systemic non-compliance with anti-money laundering laws.

“We acknowledge the concerns that led to AUSTRAC’s investigation. We will continue to work closely with AUSTRAC as we deliver the agreed further actions.

“We recognise it has taken us longer to fix the concerns raised than it should have. We welcome AUSTRAC’s acknowledgement that NAB has undertaken significant work to date – and we accept that there is more to do.”

McEwan said it was essential that all staff within the bank focused on “getting the basics right”.

“Keeping criminals out of the financial system is a top priority for NAB. We recognise our opportunity to better detect, deter and disrupt the flow of illegal money at a time when the threat is evolving at an incredible rate.”