Australia’s competition regulator is suing Telstra in the Federal Court for allegedly misrepresenting internet speeds to customers of its cut-price brand, Belong.

The ACCC alleges that Australia’s largest retailer of telephone and data services, Telstra, made misleading or false representations about upload speeds to residential broadband customers of Belong. 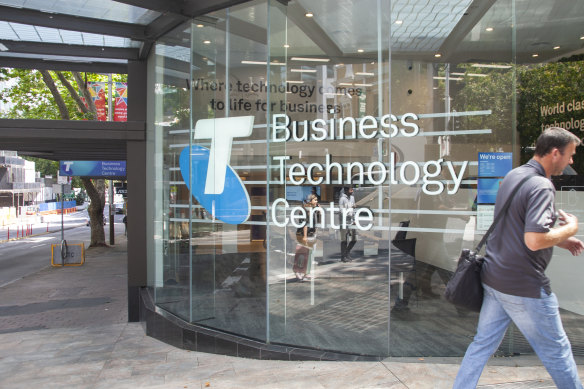 The ACCC has instituted Federal Court action against Telstra for allegedly misleading consumers.Credit:AFR

“We allege 8897 consumers who signed up to a Belong NBN plan between May 2017 and October 2020 were affected by this change and deprived of the opportunity to make an informed decision about their internet service,” said ACCC commissioner Liza Carver in the statement.

About 2500 customers were provided with a one-off $90 credit in March and April 2021 after Telstra acknowledged the failure, however the ACCC alleges many customers are yet to be informed their plan has changed.

“We allege that more than 6300 Belong customers have still not been informed by Telstra that their plan has changed to a lower maximum upload speed, and that Telstra continues to represent to them that the Belong broadband service supplied to them has not been altered,” Carver said.

“In these circumstances, we are seeking a court order requiring Telstra to pay compensation to consumers who, we allege, did not get the service they signed up for.”

This is the second time in about two years that the ACCC has commenced proceedings against Telstra. In November 2020, the competition regulator took the telco giant to court for admitted unconscionable conduct in the sale of post-paid mobile products to Indigenous consumers. In May last year Telstra was asked to pay $50 million in penalties.

Telstra, along with Optus and TPG, were ordered by the Federal Court to pay penalties totalling $33.5 million for making false and misleading representations to customers relating to certain NBN claims in June 2022. In that case, Telstra was ordered to pay $15 million for breaching consumer law.

A Telstra spokesperson said it was eager to resolve the new issue, and noted that Telstra had self-reported in the first place, but said they did not agree with the ACCC’s position.

“We don’t agree with the ACCC’s views on this issue and look forward to resolving it. When our communications with some of our customers have fallen short, we’ve let them know and made things right,” the spokesperson said.

The ACCC is seeking declarations, penalties, consumer redress, costs and other orders.