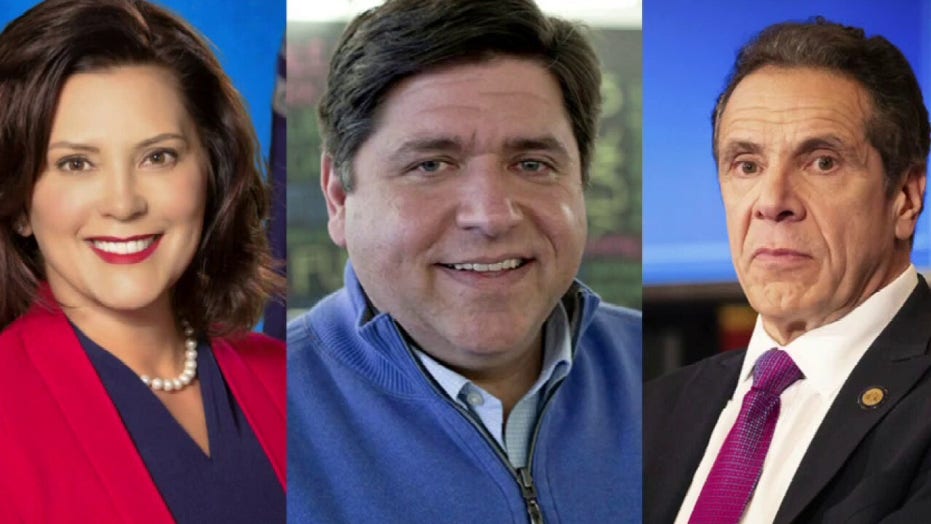 Who are the biggest tyrants of the coronavirus pandemic, lockdowns?

We're "all in this together," or so we were told at the outset of the pandemic 10 months ago.

This once-comforting notion has quickly morphed into survival of the fittest given the stringent government restrictions and crushing lockdowns that have violated our collective freedoms and destroyed the livelihoods of millions of Americans.

Today, nearly 19 million Americans are out of work while 880,000 of our friends, neighbors and family members filed for unemployment for the first time last week – the highest since early September – reported the Labor Department on Thursday.

But that's not all. "Seventeen percent of restaurants – more than 110,000 establishments – are completely closed," the National Restaurant Association reported this month.

In just the past three months 10,000 restaurants have shut their doors, a staggering number that doesn't even factor cities such as Los Angeles and New York, which subsequently announced the closure of indoor and/or outdoor dining, further decimating this small business sector.

Restaurants are just one industry being hammered by the ever-changing rules and restrictions imposed by heavy-handed government officials, most of whom have never run a business. If you stroll down any Main Street, USA, you'll see boarded-up windows of countless mom and pop shops that have gone bust at the hands of draconian regulations imposed by elected officials who don't impose the same "rules" on big corporations – or themselves.

For example, restaurants have been forced to cut dining capacity to 30% – or close indoor/outdoor dining altogether – in cities across America to #StopTheSpread while airlines can operate flights at full occupancy with no social distancing mandates.

Where's the scientific evidence that shows the highly contagious coronavirus doesn't spread on crowded public transit systems like subways, buses or Amtrak, but transmits at your local sandwich shop, gym or place of worship?

Or what about airplanes where the stranger sitting right next to you is permitted to take off his/her mask to eat and drink throughout the flight, and that's A-OK per officials, but tables at restaurants must be spaced at least six feet apart?

We’re operating under a grossly unfair and unethical system where almighty government officials don’t suffer any financial hardship during the pandemic while taxpayers — who fund their salaries – get kicked in the shins.

And let's not forget all the patrons being forced to eat outside in sub-freezing New England temperatures, while Democratic Rhode Island Gov. Gina Raimondo was photographed sipping wine indoors at a wine and paint event in Providence last week. This, mind you, was after she urged Rhode Island residents to avoid all nonessential activities amid the pandemic.

You'll also recall California Gov. Gavin Newsom and other Democratic officials not living by their own mandates when dining with a large group and members of other households at the exclusive French Laundry restaurant in Napa Valley.

That's just a smidgen of the glaring inconsistencies and double standards that not only violate our freedoms, but also illustrate how powerful elites are handpicking "winners and losers" in the economy.

Power-hungry governors, mayors and other government officials throughout the country are taking home paychecks while shutting down small businesses and restricting millions of workers from earning a living and providing for their families.

If that's not the definition of income inequality, then what is?

As you can see, we're not all "in this together." We're operating under a grossly unfair and unethical system where almighty government officials don't suffer any financial hardship during the pandemic while taxpayers — who fund their salaries – get kicked in the shins.

If this is acceptable to you, please locate your spine.

Luckily, there's a solution: Voters must demand that elected officials forfeit their own paychecks when any business is shuttered under their mandate.

For example, if a business is shut down restricting Americans from earning a living for three weeks, then the official must forfeit their salary for the same duration. If a lockdown extends, so does the official's pay freeze. That will level the economic playing field eliminating a two-tiered system of "haves" and "have-nots."

It will also restore the noble concept that we're all in this together.