Sanders and Biden are creating six task forces — on the economy, education, criminal justice, immigration, climate change and health care — as a core part of Biden’s outreach to the progressive wing of the Democratic Party, Sanders announced when he endorsed the former vice president last week.

The goal is to present a united platform before the convention, influence the kind of personnel who would fill a possible Biden administration and arm Biden with possible executive orders that he could enact quickly should he be elected president.

HuffPost obtained a preliminary list of some of the people Sanders is considering. Everything is still in early stages, and the two campaigns have been negotiating who will be in these six policy groups and how big the groups will be.

The list includes progressive policy experts who heavily influenced Sanders’ campaign platform over the last year, such as Darrick Hamilton, The Ohio State University economist who has become one of the leading academics on the racial wealth gap in the United States, and Stephanie Kelton, an economist at Stony Brook University who has championed Modern Monetary Theory — the idea that governments can never run out of money, and that deficit spending on major domestic programs would lead to economic growth.

Though not exhaustive, some other names on the Sanders campaign’s early list include Heather Boushey, an inequality expert with the Washington Center for Equitable Growth; Emmanuel Saez and Gabriel Zucman, two leading economists in the world of wealth inequality and progressive taxation; Jeffrey Sachs, who runs Columbia University’s Center for Sustainable Development; Josh Bivens, an economist with progressive think tank Economic Policy Institute; Daniel Kammen, who runs the Renewable and Appropriate Energy Lab at University of California, Berkeley; Tara Raghuveer, an affordable housing activist who runs the Kansas City Tenants group; and Bonnie Castillo, the executive director with the National Nurses Union.

Faiz Shakir, Sanders’ campaign manager who has been negotiating with the Biden campaign for weeks, would not confirm that the campaign was considering these individuals. These task forces are not yet finalized and could consist of a mix of campaign staff and outside experts. HuffPost reached out to every person on the preliminary list. Sachs and Kammen said they had not heard from either campaign. Boushey and Kelton declined to comment. The others did not respond.

Shakir said the Sanders campaign will put forward “people who are experts that are going to represent the ideologies of the respective candidates.”

“There are no shrinking violets here,” he said, adding that Biden’s team has been very “receptive” to their suggestions.

A Biden campaign aide echoed the sentiment, saying the task force will “represent the diverse viewpoints of the Democratic Party.” 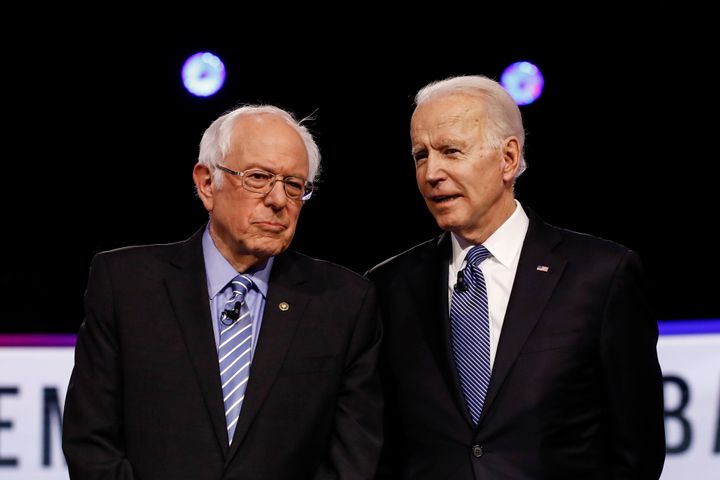 These people, if included on the task forces, would represent a significant shift in the kind of policy thinking surrounding Biden. The former vice president’s close-knit inner circle includes people such as Bruce Reed, who oversaw President Bill Clinton’s 1996 welfare reform push and, as The American Prospect’s Robert Kuttner said, “epitomized the right wing of the Clinton and Obama administrations.”

Sanders’ campaign compiled its list internally with the intention of representing the voices of the progressive activist community, labor unions and progressive academics that their policy team often relied on during the campaign. (That said, Sanders was not the only candidate to turn to these experts throughout the campaign cycle; Hamilton, for example, consulted on Massachusetts Sen. Elizabeth Warren’s higher education plan and was behind New Jersey Sen. Cory Booker’s proposal to give most Americans government-backed savings account at birth.)

Sanders’ team published a momentously left-wing agenda that called for an aggressive wealth tax, as well as a suite of expansive social programs such as universal child care, family leave, tuition-free public school from pre-kindergarten to college and university, government-run health insurance, and student and medical debt cancellation.

Biden, whose campaign primary did not emphasize policy in the last year, hasn’t come close to adopting any of those ideas, though his platform remains far more progressive than that of Hillary Clinton’s in 2016. He has signaled an openness to making some adjustments, crediting Warren and Sanders — two candidates often considered the progressive wing of the Democratic presidential field. In the last two months, Biden has backed making public colleges and universities tuition-free for those from families with incomes less than $125,000 a year, eliminating student debt for those making less than under $125,000 a year, and lowering the Medicare eligibility age from 65 to 60.

Sanders and his allies, however, have said those changes are not going far enough.

Shakir said the Sanders team has not consulted with Warren’s staff on the task forces, but did not rule out the possibility that Biden’s staff has been reaching out to those that worked on other Democratic campaigns in the last year.

Among those negotiating on Biden’s side are veteran Democratic operatives and Obama administration veterans Ron Klain and Anita Dunn, who has come under scrutiny in the left for her work in the private sector at political communications firm SKDKnickerbocker and for her recent comments dismissing Sanders as a “protester who often shows up at campaign events.” Shakir and Sanders adviser Jeff Weaver have been representing Sanders’ side of negotiations.

Outside progressive groups like Demand Progress, the Roosevelt Institute and the Revolving Door Project are also working to influence those staffing decisions. Biden told donors at a fundraiser that he is open to unveiling his picks for Cabinet appointments during the general election.

“We are starting the process of the platform conversation much earlier than certainly 2016, but earlier than ever before,” Shakir said.