Asia's richest man wants to build the next tech giant

Hong Kong (CNN Business)India’s festival shopping season is underway, pitting the country’s biggest online retailers against each other in a battle to grab a larger chunk of the growing, lucrative e-commerce market.

The two biggest players, Walmart (WMT)-owned Flipkart and Amazon (AMZN), are going head-to-head with their own shopping events: Big Billion Days and the Great Indian Festival. Deep-pocketed JioMart, which is owned by Asia’s wealthiest billionaire, is looking for market share, too. 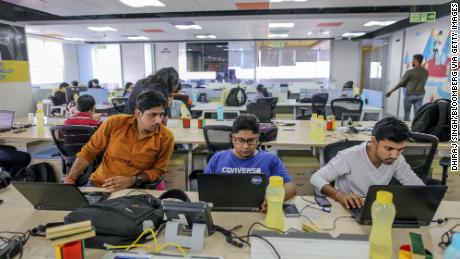 The sales blitz leading up to Diwali, the festival of lights, is critical for the companies because “they get a big chunk of spending during this period,” said Satish Meena, senior forecast analyst with market research firm Forrester.

But this year is particularly important as the world reels from economic fallout caused by the coronavirus pandemic. Millions of Indian shoppers are still wary of venturing into physical stores, and Meena expects online sales to grow more than 34% to $6.5 billion this year.
“This is the time when consumers are actually in spending mode,” he said, adding that the roughly one-month sales period is expected to account for 18% of India’s total online shopping for 2020. “That’s why every company wants to win the battle during the festive period.”

Flipkart was India’s single-largest online retailer in 2018 with 31.9% market share, according to the most recent report from Forrester. Walmart bought the homegrown company for $16 billion in 2018.
Flipkart’s seasonal shopping event, Big Billion Days, kicked off on Friday.
The company has built its strategy around selling affordable goods to the huge number of middle and lower middle class online shoppers in India’s smaller cities, according to Rajneesh Kumar, Flipkart’s senior vice president and chief corporate affairs officer.
“A significant … number of people in India look for value for money,” Kumar said. “If you provide the right value and the right customer experience, you will win.”
But Amazon (AMZN) is a formidable competitor. The company was just behind Flipkart with 31.2% market share in the Forrester report, and has developed a strong reputation in the country.
Last year, the US firm was ranked as India’s most trusted online retailer in an annual survey conducted by TRA. The market research firm reported that 10 times as many respondents said they trusted Amazon than they did Flipkart, which came second.
“Flipkart and Amazon are neck-to-neck in the e-commerce wars, in terms of their product offerings, their initiatives to bolster affordability and increase consumer confidence, and most importantly, their last-mile delivery initiatives,” said Prabhu Ram, head of the Industry Intelligence Group at research firm CMR.
Forrester’s Meena agreed, noting that “no clear winner” has yet emerged. 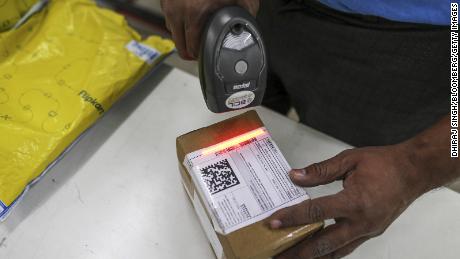 But he added that when it comes to festive sales, Flipkart has “an edge in terms of the amount of money customers spend.”
That’s because Flipkart dominates online fashion sales, Meena said, adding that the company has strong tie-ups with smartphone brands to offer big discounts.

The importance of Diwali

Flipkart and Amazon each faced enormous difficulty delivering orders across the country earlier this year as cities were locked down to combat Covid-19.
Since then, they have worked to improve their supply chains — especially ahead of the festive season.
Amazon opened a new warehouse in Bangalore this month to handle the spike in holiday orders and hired 100,000 seasonal workers — 10,000 more than last year. Flipkart said it hired 70,000 additional warehouse and delivery workers to handle the rush, a 20,000-person increase over 2019.
Both companies have also translated their platforms into more languages, which they say will help them reach more shoppers in smaller cities and rural areas.
“We have geared up really strongly for the festive season,” said Minari Shah, director of public relations at Amazon India. Amazon’s Great Indian Festival starts on Saturday, but members of its Prime subscription program have access to deals a day earlier.
Like Flipkart, Amazon declined to talk about past or projected festive sales figures, but Shah noted that “undoubtedly, [the holiday season is] a very important part of our calendar.”
Like the US retail events Black Friday and Cyber Monday, India’s online shoppers are loading up virtual carts ahead of time as they wait for sales to kick in. Retailers typically offer deals on fashion, smartphones and consumer electronics, as well as holiday staples like candles, lights and other decorations. 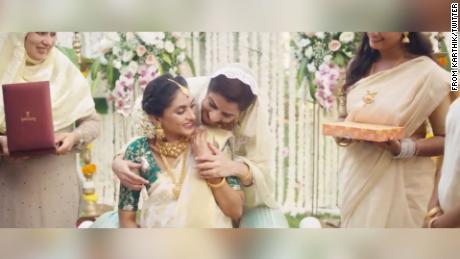 “Since I need to buy a couple of gadgets, I feel that I can wait for a couple of weeks until the sale starts and get a better deal,” said Anshul Arzare, a banker who lives in Mumbai.
Arzare said he has seen a spike in online shopping since the pandemic started. In his apartment complex, “there’s a designated area for delivery boys, and at any given time you can see an Amazon boy there with 20 packages.”
The professional said he prefers using Amazon.
“The experience has been quite good and I intrinsically have more confidence in Amazon’s product delivery rather than Flipkart,” he said.

Jio is not a major threat, for now

The festive sales battle is taking place as Asia’s richest man makes a play for the country’s growing e-commerce market. JioMart, which is part of Mukesh Ambani’s sprawling conglomerate Reliance Industries, made waves earlier this year when it expanded to hundreds of cities across India — a move widely seen as a challenge to Amazon and Flipkart.
JioMart is part of Jio Platforms, which has raked in more than $20 billion in funding from the likes of Facebook (FB), Google (GOOG) and US private equity giant KKR.
“Though it is fairly nascent, JioMart is ambitious, and with a cocktail of attractive discounts and cashback offers, will seek to entice online shoppers,” said Ram, of CMR.
JioMart did not respond to a request for comment for this story. For now, it is only offering online groceries, leaving Flipkart and Amazon to duke it out over deals on smartphones, consumer electronics, clothing and households items.
But JioMart plans to enter the fray soon.
“In addition to grocery, we will expand JioMart to cover electronics, fashion, pharmaceutical and healthcare in the days ahead,” Ambani said at Reliance Industries’ annual meeting in July. 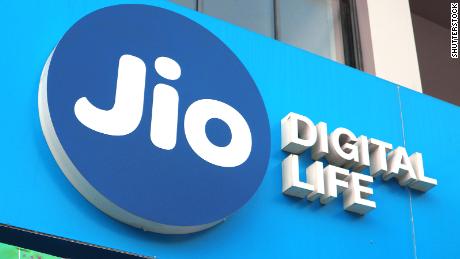 Flipkart said it welcomes more competition.
Growing India’s e-commerce industry “requires so much investment on the ground to build supply chain,” Kumar said. “More players are good because more and more investment will come to build that supply chain.”
Whether it is Flipkart, JioMart or some other e-commerce player, Shah said Amazon tries not to get caught up in what rivals are up to.
“We watch them, but we are always more focused and obsessed with our customers than with the competition,” she said.
The competition will only intensify. E-commerce sales account for just 5% of India’s total gross merchandise value, according to an August report from consulting firm McKinsey.

But now, because of the pandemic, “the digital economy in India is in the throes of taking off,” said Ram, adding that companies are also picking up new consumers as rural parts of the country come online.
“Some of the trends that we see this year will be here to stay,” he said. “I do not see a return to the way we were.”
Source: Read Full Article