BEAVERS have won the permanent 'right to remain' in a river in the UK.

The River Otter in East Devon is already home to the 15 beaver families who were part of a five year study into their impact on the local environment. 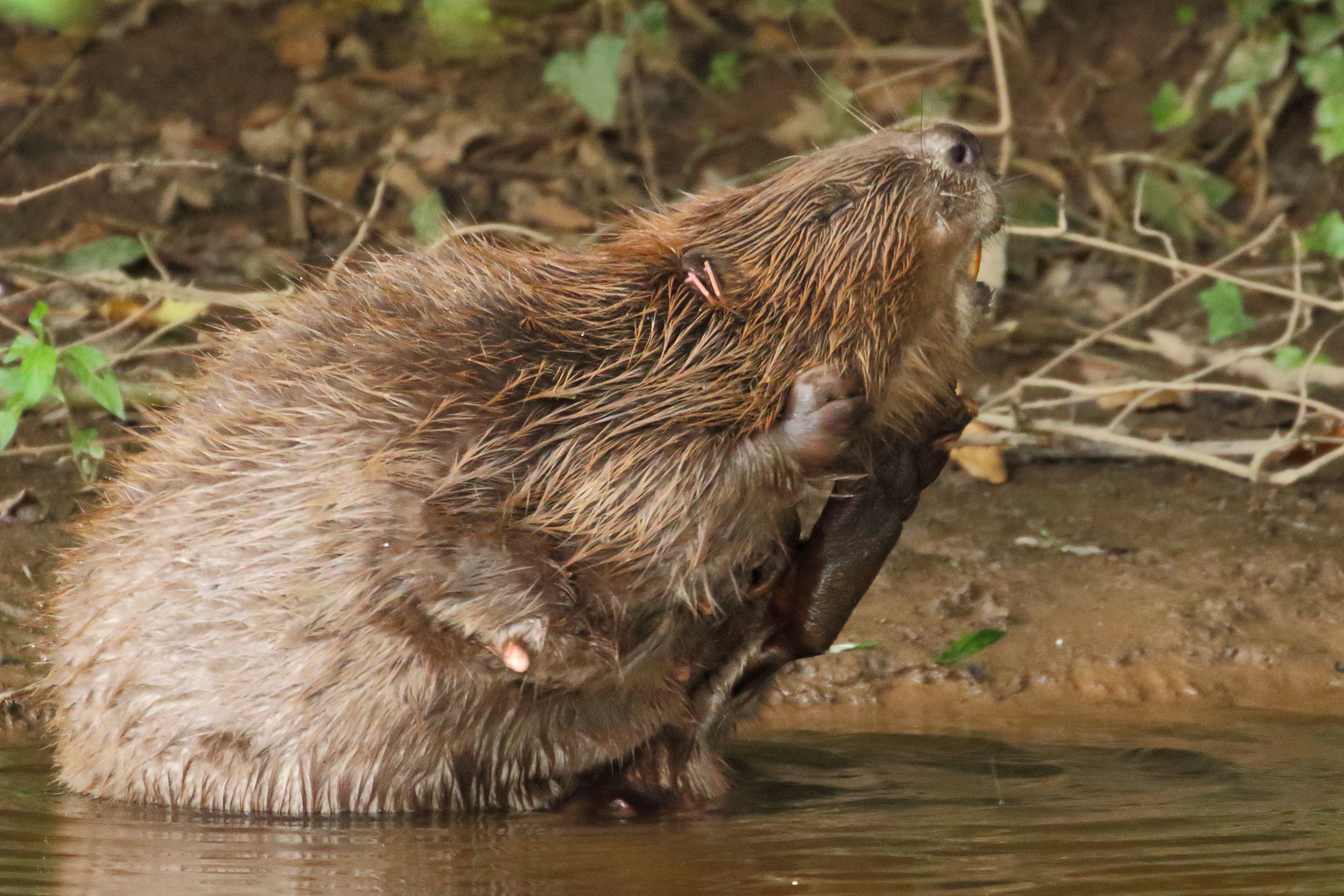 They have been monitored by the Devon Wildlife Trust (DWT) and the government has now granted them permission to stay.

The Trust said this was "the most ground-breaking government decision for England's wildlife for a generation."

Beavers were first spotted in the river in 2008 but no one was sure of their origin or who was responsible for releasing them.

Some suspect wildlife activists illegally put them in the river. 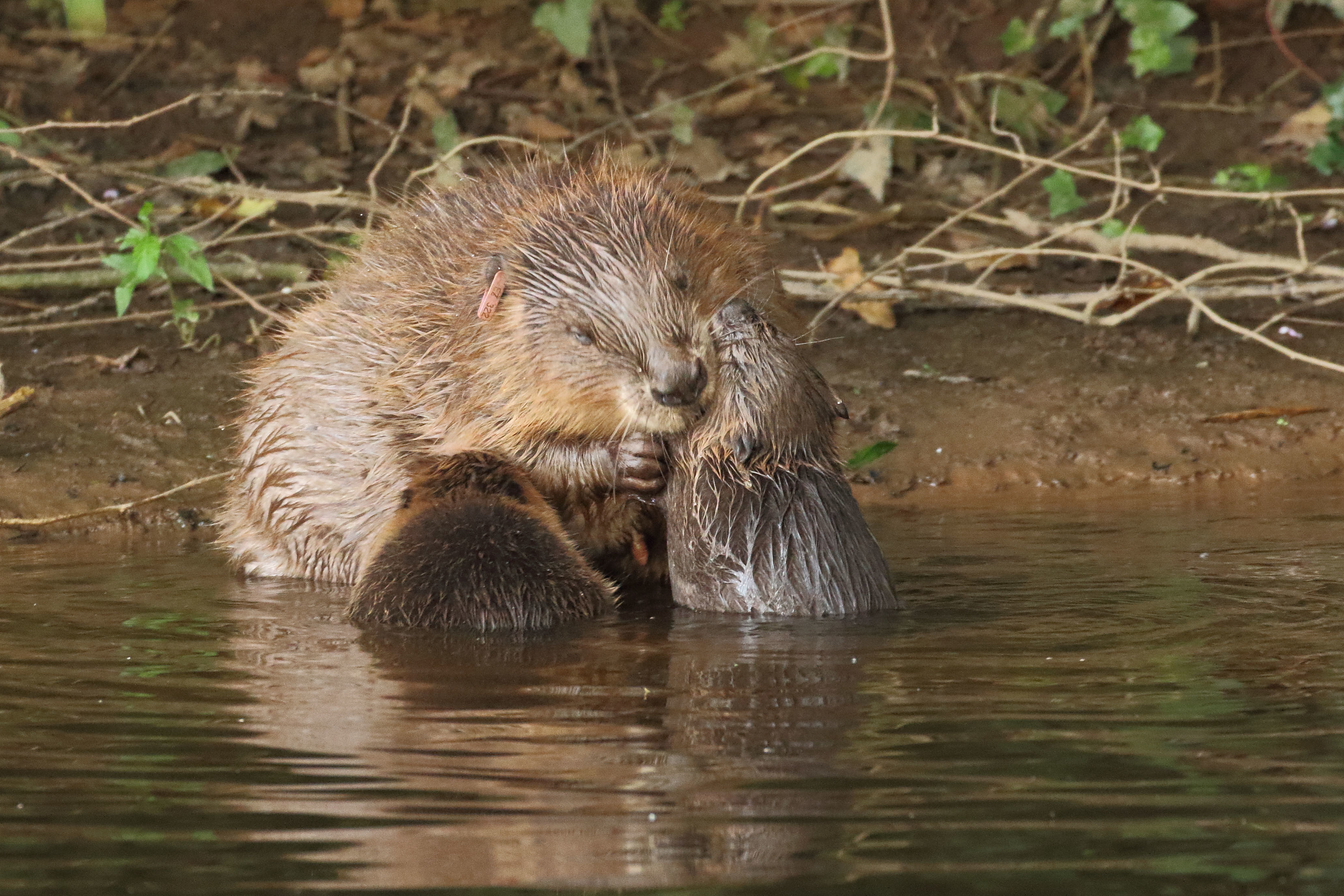 Beavers were originally hunted to extinction in the UK in the 16th century.

They were used for their meat, water resistant fur and a substance called castoreum. 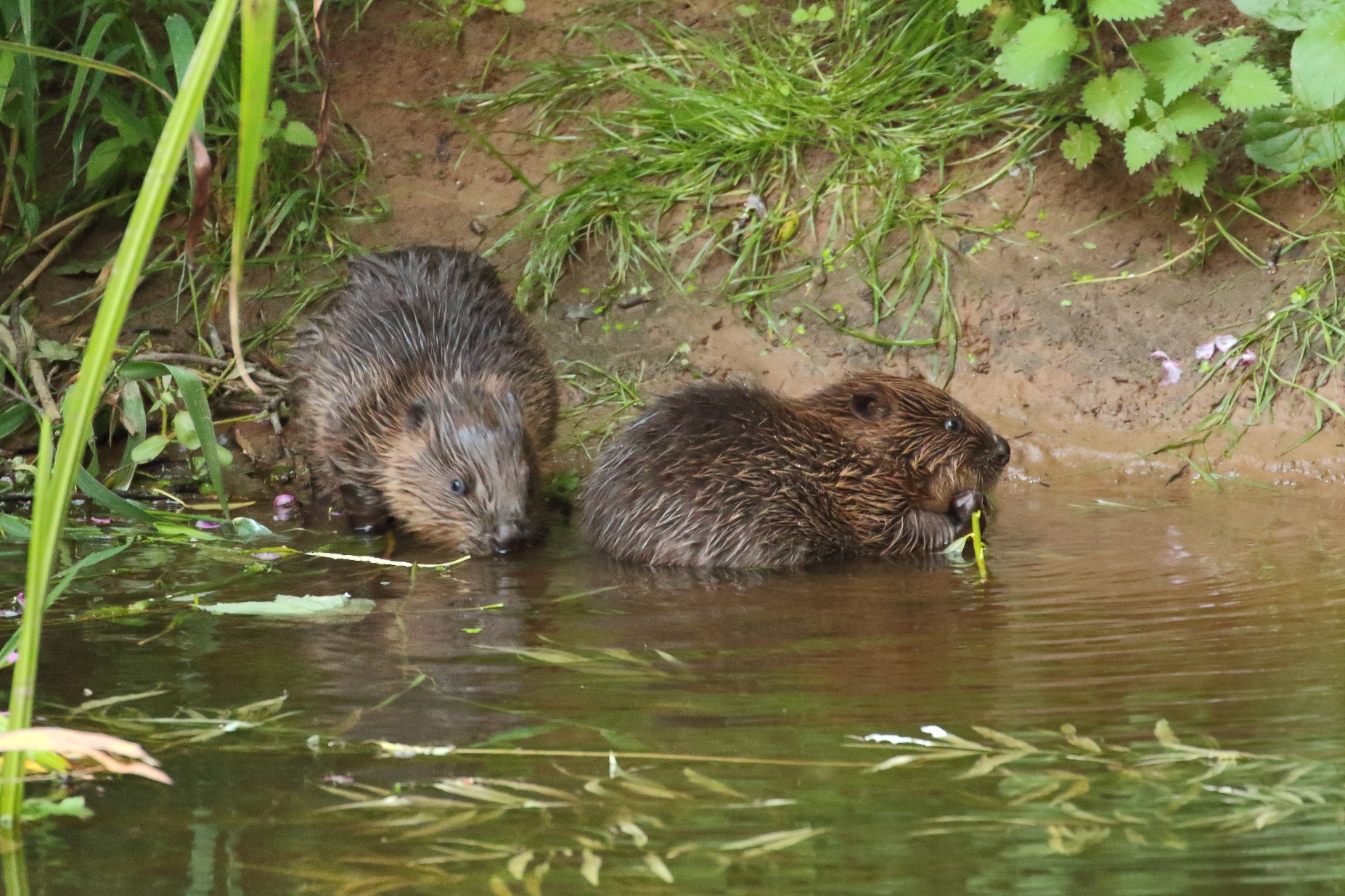 When it was discovered the mysterious River Otter beavers had reproduced in 2014 the government planned to have them removed.

That's when the DWT stepped in and was given five years to study the beavers and find out if removal was necessary.

It's now been decided the beavers can have positive impacts for farmers and landowners.

The creatures create complex underwater homes they build out of wood.

These structures can work like natural flood defences and reduce the risk of flash flooding. 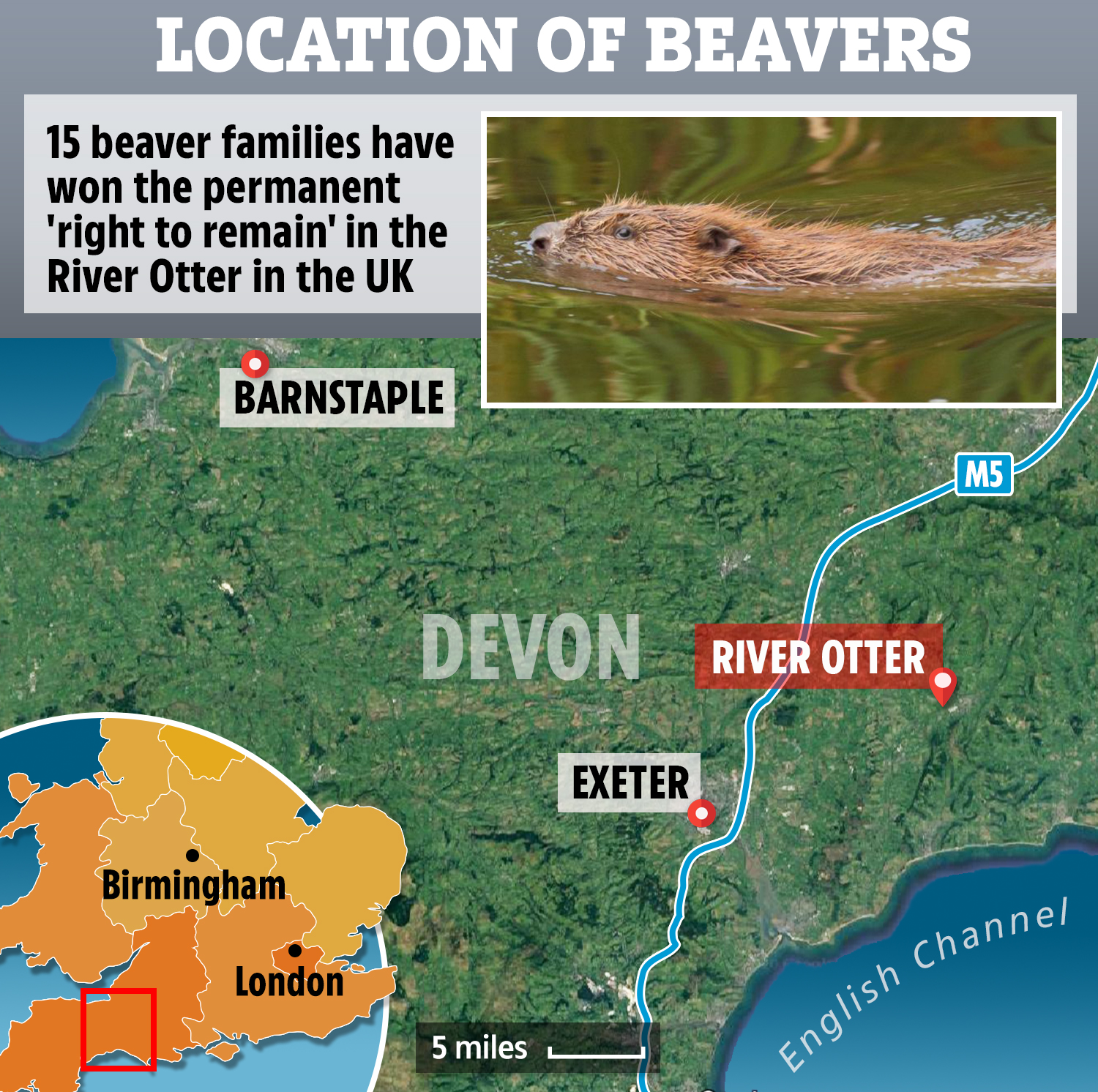 Beavers were also found to improve the water quality in the area and the amount of fish.

The trial showed the creatures had an overall positive impact on ecology.

All the evidence from the study helped the UK Department for Environment, Food and Rural Affairs to make what it called a "pioneering" decision.

Beavers can now live, roam and breed in the river.

They're the first extinct native mammal to get government backing to be reintroduced. 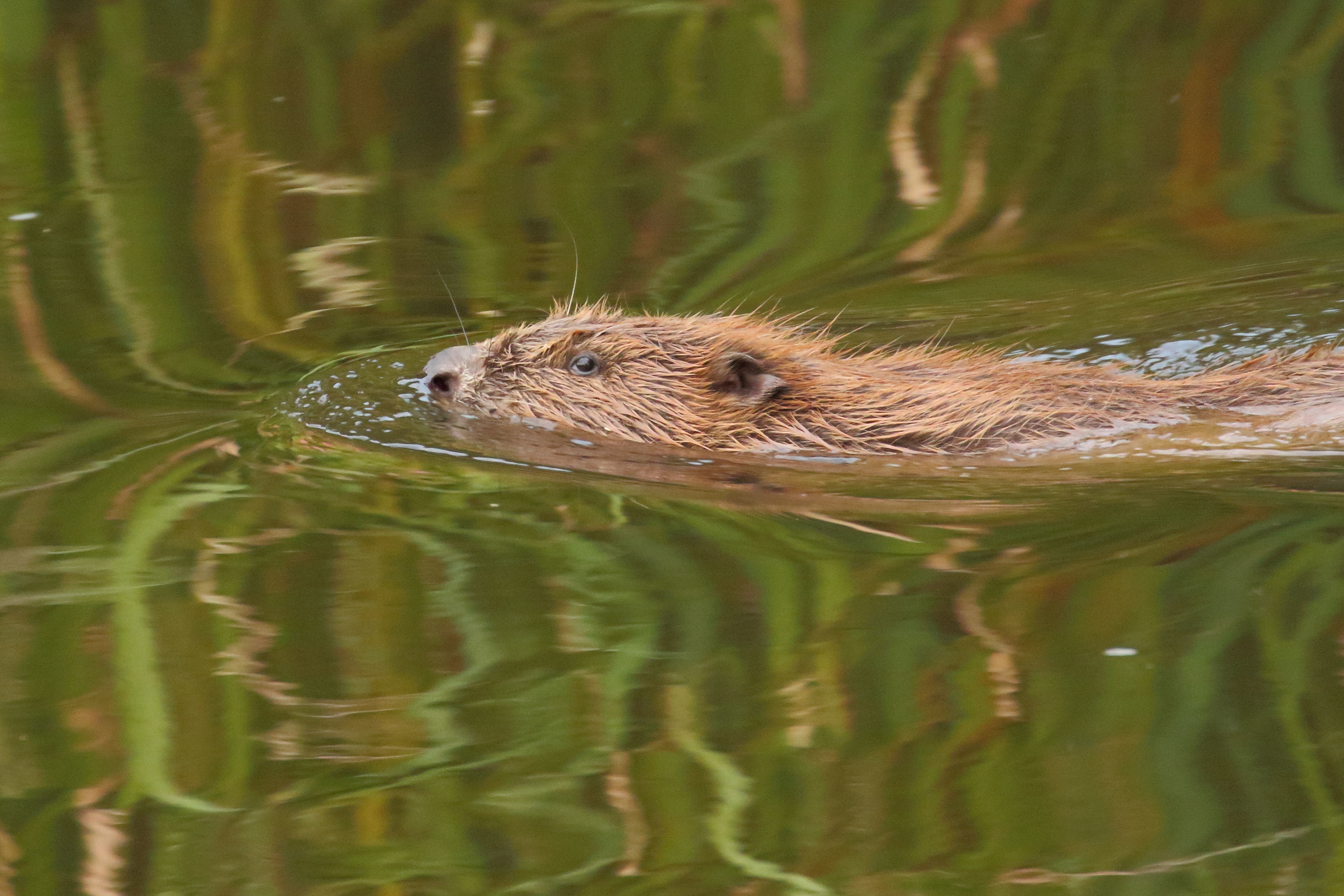 Environment minister Rebecca Pow said: "In our new system of environmental land management, those with land will be paid for delivering services, such as flood management and increased biodiversity.

"Using beavers in a wider catchment sense, farmers could be paid to have them on their land."

However, not everyone is happy that the 50 adult beavers and their young kits have government support.

Mark Owen, Head of Freshwater at the Angling Trust, said: “There remain serious concerns around the impact the release of beavers could have on protected migratory fish species, such as salmon and sea trout.

"Many of these species have been lost from rivers such as the Otter.

"We wrote to the Secretary of State about our concerns that the fish impacts studies for the River Otter were flawed."

Beaver supporters think all the beavers need is the right management to have more positive impacts.

In other news, there's been a huge surge in fires in the Amazon rainforest.

And, bison are returning to the UK 6,000 years after prehistoric Brits hunted them to extinction.

Are you a fan of beavers? Let us know in the comments…

Related News:
Economy News:
China’s revival is propping up the global economy
Justice Dept.Files Antitrust Suit Against Google
IBM Q3 Profit Meets View, Revenues Beat Street
Furloughed B&H workers accuse company of discrimination
Discover CEO sounds warnings on white collar job loss
EU imposes sanctions on 6 Russians over Navalny poisoning
Heineken fined for allegedly forcing pubs to sell ‘unreasonable’ amounts of beer
Recent Posts
This website uses cookies to improve your user experience and to provide you with advertisements that are relevant to your interests. By continuing to browse the site you are agreeing to our use of cookies.Ok