A group of Texas Democrats staying in Washington, D.C., after leaving the Lone Star State earlier this month will receive about $600,000 to help finance the trip, former U.S. Rep. Beto O’Rourke said Thursday.

The money will go toward a $1.5 million fundraising goal that the Democrats have set for their trip, the Texas Tribune reported.

O’Rourke, who founded the political group Powered by People, disclosed the $600,000 amount Thursday during a virtual news conference, the Tribune reported. The figure represented an update of a previous tally of more than $500,000 raised for the state lawmakers, the report said.

“We’re gonna make sure that we get the full amount, 100 percent of what’s raised, to y’all,” O’Rourke told the lawmakers in an online call, the Tribune reported. “It is the least that we could do for everything that you are all doing for us. We want to do more.”

“Grateful to Beto and all folks who have contributed to our efforts – many small donations have come in too,” Texas state Rep. Armando Walle, D-Houston, told the Tribune. “We’re all working together to raise those resources. We’re not there yet, but that’s why we’re on the phones, making those calls.”

Dozens of Texas Democrats fled the state to avoid a special session of the state Legislature, denying state Republicans of a quorum as they try to pass new election integrity bills. Many Democrats have described the Republican-backed bills as voter suppression efforts.

But the Democrats have faced some public relations setbacks since arriving in Washington.

On July 15, Democratic state Rep. Donna Howard was mocked on social media after posting a photo of her drying clothes inside her D.C. hotel room, which critics derided as an attempt to portray the avoidance of her legislative duties as an act of self-sacrifice.

Later came news that several of the Texas Democrats had tested positive for the coronavirus. The disclosure was followed by news that Vice President Kamala Harris had undergone coronavirus testing at Walter Reed medical center following a meeting with the Texans on July 13. (White House press secretary Jen Psaki told reporters that Harris’ test was scheduled prior to the meeting.)

Harris, who was already vaccinated, tested negative for the virus, the New York Post reported. 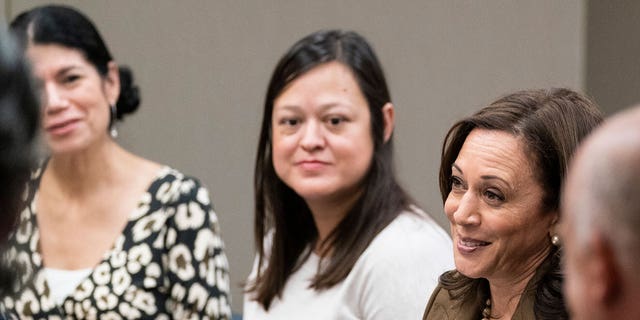 Earlier this week, Democratic state Rep. Michelle Beckley was mocked for referring herself and others as “brave Texas Democrats” after flying on chartered planes to their hotel stays in the nation’s capital. She used the same tweet to promote her run for a U.S. House seat against a GOP incumbent.

“I’m one of the brave Texas Democrats who came to D.C. to fight for voting rights in my state. Now, I’m fighting to flip a seat held by an anti-democracy Republican. I have 28,500. Can you help us get to 50,000 followers?” she tweeted.

Texas Republicans have referred to the Democrats’ D.C. as a political stunt – with several alleging to move violates the law.

On July 12, Gov. Greg Abbott said on “The Ingraham Angle” that the Democrats would be arrested upon their return to the state.

Days later, Texas House Speaker Dade Phelan announced plans to have a plane to D.C. be on “standby” to bring the Democrats back to Texas.

Phelan has also demanded that the Democrats pay back a $221 per diem they have been receiving since the special session got underway in Austin, the Tribune reported. 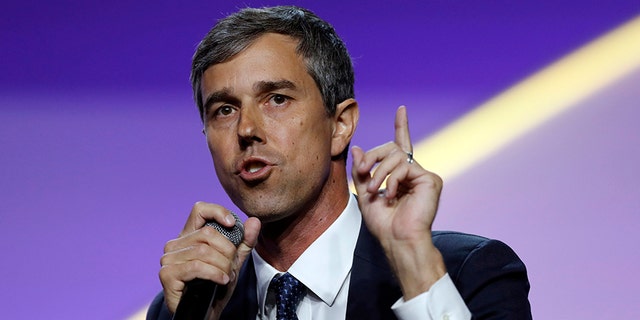 The Texas Democrats initially said they planned to stay in D.C. until after the special session ends Aug. 6, the Tribune reported.

In addition to paying for their hotel rooms, meals and other costs, funds raised for the Texas Democrats will also help fund a conference on virtual voting rights that the group plans to hold this week, Walle told the Tribune.

Prior to the pledged donations from O’Rourke’s group, the runaway Democrats have used funding from the Mexican American Legislative Caucus, the Texas Legislative Black Caucus, and the campaign accounts of individual lawmakers, according to the Tribune.

O’Rourke, 48, served in Congress from the El Paso area from January 2013 to January 2019. In 2018, he lost a bid to unseat U.S. Sen. Ted Cruz, R-Texas, and then ran an unsuccessful campaign for the Democratic Party’s 2020 presidential nomination.