President Biden’s State Department dragged its feet for weeks before releasing climate czar John Kerry’s public financial disclosures, which revealed new details about Kerry’s wealth, including that he received $5 million from Bank of America as chair of the bank’s Global Advisory Council.

JOHN KERRY TOOK PRIVATE JET TO ICELAND FOR ENVIRONMENTAL AWARD, CALLED IT ‘ONLY CHOICE FOR SOMEBODY LIKE ME’

Fox News first requested a copy of Kerry’s financial disclosures on April 9 to no avail. While such requests are typically fulfilled in a day or two, that wasn’t the case here — and it’s not clear why.

Fox News sent the State Department five total requests for the documents before they were released, despite communications with an agency spokesperson who directed Fox News to contact the same email address to which the requests had already been sent.

The State Department only released the documents after Fox News informed the agency that it was preparing a story on the administration’s refusal to comply with the records request. A State Department spokesperson then said they were “seeking an answer” about the document request.

The State Department didn’t immediately return a request for comment on the delay.

Kerry is one of the richest members of the Biden administration, and financial disclosure documents show that his wife owned fossil fuel-related stocks even as he traveled the world preaching about the existential threat of climate change. 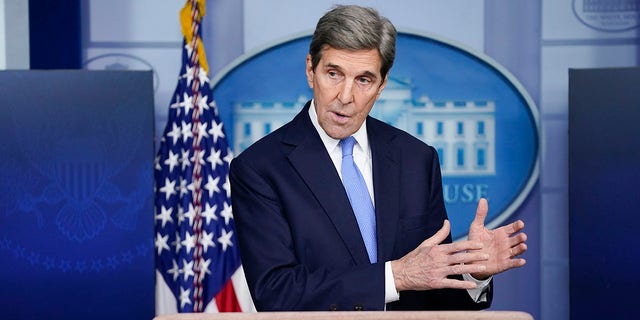 “The State Department’s Ethics Office reviewed Special Presidential Envoy Kerry’s assets and investments upon his appointment to identify holdings that could pose a significant risk of a conflict of interest,” a State Department spokesperson told Fox News. “Special Presidential Envoy Kerry agreed to divest the assets identified by the Ethics Office and has done so.” 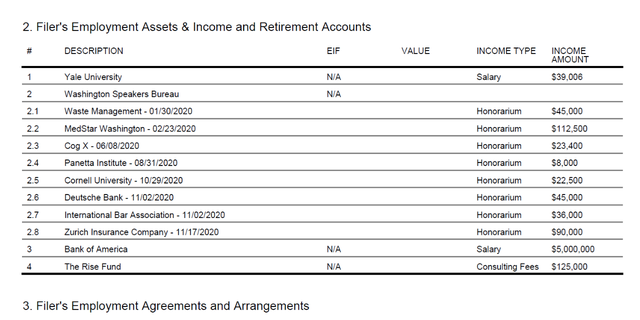 As special presidential envoy for climate, Kerry has called for corporations to move away from fossil fuels and is reportedly pushing major banks to create a net-zero emissions banking alliance.

Heinz was married to H.J. Heinz Company heir Sen. John Heinz until his death in 1991, and she held stake in Heinz Family Commingled Alternative Investment Funds, according to the 2016 disclosure.

Kerry and his wife said they would divest from Canadian oil company Suncor, which advocated for the Keystone XL pipeline, in 2013 before he became secretary of state, Financial Post reported. However, Teresa Heinz held between $15,000 and $50,000 in shares of Suncor through the H.J. Heinz III Marital Trust, according to the 2016 disclosure.

JOHN KERRY’S NET WORTH: WHAT TO KNOW

Kerry has stressed that climate change is an “urgent national security threat.”

“America will soon have a government that treats the climate crisis as the urgent national security threat it is. I’m proud to partner with the President-elect, our allies, and the young leaders of the climate movement to take on this crisis as the President’s Climate Envoy,” he wrote on Twitter in November after the 2020 election.

Kerry played a key role in the Paris Agreement, through which nearly 200 countries agreed to cut their greenhouse gas emissions.

“For the first time in history – despite the low prices of oil, coal, and gas – more of the world’s money was spent fostering renewable energy technologies than on new fossil fuel plants,” Kerry said at the 2016 signing of the Paris Agreement. “Today we know:  The new energy future, the efficiencies, the alternative resources, the clean options – none of what we have to achieve is beyond our capacity technologically.  The only question is whether it is beyond our collective resolve.”

Kerry is “the first-ever Principal to sit on the National Security Council entirely dedicated to climate change,” according to his State Department bio.

Kerry, the former secretary of state, lieutenant governor and senator from Massachusetts, and an unsuccessful 2004 Democratic presidential candidate, is worth far more than most lifelong politicians. Kerry’s net worth was estimated to be $103 million in 2013, the last year he held a Senate office, according to the Center for Responsive Politics.

Teresa Heinz came under fire in 2003 when she refused to make her tax returns, which she files separately from her husband, public during her husband’s presidential campaign.

She eventually made the first two pages of her 2003 returns public, which showed she earned $5.1 million that year, almost all of it from interest and dividends on investments.