Biden with upper-single digit lead over Trump with 4 weeks until Election Day: polls 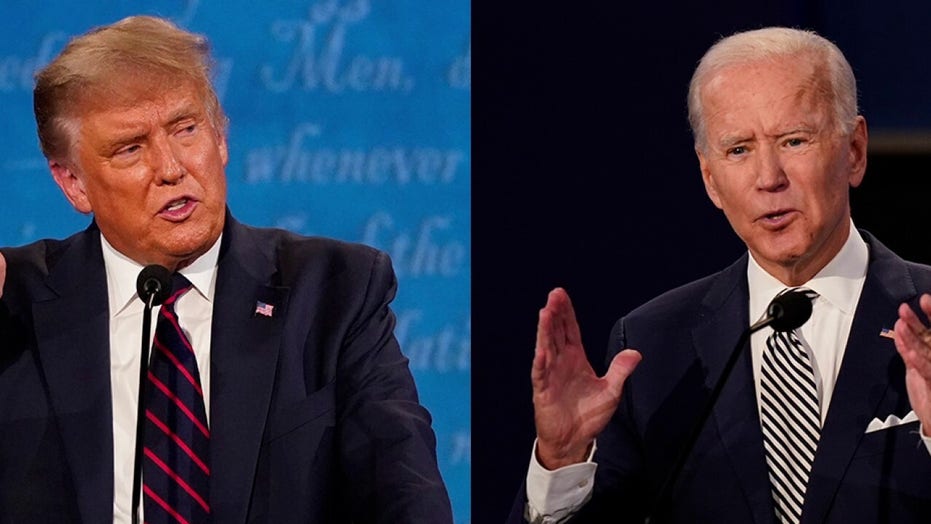 With the clock ticking toward Election Day, Democratic presidential nominee Joe Biden holds a nearly 10-point lead over President Trump in an average of the latest national polls.

But in the crucial battleground states where the presidential election will be won or lost, the most recent public opinion surveys point to a tighter race between the former vice president and Trump.

With four weeks to go until Nov. 3, an average of the latest national polls compiled by Real Clear Politics indicates Biden leading Trump by 9.2 points, up from a 6.9 point advantage a month ago. 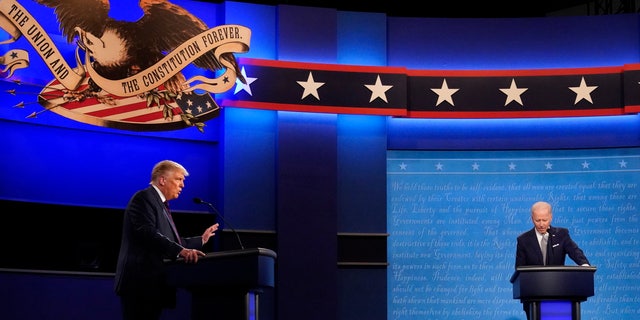 The average includes a new CNN survey released Tuesday that shows Biden surging to 16 point lead over the president – 57%-41% – among likely voters nationwide. The CNN poll was conducted entirely after last Tuesday’s first presidential debate between Biden and Trump and mostly after the president’s hospitalization last Friday after contracting COVID-19.

The average also includes an NBC/Wall Street Journal survey conducted after the first debate but before the president tested positive for the coronavirus that indicated Biden up by 14 points. The CNN and NBC surveys were conducted by live telephone operators.

Four years ago at this point in the 2016 presidential election, Democratic presidential nominee Hillary Clinton held a 4.6 point advantage over Trump. Clinton’s lead would grow to roughly 7 points over Trump by mid-October before shrinking to 3.2 points on the eve of the November election. Clinton ended up winning the national popular vote by 2.1 points.

But the race for the White House is not a battle for the national popular vote. It’s a fight for the states and their electoral votes. And four years ago Trump narrowly edged Clinton in a number of the key general election battlegrounds – including flipping from blue to red the key swing states of Florida, Michigan, Pennsylvania, and Wisconsin by razor-thin margins, to produce a large Electoral College victory to win the presidency. 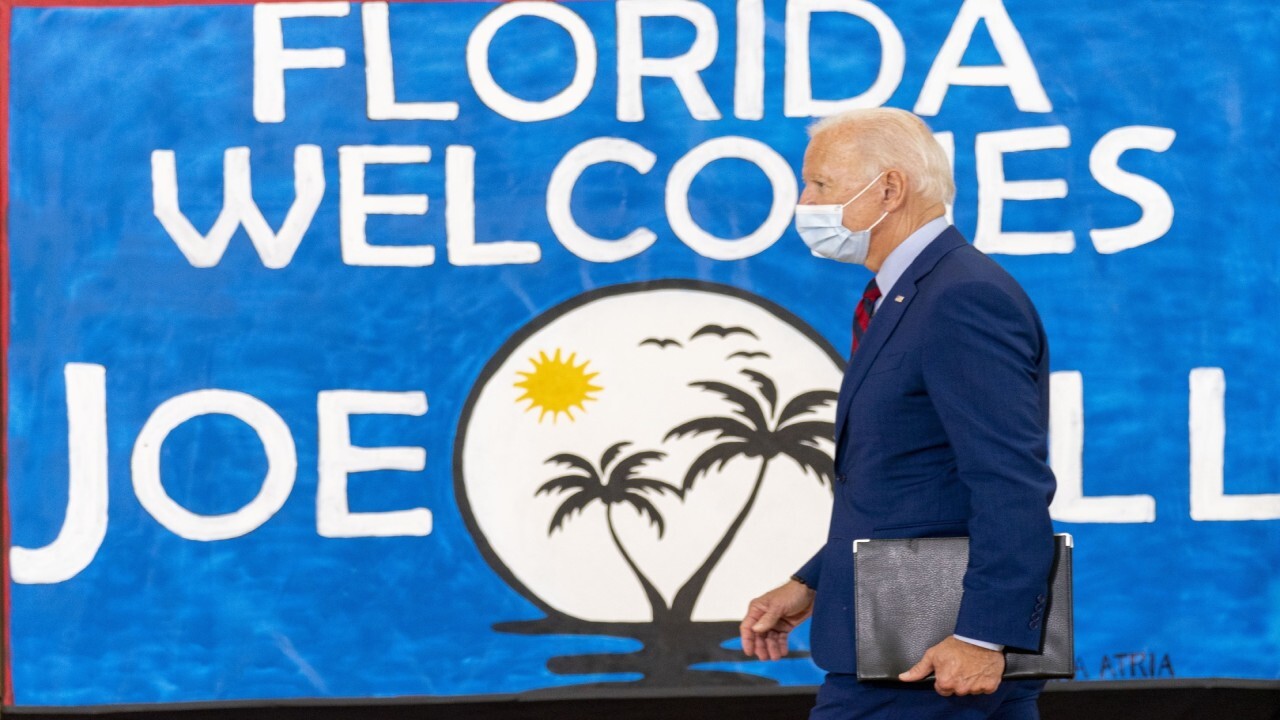 And in three states that Clinton narrowly carried in 2016, Biden currently tops Trump by 5.3 points in Nevada, 8.4 points in New Hampshire, and 9.4 points in Minnesota.

Biden has been cautious when commenting on public opinion polls while Trump has repeatedly blasted most of them for months.

The president on Monday – as he vowed to return to the campaign trail “soon!!!” as he recovers from COVID-19 – once again tweeted that “The Fake News only shows the Fake Polls.”

Election Day is still four weeks away – which is an eternity in campaign politics. But voting is now well underway in much of America.