THIS bionic eye could give humans night vision and quicker reaction times in the future, according to new research.

Scientists have created a proof-of-concept version of the eye that's even more sensitive than a human one. 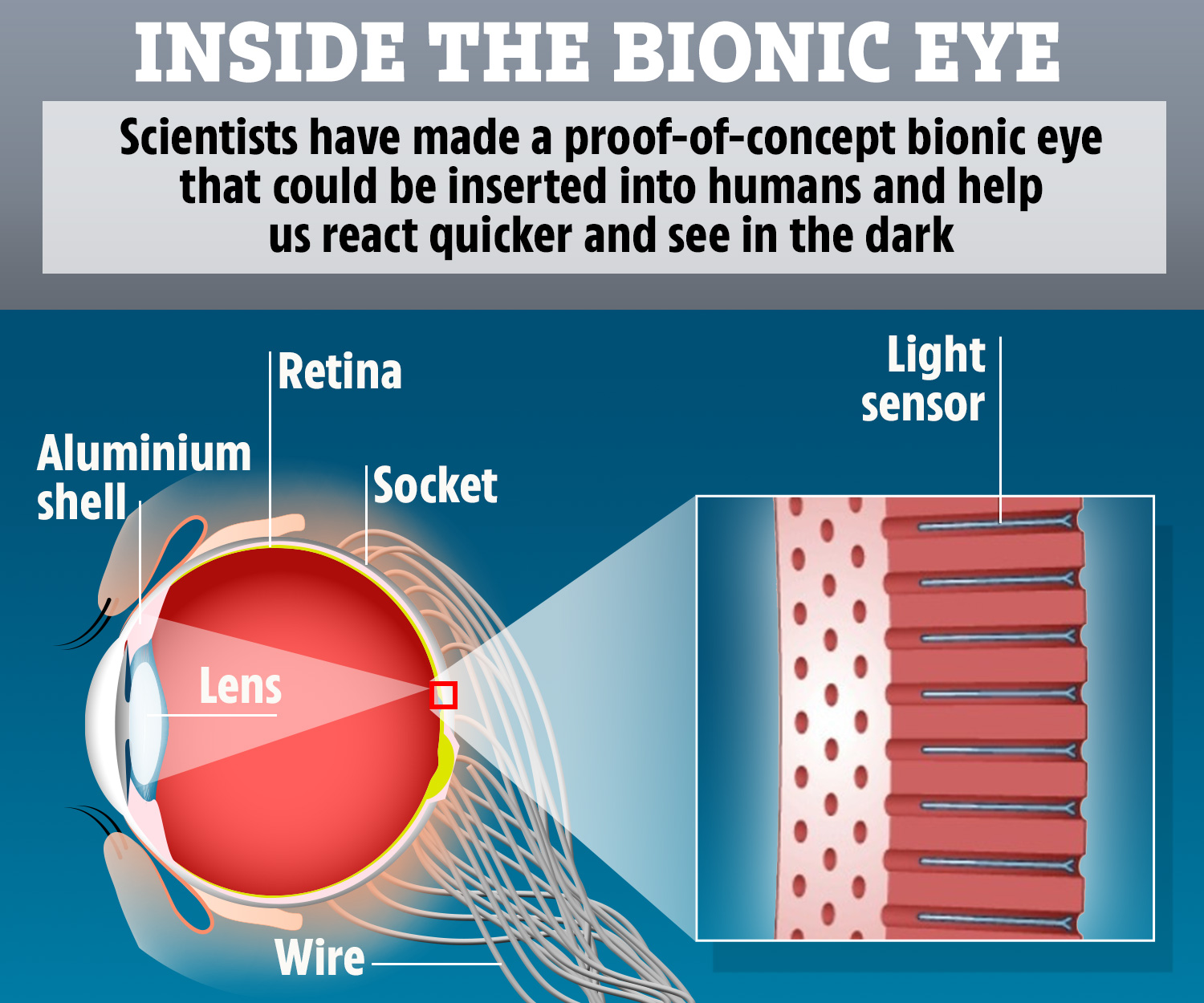 The device mimics the structure of a human eye and could one day be inserted into people as a prosthetic.

Researcher Zhiyong Fan from the Hong Kong University of Science and Technology told Science News: "In the future, we can use this for better vision prostheses and humanoid robotics."

The bionic eye concept consists of a 3D artificial retina and nanowires that could mimic how visual information is relayed to the human brain.

The scientists wrote in their study: "Here we present an electrochemical eye with a hemispherical retina made of a high-density array of nanowires mimicking the photoreceptors on a human retina. 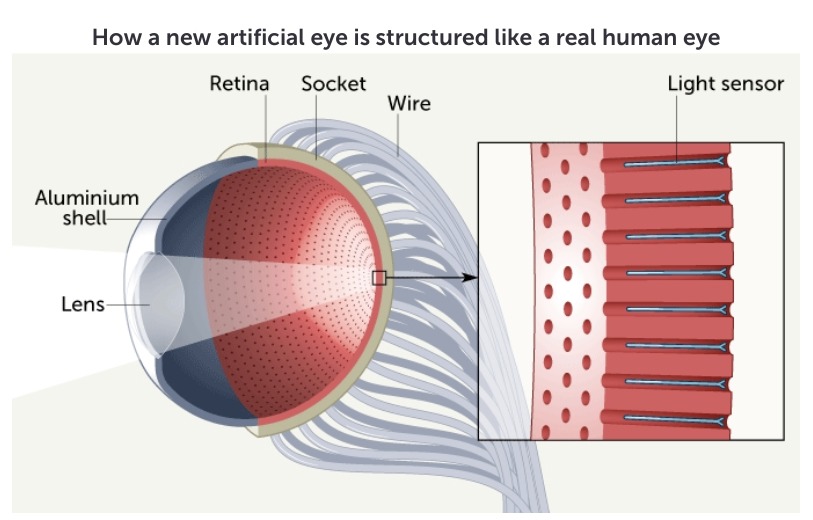 "The device design has a high degree of structural similarity to a human eye with the potential to achieve high imaging resolution when individual nanowires are electrically addressed."

The team, led by Fan, has designed the eye to have tiny sensors made of light sensitive material.

These should help it "see".

They've called it EC-EYE, short for 'ElectroChemical EYE', and think the technology could become "practical" in five years.

The nanowires can then relay the information to a computer processor.

These tiny wires are so sensitive that they could result in night vision.

The eye is also said to react much quicker to changes in light than a human eye.

Every square centimetre of the bionic retina can contain 460 million nanosize sensors.

The human retina has about 10 million photoreceptor cells per square centimetre.

This suggests the bionic eye could even provide more precise and exact vision.

Fan told Inverse that eventually "a user of our artificial eye will be able to see smaller objects and further distance.”

Lots of work still needs to be done before a bionic eye like this could ever be inserted into a human but having this proof-of-concept is a leap forward.

This research has been published in the journal Nature.

A humanoid robot is a robot with a body built like a human.

It may have been designed this way for interacting with human tools or in human environments.

Some of these robots may only have parts of bodies like arms or legs.

Some have human facial features and have been designed to look exactly like us.

In other news, a social distancing gadget that beeps whenever you're within two metres of someone could help people return to work.

Future astronauts should have their DNA altered before making the treacherous journey to Mars, according to scientists.

And, scientists have revealed ‘the art of flirting’ involving 47 successful traits that could lead to love.

What are your thoughts on bionically altering humans? Let us know in the comments…