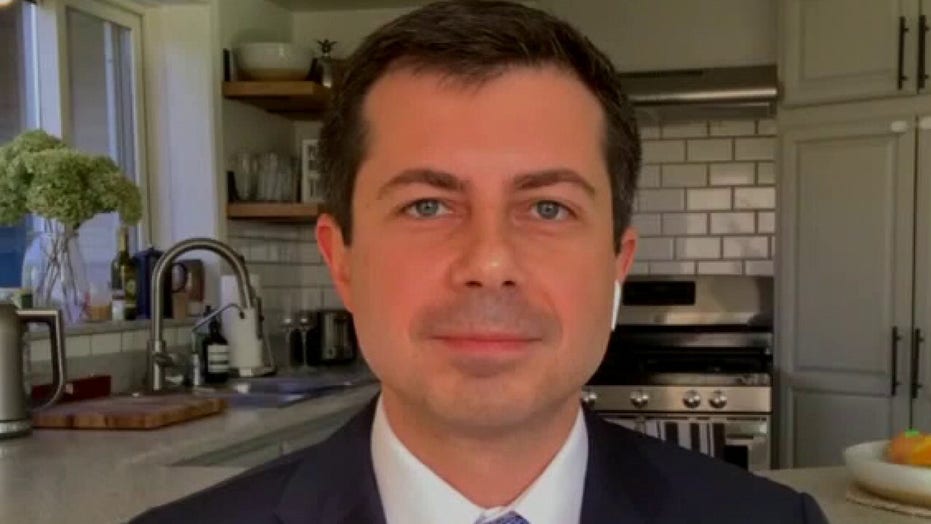 Pete Buttigieg: What Biden wants for US is what most Americans believe is right for nation

Biden transition team member Pete Buttigieg said Sunday that even if they win enough races to maintain control of the Senate, Republicans would be opposing the will of the American people if they stand in the way of President-elect Joe Biden's agenda.

In an appearance on "Fox News Sunday," Buttigieg admitted that the federal government has – "for better or for worse" – a system of checks and balances where Senate leadership could "disagree with a majority of the American people." He said that if a Republican Senate used their power to place a check on a Democratic White House, they would be holding back what the people want.

"At the end of the day the thing we have going for us is the American people are with us," Buttigieg said, claiming that the Senate would be run by "minority rule" if Republicans block Democrat initiatives such as tax hikes and a public health care option." He said it's up to Senate Majority Leader Mitch McConnell, R-Ky.

"Mitch McConnell's going to have a decision to make. Is his purpose in Washington to defy the American people who, along with the president and the House of Representatives, will believe in expanding and not taking away health care," Buttigieg said, "whether he wants to help move this country forward and influence progress or whether he wants to stop progress."

In terms of the immediate future, Buttigieg touted Biden's desire to hit the ground running in tackling the coronavirus pandemic. Biden is expected to announce his task force on Monday. Whether or not Biden takes any additional action before Inauguration Day remains to be seen.

HOW THE REPUBLICANS MAY HAVE SAVED THEIR SENATE MAJORITY

"Well, he’ll decide on the best course of action," Buttigieg said. He added that Biden will also "have to make a decision" regarding whether or not to get involved in negotiations with Congress over coronavirus relief legislation that has stalled for months.

"I think we all hope that that logjam in Washington comes to an end," Buttigieg said.

The former South Bend, Ind., mayor was ultimately optimistic about a Biden administration, claiming that despite political differences, Biden shares common goals with people on both sides of the aisle.