WASHINGTON — In early July, President Biden stood in the East Room of the White House and bristled at the suggestion that the Afghanistan War would end in the same ignominious manner as the war in Vietnam.

"There's going to be no circumstance where you see people being lifted off the roof" of the U.S. Embassy in Kabul, said Mr. Biden, who in April had ordered the full withdrawal of U.S. forces by Sept. 11.

His optimism proved to be just one more miscalculation made by U.S. administrations over the past 20 years.

With shocking speed, the Taliban have retaken the country the U.S. spent some 2,500 American lives — and some 150,000 Afghan lives — trying to refashion as a secure, pro-Western democracy. The U.S. found itself injecting thousands of troops back into Afghanistan in recent days to try to evacuate Americans and their allies before the Taliban seal the exits.

Much like U.S. Marines burned sensitive documents on the roof of the Saigon embassy in 1975, American commandos in Kabul broke hard drives full of classified material on Sunday to keep them out of Taliban hands, according to a U.S. military official. 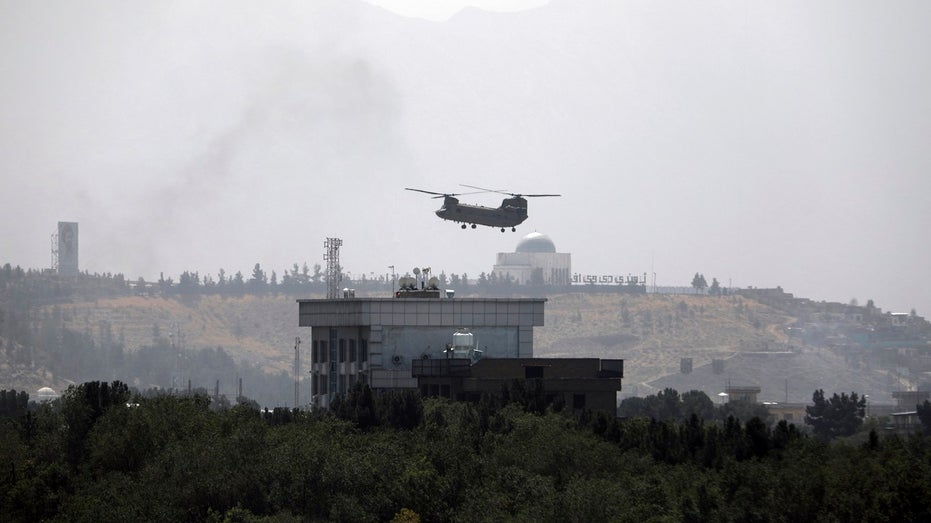 Through two decades of combat and hundreds of billions of dollars spent building up Kabul's military and civilian institutions, successive U.S. administrations followed strategies that inadvertently fueled support for the insurgency, missed windows to negotiate and, finally, came to a settlement with the Taliban that undercut the ability of the Afghan government to negotiate concessions.

Along the way, the U.S. underestimated the damage caused by empowering local warlords who took government jobs, and turned a blind eye to corruption that hollowed out government institutions.

American policy makers overestimated the Afghan military's ability to defend the country, and, toward the end, U.S. negotiators misjudged the enemy's willingness to accept anything less than total victory.

The missteps began almost immediately after U.S. forces, seeking revenge against the regime that gave shelter to Osama bin Laden and the other al Qaeda perpetrators of the Sept. 11, 2001, attacks, invaded Afghanistan.

The Americans quickly swept the Taliban from power, leaving the Islamists back on their heels in 2002. Amid public anger over the terrorist attacks, then-President George W. Bush's administration missed the opportunity to make peace with the weakened Taliban and give them a role in the country's future. Mr. Bush soon turned his attention to the invasion of Iraq, distracting resources and attention from Afghanistan.

Bette Dam, an authority on the Taliban and author of "Searching for an Enemy: The Secret Life of Mullah Omar," said the U.S. was so focused on hunting down enemy fighters that it was blind to the way locals used the Americans to settle their own personal grievances with other Afghans.

"They killed Afghans with no recognition for the personal agendas of their allies and informants," Ms. Dam said. "The U.S. wanted to see Taliban everywhere." 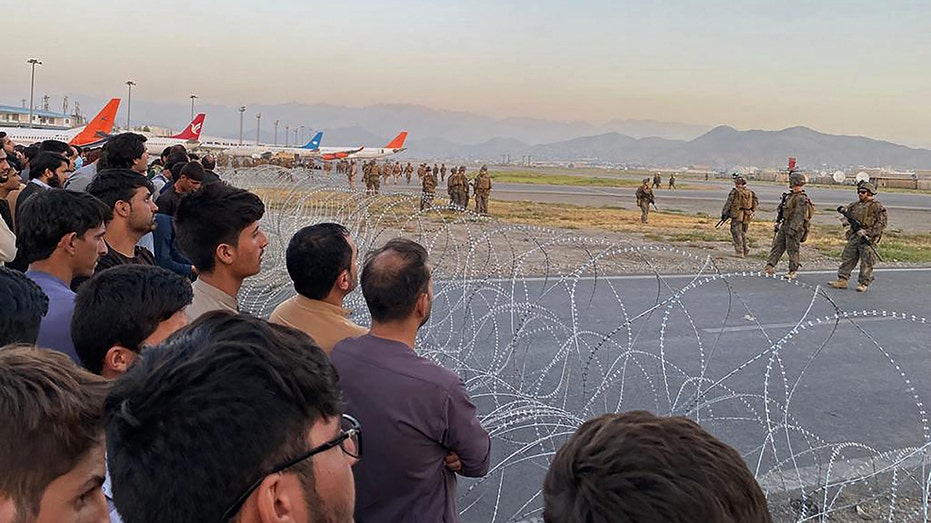 Left out of the country's future, the Taliban turned to insurgent warfare and bounced back over the years that followed, pecking at U.S. forces and drawing Washington further into the war. In 2007, there were roughly 25,000 U.S. troops in Afghanistan; in 2009, then-President Barack Obama ordered reinforcements, who eventually brought the American commitment to more than 100,000 troops.

Even then, the Taliban held relatively little territory and might have been amenable to a negotiated peace, according to Ashley Jackson, a Taliban expert and co-director of the Centre for the Study of Armed Groups at the Overseas Development Institute think tank.

"The mistake was not negotiating with the Taliban a decade earlier when their demands were more manageable," Ms. Jackson said.

Mr. Obama ordered a troop reduction in 2014, handing over the combat lead to Afghan forces, without first extracting meaningful concessions from the Taliban, who could see the balance shifting their way. In many districts, insurgents began setting up shadow governments that signaled their eventual return to Afghan civilians who, while often fearful of the Taliban, also resented the Kabul administration's corruption.

In 2016, a U.S. airstrike killed Taliban leader Mullah Akhtar Mansour in Pakistan. Mr. Mansour was a businessman and was seen among senior Taliban as a pragmatist, with a genuine interest in peace talks.

"It was a big mistake to kill him," said Ms. Dam. "It was very clear that Mansour had given the sign that he was interested in talks."

Throughout the war, U.S. commanders publicly praised the growing abilities of the Afghan army, air force and police, boasting that the military campaign was increasingly Afghan-led. While the numbers sounded impressive — Mr. Biden recently put the Afghan security forces' strength at 300,000 troops — in fact, the Afghan military's ability to fight on its own, without close U.S. air or ground support, was never as solid as the Pentagon said.

"It's easy to measure inputs — how many weapons they have, what salaries are being paid," said Michael O'Hanlon, an Afghanistan expert at the Brookings Institution. "What you can't measure is how much will they fight when we aren't watching." 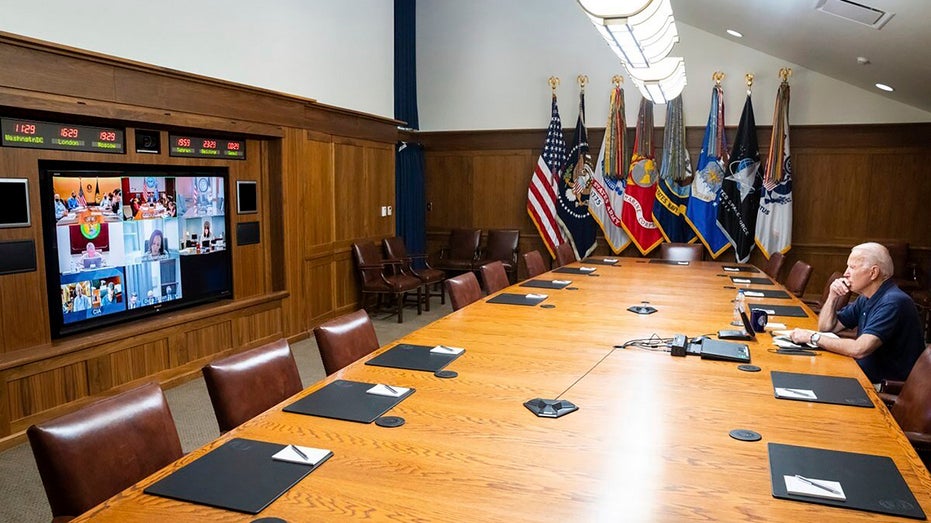 Afghan generals relied heavily on their best commando units, trained by U.S. Special Forces, to provide backbone for the conventional troops. The approach worked at times but wore the commandos down. For years, U.S. commanders sounded the alarm in Kabul about overuse of the commandos.

On Sunday, Secretary of State Antony Blinken emphasized the strength of Taliban forces.

"We've known all along that the Taliban was at its strongest position in terms of its strength since 2001," he told NBC's "Meet the Press."

But, he added in an interview with ABC News, the Taliban takeover "did happen more rapidly than we anticipated."

Then-President Donald Trump's administration conducted negotiations in Qatar without including the Kabul government, which was invited to join the talks only after the U.S. had agreed to withdraw its forces. The move deprived Afghan President Ashraf Ghani of his main point of leverage — American military strength.

Over the subsequent months, the Taliban met with representatives of the Afghan government. But during marathon talks in the Qatari capital's luxury hotels, the insurgents never offered tangible concessions in return for peace and provided little detail about what they wanted. They stated only that they wanted an Islamic state in Afghanistan, without elaborating.

U.S. military commanders say they were clear-eyed about the danger and warned Trump administration officials that the Taliban were just delaying talks while the insurgents secured battlefield gains.

"I can't think of a better glaring warning than, 'The Taliban are not negotiating,' " a U.S. military official familiar with the conversations said Sunday.

The U.S. "never invested in the peace process, and then they removed all the leverage they could have thrown behind the Afghan government," Ms. Jackson said. "It was really shoddy in terms of establishing preconditions for an end to the conflict."

Mr. Ghani fled the country. Rifle-toting Taliban fighters posed in his office on Sunday, according to an Al Jazeera report.