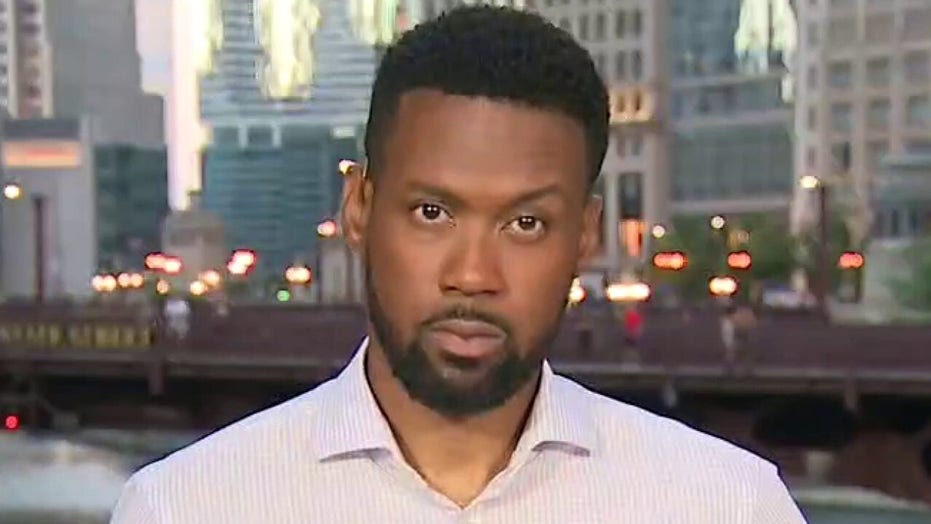 Lawrence Jones, host of ‘Keeping Up with Jones’ on Fox Nation, joins Sean Hannity with insight on ‘Hannity.’

Fox Nation host Lawrence Jones joined "Hannity" Monday after speaking with residents and business owners on Chicago's South Side, scene of much of the gun violence that has killed dozens of people this month.

Several local residents who spoke to Jones blamed city and state leaders for either failing to clamp down on the violence or failing to allow Chicagoans to protect themselves properly.

"Fourteen people [were shot] at the funeral home [last week]. That's around the corner from my house," one man told Jones outside a grocery store. "I drive past it all the time. I could have been a victim of that just riding past."

When Jones asked another resident if the violence has been normalized, the person replied, "it's not normal … it's crazy."

A shop owner told Jones that he applied for a firearm permit in late March, but has received no reply. It was unclear whether responsibility for the hangup rested with the state or the city.

One resident, when asked whether President Trump should be allowed to send federal law enforcement into Chicago, one resident expressed support.

"I have heard some comments from Mayor Lori Lightfoot, and she doesn't want that type of action in our city," they said. "But I'm for it. We've got to do what we've got to do."

Between 6 p.m. Friday and midnight Sunday, the department recorded 39 shootings and three homicides, down from 17 shootings and 87 homicides over the July 4 weekend.