A Roman Catholic church in Texas has indefinitely suspended public Masses after the death of one elderly priest and the COVID-19 diagnoses of five others.

Rev. Donnell Kirchner, a 79-year-old priest from Houston’s Holy Ghost Church,  died on May 13 after being diagnosed with pneumonia, the Archdiocese of Galveston-Houston confirmed in a statement Monday. The archdiocese said it was unclear whether Kirchner was tested for COVID-19. Holy Ghost Church’s website says there is a possibility that the priest contracted the virus before he died.

Five members of Kirchner’s religious order, the Redemptorists, tested positive for the illness over the weekend, the archdiocese said.

Two of the priests who tested positive have been helping to lead public Masses at Holy Ghost Church since the parish reopened on May 2. As of Monday, all five priests were asymptomatic and were quarantining with other members of the religious order at their shared residence.

In light of these new developments, the church canceled all Masses until further notice and is encouraging anyone who attended its in-person Masses to get tested for COVID-19.

The archdiocese said the parish has “followed cleaning, sanitation and social distancing guidelines prescribed by State health officials” and that attendance has been “closely controlled. The parish has a seating capacity of about 900, but Sunday Masses have not exceeded 179 people since May 2,” the archdiocese said. 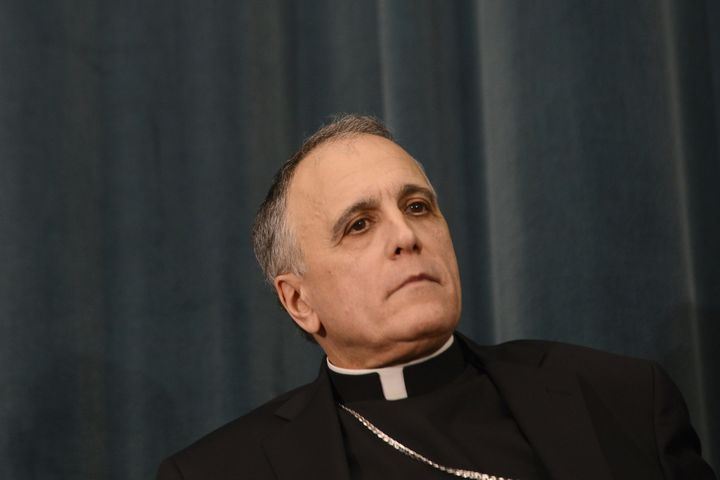 On May 1, Texas became one of the first U.S. states to lift parts of its stay-at-home order. Although the state has issued some minimum recommended protocols, churches and other houses of worship have been exempt from Gov. Greg Abbott’s limits on social gatherings.

The Archdiocese of Galveston-Houston announced on April 29 that its parishes could reopen at 25% capacity starting on May 2 while encouraging the use of masks, social distancing and sanitizing commonly used surfaces. Each parish was instructed to “choose if they wish to celebrate Mass, and how to comply with state guidelines,” according to the archdiocese.

In mid-March, DiNardo dispensed, or exempted, Catholics in his archdiocese from the religious obligation to attend Mass on Sundays and Holy Days. The dispensation is still in effect, but DiNardo wrote in an April 29 letter that it’s important for worshippers to have access to the Eucharist and Confession.

“I have heard the continued pleas of so many of the faithful and priests for access to the spiritual strength and nourishment of the sacraments after enduring so many weeks of stay-at-home orders,” DiNardo wrote in a letter to parishioners. “Therefore, I believe the time has arrived to look forward to how this local church can cautiously resume some of its essential activities.” 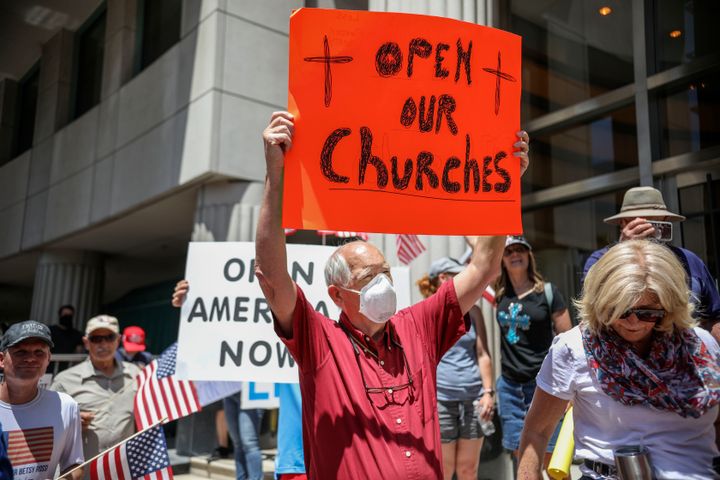 According to the Texas Catholic Herald, the archdiocese’s newspaper, “hundreds” of parishioners attended large suburban churches during the first weekend in May. Attendance at smaller, inner-city churches was 40 or less.

The Harris County Public Health Department directed HuffPost to the City of Houston for comment. The Houston Health Department said it doesn’t identify locations associated with infectious disease investigations and declined to say whether a secular gathering similar to Holy Ghost Church’s services would meet the city’s coronavirus guidelines.

U.S. houses of worship have been linked to several clusters of coronavirus cases since the beginning of the coronavirus pandemic. On Tuesday, the Centers for Disease Control and Prevention tweeted a reminder that COVID-19 spreads easily in group gatherings, including at houses of worship.

The CDC pointed to cases that emerged in rural Arkansas in early March, when 35 worshippers were infected with COVID-19 after two symptomatic people attended church events. Three parishioners died and an additional 26 cases linked to the church spread into the community.

In Georgia, where churches are exempt from Gov. Brian Kemp’s stay-at-home-order, three cases of COVID-19 were linked to Catoosa Baptist Tabernacle in Ringgold, according to ABC affiliate WTVC. The church has since suspended in-person meetings.

Health officials in Butte County, California, suspect that over 180 people may have been exposed to COVID-19 at a May 10 religious service that was held in defiance of the state’s ban on religious gatherings. The health department, which has not identified the house of worship involved, is now working to make sure all individuals who attended the service are tested.

The house of worship’s decision to open “comes at a cost of many hours and a financial burden to respond effectively to slow or stop the spread of COVID-19,” Butte County’s health department said in a statement.