Could Andrew Cuomo pardon himself before leaving office? 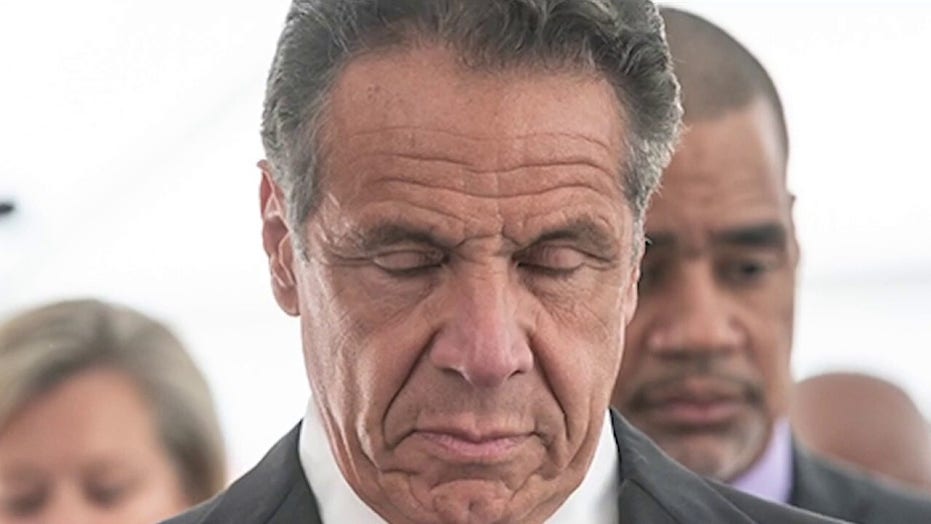 Cuomo has denied the allegations contained in state Attorney General Letitia James’ investigation, which claimed he engaged in inappropriate sexual conduct with 11 women, including former and current state employees, from 2013 to 2020.

Albany County Sheriff Craig Apple said over the weekend that his office was investigating Commisso’s complaint and that it could lead to criminal charges. Apple told the Times Union on Tuesday that Cuomo’s resignation, effective in two weeks, would not impact the investigation.

“It was never about his office although I appreciate him putting the people of New York first and stepping aside,” Apple said.

District attorneys in Manhattan, Nassau, Oswego and Westchester Counties also announced they were investigating allegations from in James’ report.

Fox News contributor Andrew McCarthy, who served as assistant U.S. attorney for the Southern District of New York, told Fox News that there is currently no provision of New York law that would bar the governor from issuing a self-pardon.

That said, McCarthy doesn’t think Cuomo will go that route.

“I don’t believe Cuomo would pardon himself, because the groping crime he’s under investigation for in the Commisso complaint is (a) considered a misdemeanor and not very serious (i.e., it’s not considered felony sexual assault), and (b) he has vigorously denied the allegation and a pardon would be tantamount to a confession of guilt,” McCarthy said.

There have been a handful of instances in U.S. history when governors pardoned themselves. In 1911, Tennessee Gov. B.W. Hooper sentenced himself to two days in prison in order to “study conditions firsthand,” and then he pardoned himself a day later, Newsweek reported in 2017, citing newspaper accounts from the time.

In 1941, Washington Gov. Arthur Langlie, a Republican, unintentionally pardoned himself due to a stenographer’s mistake in a transcription, which was later corrected, according to Newsweek’s report.

And in 1956, the Democratic governor of Arkansas, Orval Faubus, reportedly pardoned himself after he was briefly jailed, though the details surrounding the incident are unclear.

Cuomo’s office didn’t immediately return a request for comment as to whether he has any plans to pardon himself.

Lt. Gov. Kathy Hochul, a Democrat, will take over as governor of New York once Cuomo’s resignation becomes effective on Aug. 24.