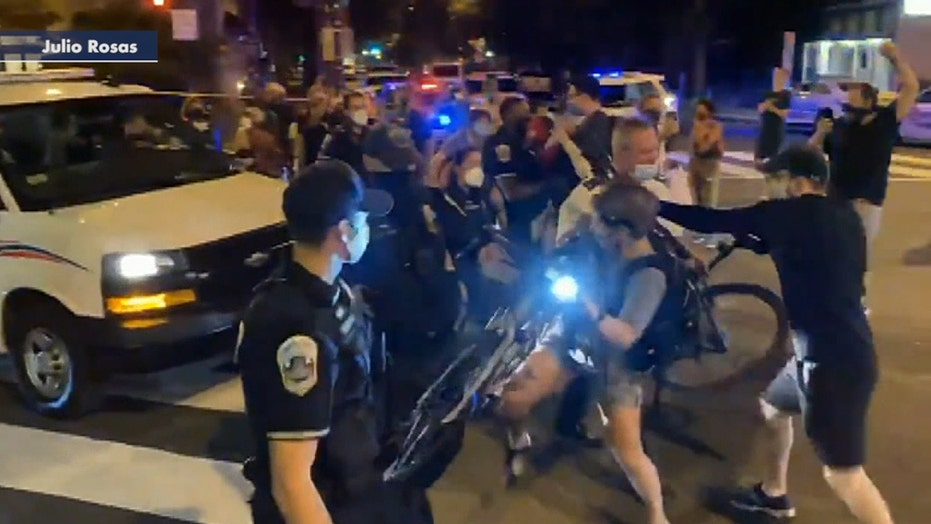 Muriel Bowser, the Democrat mayor from Washington, D.C., sent an open letter to the U.S. attorney in the district, urging him to advance the “prosecutions of those responsible for assaulting police officers, destroying property and undermining the safety” of peaceful protesters.

The letter to U.S. Attorney Michael Sherwin comes after violent protests that seemed to reignite on Thursday—the final night of the Republican National Convention where six officers were reportedly hospitalized after violent clashes. The unrest continued and police said they made 14 arrests between Sunday afternoon and early Monday.

Bowser, who has publicly clashed with President Trump over protests in the city, said in the letter that “it is critical that when these violent offenders are taken into custody, their cases are prosecuted to the fullest extent of the law.”

She said she was “dismayed” that the office declined to prosecute “41 of the 42 rioting arrests” made in the district earlier this month. She also called out the office for declining 28 of 63 affidavits “in support of arrest and search warrants” related to these violent protests.

“This mirrors a disturbing pattern we have also identified in homicide cases, where our records reveal 18 warrants that are currently pending with your office awaiting action,” the letter read. “I believe we both recognize the grave threat created by allowing homicides to remain open.”

Bowser said at a press conference on Monday that outside agitators were responsible for the recent unrest. Of the 27 arrests from Thursday to Monday, 70 % were from outside the district, NPR reported.

Sherwin’s office responded to Bowser in a lengthy statement, Mayor Muriel Bowser’s public statement today related to the United States Attorney’s Office reluctant to prosecute “68 outstanding arrest warrants” is patently false and serves no purpose other than to pass blame and foster innuendo.  Since the protests began, this Office has never turned down a single case for prosecution in which there was sufficient evidence to support probable cause."