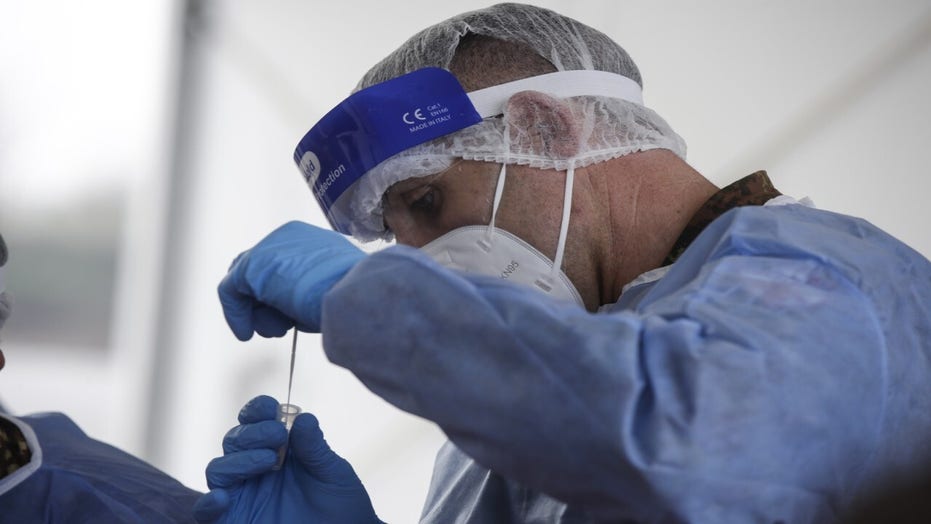 How accurate is coronavirus testing?

But tragically, Covid is making more Americans sick than ever before.

And with Washington paralyzed, governors and mayors across the country–Republicans and Democrats–are ramping up, cracking down and in some cases imposing restrictions they have long resisted.

With the virus having claimed the lives of a quarter of a million of Americans, it’s clear that President Trump has been preoccupied with election battle. That’s why the missing-in-action White House virus task force held a briefing yesterday. And Joe Biden has been increasingly vocal in saying the lack of a transition is hurting his efforts to plan for the coming vaccines.

But put that aside for a moment. The most frustratingly difficult part of the pandemic has been the way the response was reduced to a partisan and even cultural battle.

In broadest terms, Democrats favored masks, Republicans (including Trump) were ambivalent–and some outright opposed them.

But now the coronavirus is no longer an urban problem, a blue-state problem or a regional problem. This fall surge is shattering records, straining hospital resources in some areas. On Wednesday alone there were more than 172,000 new cases, and more than 1,900 deaths.

“Our situation is Ohio is deteriorating,” said the governor, Mike DeWine. “We’re seeing more and more cases, more and more people in the hospital. We’ve got to turn this thing around.”

With the Senate leaving town yesterday without progress on an aid package, governors and mayors are being forced to act. We’re way beyond the point of blaming the virus on media hype, or hoping it will melt in the summer’s heat. With many people expected to travel next week for Thanksgiving – which the CDC opposes and which has become a cultural flashpoint – experts expect the numbers to get worse.

It’s hard to understand, therefore, why Scott Atlas–the one virus task force member who Trump seems to like–would urge people to “rise up” against the latest restrictions on schools, restaurants and sports imposed by Michigan Gov. Gretchen Whitmer. Atlas apologized and said he wasn’t trying to incite violence against Whitmer, the recent target of a kidnapping plot.

While any form of lockdown must be weighed against the impact on businesses struggling to survive, and no restriction is a panacea, the New York Times reports that such measures work. “The surge is worst now in places where leaders neglected to keep up forceful virus containment efforts or failed to implement basic measures like mask mandates in the first place,” the paper says. So the New England states, for example, are having a smaller fall surge than the Upper Midwest, Mountain West, Texas and Florida.

The coronavirus debate was weaponized during the election as Biden and the Democrats bashed Trump for, among other things, his early insistence that it would soon fade. This would be the natural time for the country to come together over this health care crisis, but Trump’s refusal to concede has made that more difficult.

But at least in the states and cities, there is a growing recognition that we must act decisively to save lives–even if we’re all tired of the disease that has changed the way we live.