It’s as if Gov. Ron DeSantis (R) is unaware that there’s a public health crisis and tropical storm cleanup he could be pouring his time into.

The Miami Herald reported Tuesday that Florida’s Republican governor has drafted “anti-mob” legislation that would drastically expand the state’s “stand your ground” law ― which currently allows people to use deadly force to defend themselves if they think they’re in danger of being killed or seriously harmed by another person, per Fort Myers’ News-Press. 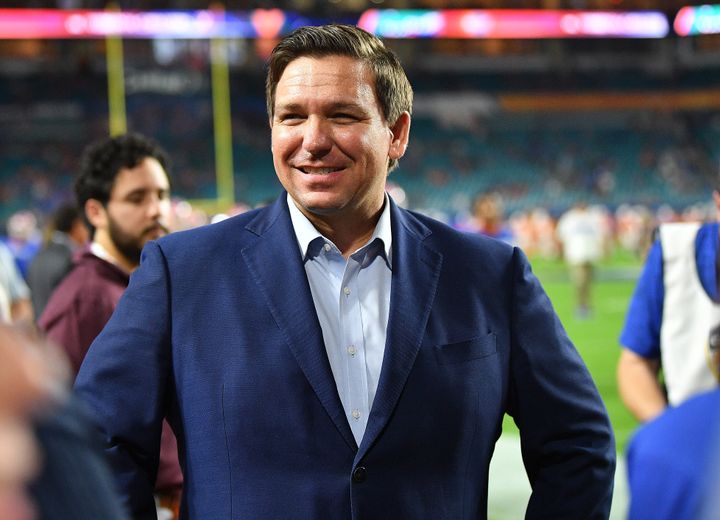 Critics blasted the bill as a gift to would-be vigilantes. Former Miami-Dade prosecutor Aubrey Webb told the outlet he worries that language in the drafted legislation is too vague and gives armed citizens the “power to kill as they subjectively determine what constitutes ‘criminal mischief.’”

DeSantis’ proposal would expand the “stand your ground” law to property crime and allow the use of force against “violent or disorderly assemblies” or “criminal mischief” occurring within 500 feet of a business that is experiencing “interruption or impairment” due to this conduct, according to the Herald — which said it obtained emails and a copy of the bill draft.

The legislation would also make it a “third-degree felony to block traffic during a protest, offer immunity to drivers who claim to have unintentionally killed or injured protesters who block traffic, and withhold state funds from local governments that cut law enforcement budgets,” the Herald reports.

The language protecting drivers follows a wave of right-wing vehicle-ramming attacks against peaceful protesters this summer.

“It allows for vigilantes to justify their actions,” Denise Georges, a former Miami-Dade County prosecutor who had handled “stand your ground” cases, told the Herald. “It also allows for death to be the punishment for a property crime — and that is cruel and unusual punishment. We cannot live in a lawless society where taking a life is done so casually and recklessly.”

The legislation is in response to police-brutality protests that surged across Florida and the United States this summer, after the police killing of George Floyd in Minneapolis. It also mirrors President Donald Trump’s attitudes toward the largely peaceful demonstrations. 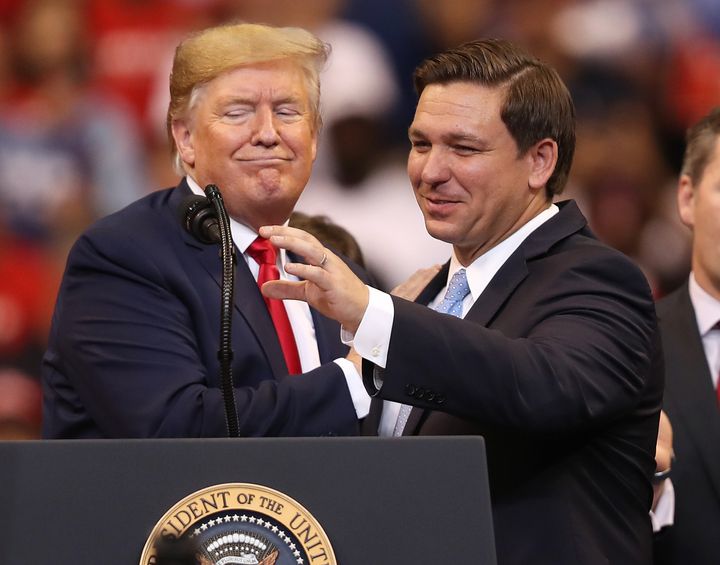 In August, the president defended Kyle Rittenhouse — the 17-year-old Trump supporter who fatally shot two people in Kenosha, Wisconsin — after unrest erupted over the police shooting of Jacob Blake. Rittenhouse was an armed vigilante from out of state who came to the Black Lives Matter protest with an assault-style rifle to “protect” property.

In September, Trump’s Justice Department designated New York City, Seattle and Portland — three cities where anti-racism protests loomed large — as “anarchist jurisdictions.” The department claimed that these cities “permitted violence and destruction of property to persist and have refused to undertake reasonable measures to counteract criminal activities” and threatened to take away the cities’ federal funding as a result.

DeSantis is a major supporter of Trump’s, and the president endorsed DeSantis’ run for Florida governor in 2018. A maskless DeSantis was also caught on video high-fiving supporters (then touching his nose) at a Trump rally in October during the ongoing COVID-19 pandemic.

“It’s clear that the Trump beauty pageant is still going on with governors and senators, who all want to be the next Trump,” Miami Beach Mayor Dan Gelber told the Herald. “And the governor is clearly a very good contestant.”