Furlough UK: Rishi Sunak to reduce support from next month – will your pay change?

Furlough payments have kept many businesses and workers afloat this year as coronavirus continued to decimate the economy. The “Coronavirus Job Retention” scheme was introduced by Rishi Sunak to help fund wages while the pandemic raged on but the Chancellor of the Exchequer adamantly stated that the scheme cannot continue indefinitely.

The furlough scheme, along with other support measures, has been adapted and extended in recent months but as the scheme went on its support gradually reduced.

While the furlough scheme covered 80 percent of employee’s earnings throughout, the government gradually expected companies to contribute to the overall cost.

From this month, the government will contribute 70 percent of wages, up to £2,187.50 in total, with employers contributing the remaining 10 percent.

This dropped from 80 percent in previous months but from October, additional reductions will be made. 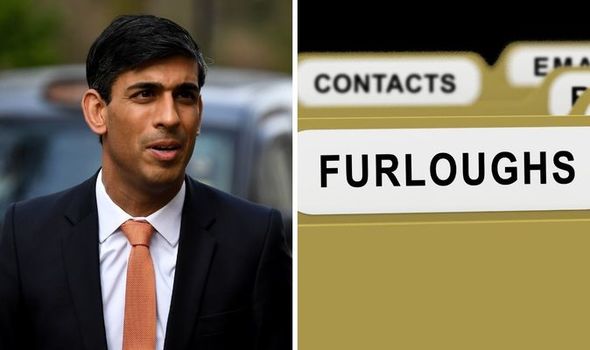 From October, the government will cover 60 percent of wages, up to a maximum of £1,875.

Employers will then need to contribute the remaining 20 percent, which could cost them up to £625 per furloughed employee.

Many have warned that as this change occurs, there may be a wave of redundancies made as employers may struggle to cover the costs.

On top of this, many employers may be nervous at the moment as HMRC has detailed that they will crack down on fraudulent cases and claims in the coming months.

Some employers may have inadvertently committed a certain type of fraud as eventually, the government allowed furloughed workers to come back to work on a part-time basis.

However, the rules on this were very strict and part-time work could only be commenced from July 1.

It’s possible that some employers and workers may have got ahead of themselves with these plans and got back to work prematurely.

Danielle Humphries, a Solicitor in the employment team at Lime Solicitors, broke down what this all could mean in practice: “On July 1, the government introduced the possibility of furloughed workers being able to work part-time for their employer.

“Prior to this date, any work undertaken by furloughed employees for their employer would result in a breach of the furlough scheme rules.

“Employers may also face criminal investigations and prosecution for fraud and other offences where employees have been made to work whilst placed on furlough leave.

“If any furloughed employees have been asked to work for their employer whilst on furlough leave they should report this to HMRC otherwise they themselves could, in a worst-case scenario, also face investigation as a result of the potential fraud.”

There have been many calls to extend the furlough scheme into winter given that coronavirus is still impacting the economy.

Rishi Sunak has heard these calls but in July he reaffirmed that this simply will not happen, as he explained in his “A Plan for Jobs” speech: “Furlough has been a lifeline for millions, supporting people and businesses to protect jobs.

“But it cannot and should not go on forever. I know that when furlough ends it will be a difficult moment.

“I’m also sure that if I say the scheme must end in October, critics will say it should end in November.

“If I say it should end in November, critics will just say December.

“But the truth is: calling for endless extensions to the furlough is just as irresponsible as it would have been, back in June, to end the scheme overnight.”