More than 3,000 uncounted ballots turned up in Georgia as the state is conducting an audit of the 2020 presidential election.

As the hand-tallying continues, officials in Fayette County unearthed 2,755 ballots that had not been included in the original count.

"There was an issue where we noticed there were more people on the absentee ballot filed for voting in person in Fayette County than was in the actual reporting," Georgia election official Gabriel Sterling said, according to Fox 5 Atlanta. "It was discovered today for certain. Because of the audit, we found this."

Sterling said the problem was the result of several individuals not following the proper procedures.

An additional 284 ballots were found in Walton County. The local Board of Elections chair, Lori Wood, told the Walton Tribune the problem was due to votes being previously uploaded from only one of the two ballot scanners in a precinct.

The recent findings follow the discovery of more than 2,600 ballots in Floyd County that had not been counted. At the time, Floyd County Republican Party chair Luke Martin called the mishap “concerning” but insisted that it “doesn’t appear to be a widespread issue.” 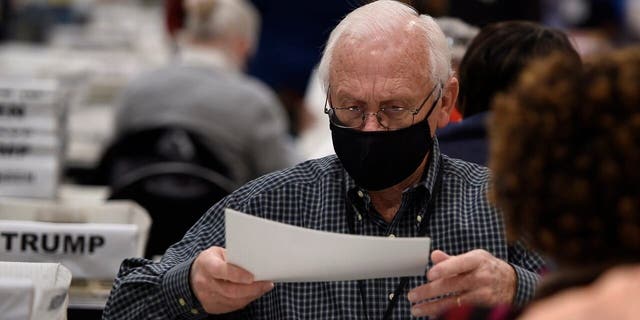 The state is also conducting an investigation of Fulton County's election management.

Unless additional uncounted ballots are found during the audit, it does not appear that the audit will result in a change in the state's election result as President-elect Joe Biden had been leading by approximately 14,000 votes. Sterling said the updated count in Fayette County trimmed the lead to just under 13,000.

If the audit were to end up with Trump winning the state, he would still only have 248 electoral votes, with Biden remaining at 290.