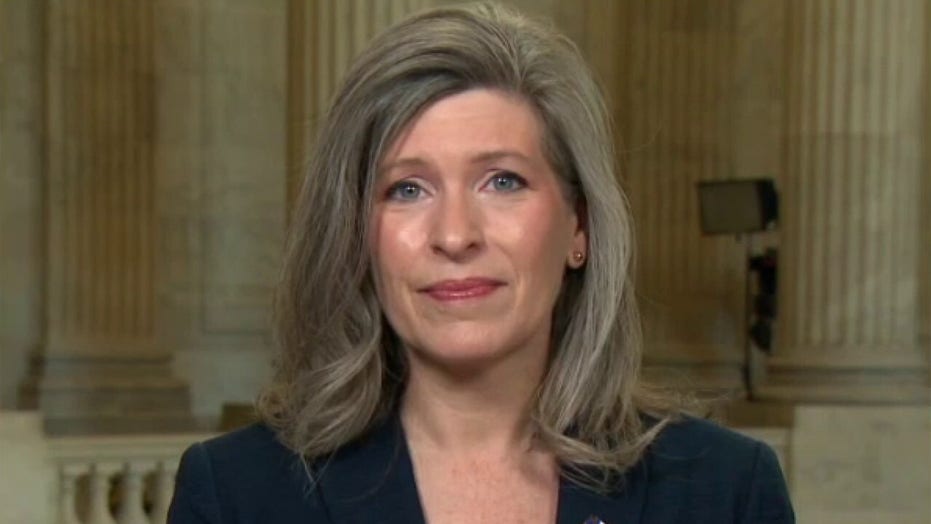 Sen. Joni Ernst, R-Iowa, on the report that China is allegedly preparing a biological weapon for WWIII.

A group of Republican senators sent a letter to President Biden holding the president to his campaign promises to support the biofuel industry and family farmers.

Sen. Joni Ernst, R-Iowa, led a letter with five of her Senate GOP colleagues to the president on Wednesday, pointing out his campaign promises in support of the biofuel industry as the Biden administration weighs “bailouts” for fuel refineries.

“With reports indicating the Biden Admin is weighing bailouts for Big Oil and undermining the #RFS, I’m holding President Biden accountable for the promises he made on the campaign trail to support the biofuel industry & the family farmers who rely on it,” Ernst said in a Wednesday tweet.

“In a letter to [Biden] today, six senators called on him to stand by his campaign promise to ‘promote and advance’ low-carbon #ethanol and other #biofuels,” the Renewable Fuels Association wrote on Twitter.

The letter takes aim at Biden for his campaign promises and the Democratic Party’s platform, which included an intent to “grow the nation’s biofuel manufacturing sector, including by strengthening the Renewable Fuel Standard, supporting E15 blends, and supporting research, development and deployment of advanced biofuel.”

The senators also pointed out Biden’s statement on the campaign trail decrying the previous administration’s “use of oil refinery waivers that directly harmed our farmers and biofuel producers.” The letter also slams the president for “reportedly considering bailouts for these refineries” after “having no doubt heard the same tired and debunked complaints from big oil refiners about the Renewable Fuel Standard (RFS) harming them.”

“Apart from being inconsistent with your stated policy position on the campaign trail last year, this proposal is also contrary to your stated commitment to move our economy toward a cleaner energy future, as biofuel like corn-based ethanol reduce greenhouse gas (GHG) emissions dramatically relative to petroleum-based gasoline,” they wrote.

The lawmakers urged Biden “not to bend” to the demands of the oil lobby to “undercut the RFS, by either reducing annual blending obligations or by any other means that destroys demand for clean renewable ethanol and biodiesel.”.

“The farmers and biofuel industries in our states would welcome the same access to your national climate adviser to discuss shared priorities,” they added.

Joining Ernst on the letter are Sens. Chuck Grassley of Iowa, John Thune and Mike Rounds of South Dakota, and Ben Sasse and Deb Fischer of Nebraska.

The White House declined to comment on the senators’ letter.